Among them was Sen. Bernie Sanders of Vermont, who brought down the house at the meeting, which included hundreds of college students from across the nation.

Sanders got an exuberant standing ovation from the crowd of about 4,000 when he stepped on the stage of the ballroom at the Walter E. Washington Convention Center. He was interviewed for 30 minutes by “Pod Save the World” podcast hosts Tommy Vietor and Ben Rhodes, both former advisers to President Barack Obama.

“I am very proud to be Jewish, and I look forward to being the first Jewish president of the United States,” said Sanders, who played to the crowd by standing up and addressing them directly — even as his questioners sat down.

But it was not only Sanders’ Jewishness that accounted for his warm embrace by the group. Sen. Michael Bennet of Colorado, another presidential candidate who appeared at the event, is also Jewish, though non-practicing. 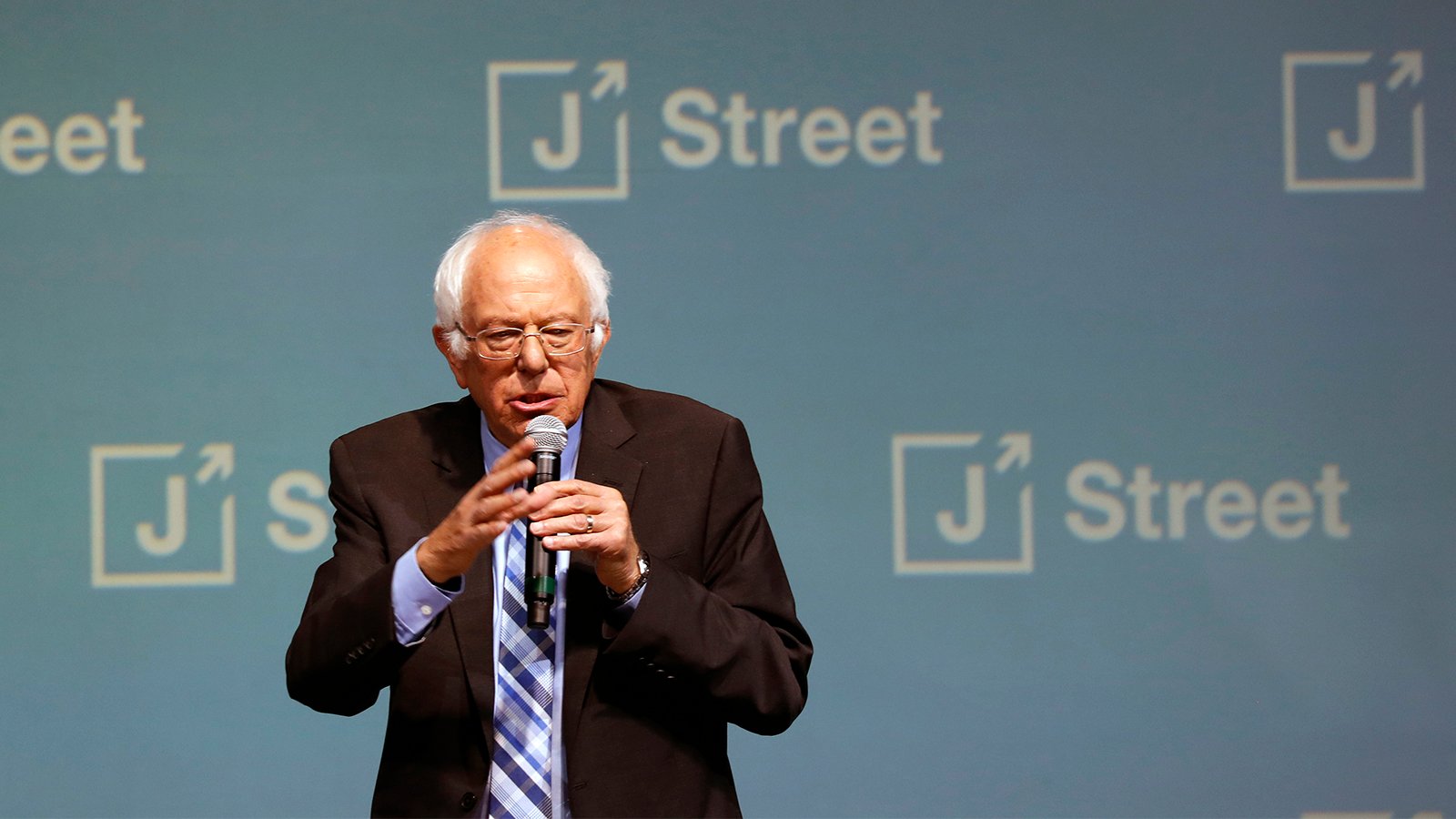 Rather, it was Sanders’ popularity with young people and his willingness to take a tough stand on Israeli Prime Minister Benjamin Netanyahu, President Donald Trump, the settler movement and the failed peace process that won him support here.

That approach appealed to supporters of J Street, which is best known for calling forcefully for a two-state solution to the Palestinian conflict and taking a critical position on Israeli government policies.

The group is often considered the alternative to the far larger AIPAC, the American Israel Public Affairs Committee, which has historically supported the Israeli government and stood by Netanyahu.

South Bend Mayor Pete Buttigieg was also warmly received at the conference, as were Sen. Amy Klobuchar of Minnesota and Julian Castro, former Obama-era secretary of Housing and Urban Development.

The J Street Conference — in conjunction with the student movement “J Street U” — launched its annual meeting Saturday night by urging the Democratic Party to include in its platform a formal opposition to Israel’s ongoing occupation of the West Bank.