Once upon a time, evangelical leaders in the Southern Baptist Convention (and beyond) were an unwavering group. Touting the authority of Scripture and an emphasis on Christ alone, they’d pound the pulpit, the radio airwaves, and print publications with the gospel of Jesus Christ. They were people of the Book and people of conviction.

Even if you didn’t like what they had to say, you had to respect the clarity they spoke with. You knew where they stood. If there’s one thing we human beings appreciate, it’s having our expectations met to some degree. From LGBTQ liberals and democratic politicians, to hard right conservatives, we knew our differences and where we stood respectively.

What’s more, there was, for the most part, agreement within evangelicalism and within denominations like the Southern Baptist Convention that certain false teachers were to be marked and avoided, as the Apostle Paul says in his Letter to the Romans. No matter the political differences or denominational differences, evangelicals could rely on one thing: we’d not promote prosperity charlatans who exploit desperate souls and make Christianity look horrific on a global level.

Those days are gone.

This week SBC adherents watched in (near) terror as prominent Southern Baptist pastors, including Franklin Graham, Jack Graham (no relation to Franklin or Billy), Robert Jeffress and Greg Laurie, tweeted their approval of a new book by Paula White, President Trump’s spiritual advisor. In another time, these long-respected gospel preachers and conservative leaders would never have risked reputation and religious conviction to promote her.

White has been called a heretic in the Christian tradition by SBC leaders and repeatedly brings reproach on the gospel, Jesus Christ and the church. She’s been married and divorced more than once and is alleged to have had an inappropriate relationship with prosperity gospel preacher Benny Hinn. Even after photos showed them apparently holding hands outside a hotel, they both denied having a “fling” — though family members like me know the real story. 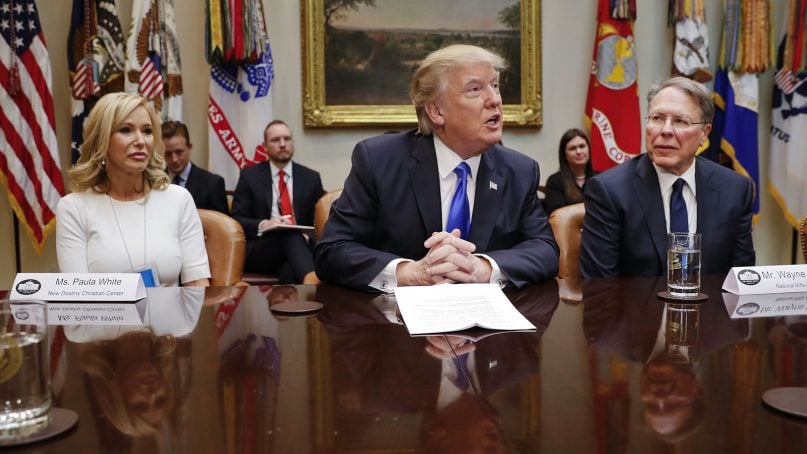 She has preached a false gospel, taken contributions from poor and desperate souls, and influenced her way onto Trump’s spiritual advisory board. While the public storyline she sells is a tale of “rags to riches,” the real storyline is simply that false teachers like White climb to the top because they spend their entire lives chasing power and money; deceiving people until they get to the “there” they are after.

Some of you might be thinking: Didn’t Jesus forgive sinners? Is not his grace enough for even Paula White?

Yet, White has not once repented publicly for any of her sins. She has not confessed deception; she has not confessed false teaching or abuse of the gospel. Instead, she continues to creep her way into the mainstream circles of evangelicalism under the false guise of empty grace.

The question then remains: why would these respected leaders waver in their convictions and promote a known false teacher?