The California Surgeon General is urging the state to screen all students for childhood trauma.

Dr Nadine Burke Harris spoke at the state’s House of Representatives last month, providing exhaustive evidence that much of the behavior that is seen as children ‘acting out’ is actually evidence that they are going through hardship.

And rather than punishing them, teachers should be trained to treat children, she argues, according to CNBC.

‘Instead of suspending and expelling or saying, ‘what’s wrong with you?’ we say, ‘What happened to you?,” she posited.

A 2013 study estimated that half of American children experience at least one serious, traumatic event.

And new paradigms suggest that difficulties or ‘adversity’ faced in childhood don’t even have to rise to the level of ‘trauma’ to alter children’s mental and physical health for a lifetime.

To Dr Burke Harris, teachers are perfectly situated to identify the subtle and varied ways that stress manifests in children, and help ‘treat’ them, rather than tear them down.

Science has tapped into ‘biomarkers,’ which are not only traces of but changes rendered by our experiences.

There’s no denying: trauma and stress trigger are literally written in our cells, triggering biological changes that can persist and wreak havoc through our whole lives.

Stress triggers the release of certain hormones – cortisol and adrenaline – that are useful in a fight-or-flight scenario.

But if a person is living at persistent, high level of stress, the hormones can turn against us, wreaking havoc by causing inflammation and tampering with DNA.

A child’s brain and body are still developing, meaning they’re even more vulnerable to more disastrous effects when left swimming in a sea of of hormonal stress.

Even if they don’t develop post-traumatic stress disorder, the child is left with an even quieter kind of scar: epigenetic changes.

And we’ve known for two decades that ‘adverse childhood experiences,’ or ACEs, can trigger these changes. These experiences may be as extreme as physical and emotional abuse, or as commonplace as seeing their parents to through a divorce.

The term arises from a study conducted by assessing subjects recruited as children between 1995 and 1997, by the Centers for Disease Control and Prevention (CDC) and California’s Kaiser Permanente health system.

Researchers re-assess these individuals regularly and its most recent data suggests that 62 percent of the now-adults have experienced at least one ACE.

The havoc trauma wreaks on the brain raises the risk of Alzheimer’s disease by over 11-fold.

And these people’s risks for suicide are a staggering 30-fold higher.

In childhood, rates of asthma, obesity, sleep disorders, substance abuse, learning or attention disorders, teen pregnancy, STIs, and mental health and behavioral issues are higher among children who have lived through trauma.

And Dr Burke Harris argues that one of those problems, ADHD which many experts believe has been far over-diagnosed in the US, may often be more of a symptom of adversity than a health outcome.

‘When we talk about the effect of ACEs on learning, part of the impact is on the child’s ability to sit still in class and…be able to receive and process information,’ Dr Burke Harris said.

‘One thing that tipped me off was the number of kids being sent to me by schools — principals, teachers and administrators – with ADHD.

‘What I found was that many of the kids were experiencing signs of adversity, and there seemed to be a strong association between adversity and the trauma they experienced and school functioning.’

Signs of trauma manifest in very different ways in children than adults.

For example, while some children might seem hyperactive, others may seem constantly fatigued – but behaviors may well be indicators that all is not well at home.

Children also are more apt to complain of physical symptoms like upset stomachs when they are under undo stress.

Teachers, Dr Burke Harris says can be trained to spot and address these issues with non-medical interventions – and already have done so in a San Francisco pilot program that taught children to meditate.

‘Not only did they see a reduction in school suspension rates and episodes of violence, but they also saw an increase in GPA and standardized tests,’ Burke Harris said.

California Governor Gavin Newson’s newly-signed budged includes an allocation of over $275 million to fund programs to help screen for and address ACES, such as training for educators and funding after school education and safety programs. 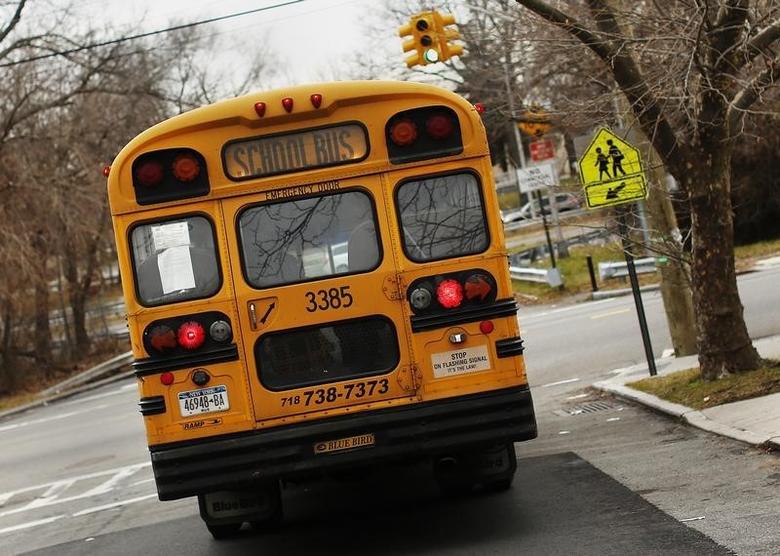 Nurse mom of 13-year-old boy who died from coronavirus after violent coughing fit reveals graphic photos of his blood sprayed on a hospital wall...