Elizabeth Woning and Ken Williams have a simple message to LGBTQ people: God can radically transform their sexual orientation. It’s the motto of their new campaign, “Changed Is Possible.”

If it sounds familiar, it’s because it is. “Change is possible” was the slogan of Exodus International, the interdenominational ex-gay Christian ministry that shut down in 2012 after its president, Alan Chambers, renounced conversion therapy, saying it did not work and was harmful. 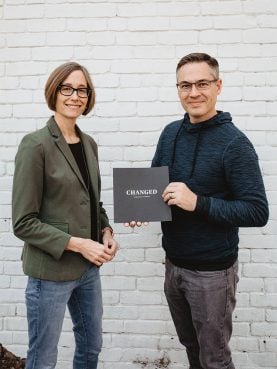 The two pastors at Bethel Church, an independent charismatic megachurch in Redding, California, are rebranding the mostly discredited notion that gays can become straight with a sleekly designed, visually updated website that features stories of people who consider themselves #oncegay.

The pair — both are married to other people of the opposite sex —  disavow the term “conversion therapy” and say they have no particular program or curriculum. They do not offer therapy, they say, but testimony. Neither are they licensed counselors — but they said they will meet with individuals wanting to become heterosexual to offer discipleship and prayer.

The effort comes at a time when 18 states have banned conversion therapy for minors — California was the first and remains the leader in the effort to expand the ban — and amid revelations that yet another prominent Christian ex-gay leader now defines himself as gay.

But it’s also a reminder that for a large segment of Christianity including evangelicals, charismatics, Pentecostals and Catholics, the belief that homosexuality is a sin — and therefore a choice  — is pervasive and deeply ingrained.

Just last week, Russell Moore, the chief ethicist for the Southern Baptist Convention, hosted spoken word poet and ex-lesbian Jackie Hill Perry on his podcast. The two talked about her faith journey, which led her to abandon her same-sex attraction, and he peppered her with questions about what advice she would give parents whose kids are sinning or considering a life of sin.

As Woning put it: “We wouldn’t want to identify as gay because that’s not human thriving. It’s not the direction God wanted us to head.”

At the same time, the ex-gay movement in Christian circles has never been more beseiged or fragmented.

Last month, The Post and Courier of Charleston, South Carolina, published a story about ex-gay pioneer McKrae Game, who came out as gay after 27 years of denying his homosexuality. 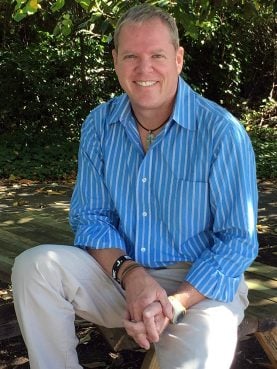 Game, 51, founded and led Hope for Wholeness, a Spartanburg, South Carolina-based ex-gay ministry, until he was fired in 2017. He is just the latest in a long string of ex-gay leaders who now say the whole enterprise is fraudulent.

“I realized I have lived a role for everyone else, except me,” Game told Religion News Service.

Though he started out a zealot to the cause, Game said he slowly came to realize he could not change his sexual attraction to men. The most he could do was change his behavior. He did that, ultimately marrying a woman. He is still married.

But he also realized that repressing his attraction to men has negative consequences, which he saw in many of the men he counseled.

Game said the ex-gay Christian movement is a spotty and disjoined enterprise in the U.S. consisting of three large referral agencies: his former ministry, Hope for Wholeness; the Overcomers Network; and the Colorado Springs-based Restored Hope Network, a group whose members migrated from the shuttered Exodus International. Each network relies on smaller ministries across the country to which they refer people interested in disowning their sexual orientation.

All, he said, reject the term “conversion therapy,” which they view as a pejorative coined by the LGBTQ rights groups.

But most Christian groups that practice sexual orientation change are not licensed counselors, Game said.

“They get training from conferences and from workshop speakers and reading books and self-educating themselves,” he said.