New York Yankees pitching legend Mariano Rivera said Monday at the White House that learning to speak English was the most important step he took as a young baseball player toward becoming an American.

Rivera, newly inducted into the Baseball Hall of Fame, received the Presidential Medal of Freedom from Donald Trump, who cited the aggressive but well-loved relief hurler for his bat-shredding cut fastball and his legendary humanitarian streak.

Trump praised him as the only Major League player ever elected to the Hall of Fame with unanimous support.

‘Just out of curiosity, Babe Ruth was not unanimously elected?’ Trump mused in the East Room of the White House. ‘The Babe didn’t make it? What was his problem? He did pretty good too!’

But Rivera’s self-deprecating story of cultural assimilation stole the show on Monday.

He spoke no English during his first year on a minor league team in Tampa, Florida, he said, because ‘there were a lot of players that spoke Spanish, so I got a little comfortable.’

A year later, playing in Greensboro, N.C., he found that ‘most of the people didn’t speak any Spanish, especially the teammates.’

Rivera said he asked two of his teammates to teach him the language, and gave them permission to laugh at him as he learned.

But ‘they never laugh at me, and they teach me,’ he said Monday. ‘By the end of the year I was able to communicate with my manager, with my teammates, and I was the happiest man in baseball.’

Rivera said his humanitarian work grew out of his understanding that ‘I can do something for others because I knew the language.’

And he teaches other Latinos, he said, ‘that, yes, learning English is the first thing that we should do.’

Rivera is known as one of the American sporting world’s most prolific and cheerful philanthropists. His personal foundation provides underprivileged children with education funding, devoting more than $500,000 per year to the effort in the U.S. and Panama.

He has funded school construction and computer programs in his home country, and built churches in the Dominican Republic, Mexico, Panama and the United States.

One church, a Pentecostal congregation in New Rochelle, New York, employs his wife of 22 years, Clara, as its pastor.

She and their three children joined Rivera at the White House on Monday.

The Yankee legend has bucked a trend among professional athletes by embracing Trump from Day One, serving on his Opioid and Drug Abuse Commission from the earliest months of his administration. Rivera has also co-chaired the President’s Council on Sports, Fitness, and Nutrition.

Last year he drew criticism for co-hosting a political fundraiser with Donald Trump Jr. and Kimberly Guilfoyle, but fired back saying: ‘I respect him, I respect what he does. I believe that he’s doing the best for the United States of America.’

‘Congratulations on this extraordinary achievement, Mo!’ Trump tweeted Monday afternoon – referring to the golden medal he placed around the Panamanian-American’s neck on a blue ribbon.

White House aides blasted ‘Enter Sandman’ through speakers in the East Room on Monday as Rivera was introduced. The Metallica rock anthem was his calling card, played in Yankee Stadium whenever he was called on to ‘save’ a game by shutting down opposition batters late in a game.

Rivera ended his pro career with 652 regular-season saves, a number that statisticians doubt will ever be equaled.

He saved 42 games in the postseason, and posted an Earned Run Average of just 0.70 during the playoffs.

Trump, a longtime Yankees fan, praised Rivera on Monday as ‘maybe the greatest pitcher of all time.’ 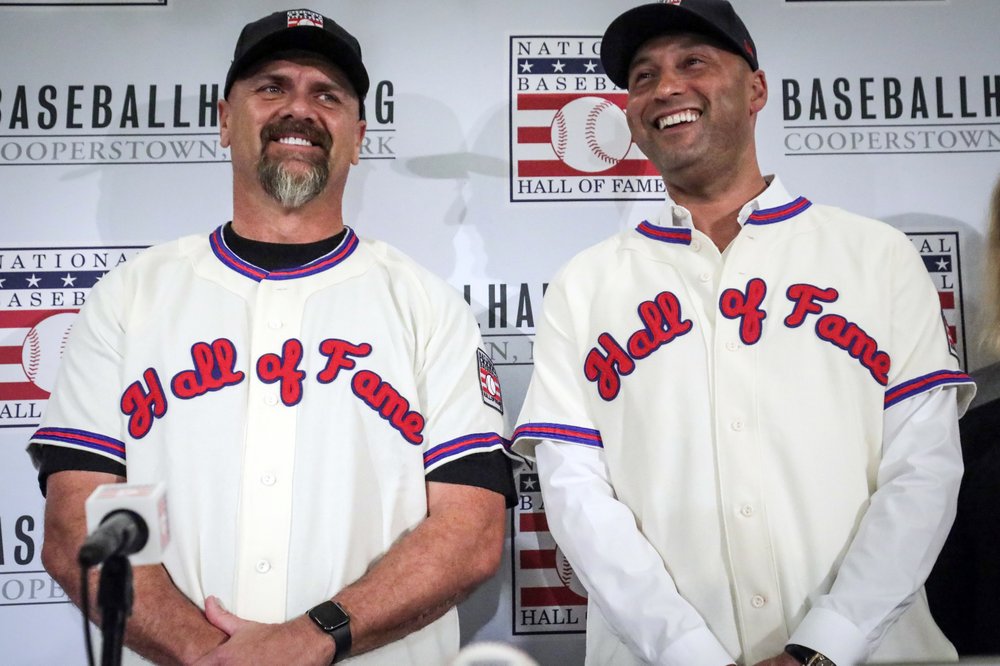 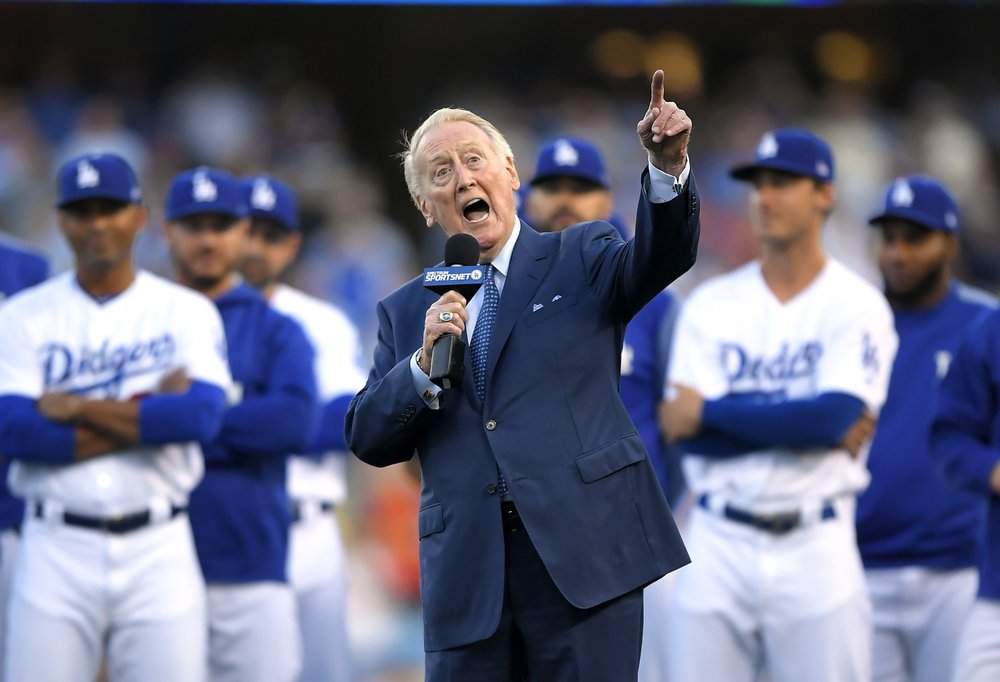