Peru plans to beef up security at its border with Ecuador to prevent illegal immigration, after stricter entry requirements for Venezuelans led to a 90% drop in legal crossings, a government official said on Monday.

More than 850,000 Venezuelans have fled their homeland for Peru in recent years, part of a mass exodus from the Caribbean nation as it faces a crippling economic crisis.

But in June, Peru started requiring Venezuelans who arrive to already have visas, part of stricter policies for Venezuelans in some South American nations.

“The entry of Venezuelan migrants to our country has dropped dramatically and today it’s 90% less than what we saw in June,” Foreign Minister Nestor Popolizio told journalists.

Popolizio said his ministry was working with the interior ministry and police to make sure Venezuelan migrants were not evading the new requirements by crossing illegally.

“We’re engaged in a very direct coordination … to ensure more protection all along our border and to avoid illegal entries,” Popolizio said.

Popolizio said Peru was one of 11 countries in the region trying to coordinate their policies on handling immigration from Venezuela.

After Peru started requiring visas of Venezuelans, Chile and Ecuador implemented similar measures. All three countries also now require Venezuelans to have passports, a document that is hard to obtain for the growing ranks of poor Venezuelans. 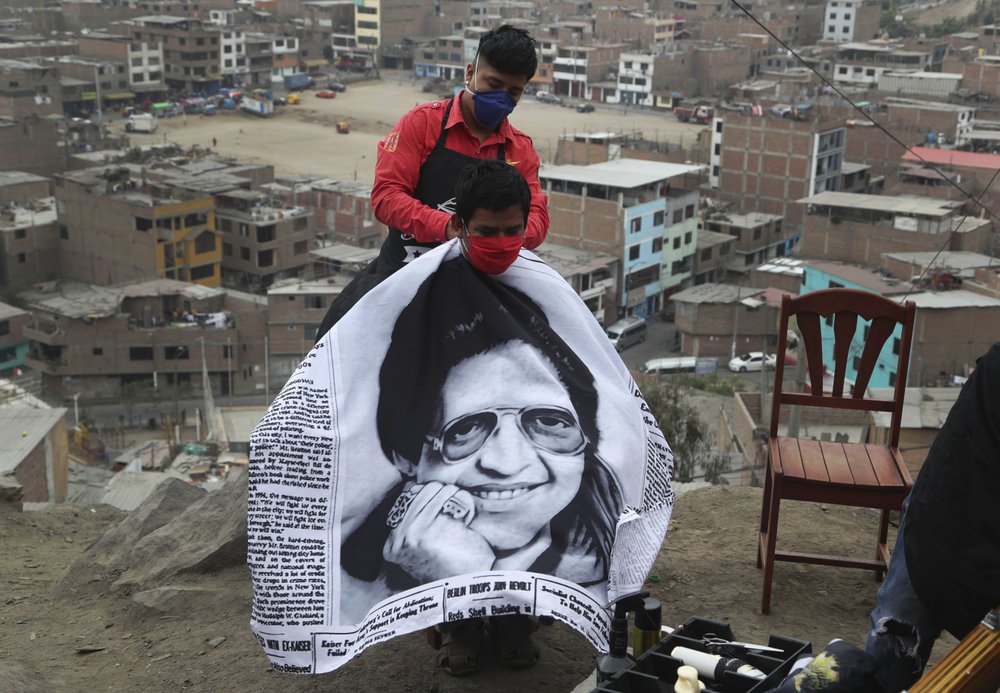 A good deed: Barber Josué Yacahuanca gives free hair cuts to Peruvians in hopes that “they will look in the mirror and see a...