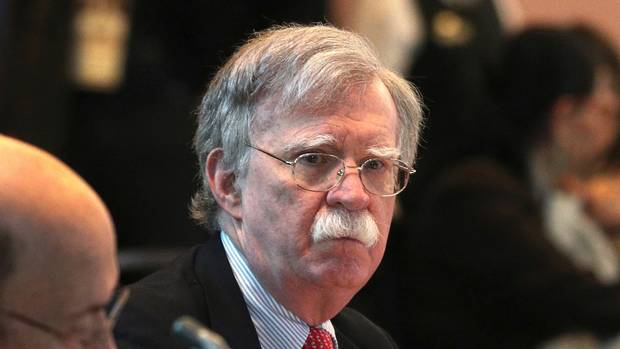 Delegates from some 60 countries will meet Tuesday in Lima to discuss the political crisis in Venezuela, as Washington steps up pressure for President Nicolas Maduro to step down.

The conference comes a day after President Donald Trump ordered a freeze on all Venezuelan government assets in the United States and barred transactions with its authorities “in light of the continued usurpation of power” by the socialist leader.

The meeting has been convened by the Lima Group, which includes a dozen Latin American countries and Canada and is helping to mediate in the crisis.

Trump’s National Security Advisor John Bolton and Commerce Secretary Wilbur Ross are in the US delegation, which is expected to announce further punitive measures against Maduro at the meeting in the Peruvian capital.

The “sweeping steps” will have “a lot of potential consequences”, Bolton said, stressing that Trump is committed to a transition of power in Venezuela.

Guaido was recognized by dozens of nations, including the United States, but the efforts to oust Maduro have stalled despite the international support and widespread discontent with the president, who has been able to cling to power with the backing of the military and support from Russia and China.

Delegates from the government and the opposition camps have held talks, but Bolton said Maduro was “not serious.”

“We’re at a point where we need to see less talk and more action,” he said, adding that it is Washington’s “intention that the transfer (of power) be peaceful.”

Venezuela has been in deep recession for five years. Shortages of food and medicine are widespread, and public services are progressively failing.

Around a quarter of the country’s 30 million people need aid, according to United Nations, while 3.3 million have fled the country since the start of 2016.

The International Monetary Fund says inflation will hit a staggering one million percent this year while the economy will shrink by 35 percent.