He is a former American football center who played in the National Football League for sixteen seasons, primarily with the New York Jets, and is currently a member of the Arizona State University coaching staff. He played college football for Louisiana State University, where he was a four-year starter and was later inducted into the LSU Athletic Hall of Fame in 2007. He was picked by the Seattle Seahawks in the 1994 NFL Draft, and also played for the New York Jets and Tennessee Titans. Over his stellar pro-football career spanning 16 seasons, he evolved into one of the greatest centers in the league and helped set the bar for offensive linemen in the NFL.

In his first season with the Jets, he helped the team earn a division title and a berth in the AFC championship game. During his years in New York, he helped pave the way for seven of Hall of Fame running back Curtis Martin’s ten 1,000-yards seasons. He consistently opened huge holes for running backs as evidenced by a 1,000-yard rusher in 13 of his 16 pro seasons. The list of 1,000-yard ground gainers included Chris Warren (twice) in Seattle; Curtis Martin (seven times) with the Jets; and Travis Henry (once), LenDale White (once) and Chris Johnson (twice) with the Titans. His career was punctuated by his final season when he led the way for Johnson’s 2,000-yard season. For his efforts, the veteran center earned one last Pro Bowl trip.

In all, he was selected for the Pro Bowl eight times, including on six consecutive occasions (1999–2004), and was a seven-time All-Pro, five-time All-AFC, and was selected to the NFL’s All-Decade Team of the 2000s. He also served two terms as NFLPA president. He later served as an assistant offensive line coach for the Chicago Bears. He was elected into the Pro Football Hall of Fame in 2019. He said of his dedication to football: “I just loved playing football. I started playing when I was eight years old, and my goal was to be an NFL player, there was no ‘Plan B’ for me. And, not because I didn’t have a plan, or have other options, I just didn’t want to do anything else.” But there is something else this Pro Football Hall of Famer is committed to more than football–his faith in Christ.

During his Hall of Fame induction speech on August 3rd, 2019, in Canton, Ohio, after thanking his family and his former teammates and coaches, he spent much of his time at the podium thanking Christ and discussing his Christian faith. “I am a born-again believer through the resurrection and the Blood of Jesus Christ, and I proudly and humbly recognize that without God’s grace and His blessings, I would not be here tonight,” he told a national television audience and a large crowd present to watch the ceremony live. His spiritual turning point, he said during his speech, came after his brother, John, was killed in an alcohol-related car accident on May 5, 1996. Shortly thereafter, he learned his wife was pregnant with their first child. “Those two moments changed my life, and the direction and purpose of my life, forever,” he said. “In that extreme sorrow followed by great joy, my focus turned to faith as I learned of the redemptive power of Jesus Christ and purposeful living in His Name. Whether it be through encouragement, wisdom or resources, I learned that God can use one person to change the lives of hundreds and even thousands.”

In an earlier interview with CBN News, he shared more of his testimony, about how hitting rock bottom following the tragic death of his brother caused him to begin evaluating his own life and start asking questions about God. “How big is God? Who’s this God that can take a life away and then can give a life [the whole miracle of birth],” he remembered asking. “So I really struggled with that. That’s when I began reading the Bible on my own to find answers.” Soon after, he met with a pastor from his hometown of Baton Rouge. “I finally asked [the pastor]. I said, ‘Why did [God] take my brother?’ ” The pastor said,”I can’t answer that question. What I can tell you is you don’t lack the knowledge of who God is and who Jesus Christ is. You lack the faith in what He’s capable of doing in your life.” “And I think that’s when it really opened up, and it hit me like a ton of bricks, and I just started crying,” he continued. “The pastor asked me, ‘Would you like to accept Jesus Christ as your Savior?’ ” “I said, ‘Yeah!’ So he led me through the prayer of salvation. I walked out of that church that day a new man. I realized that God had a purpose for my brother. I realized what that was, and I realized a bigger purpose in life than just being [myself], the football player.” He said he now understands his purpose. And that is to share the Gospel of Jesus Christ. “I think God has called us to use those talents to reach other people. I have the unique opportunity to go in front of a crowd of anywhere from 200 to 2,000 to 20,000 and share my faith. It’s those kinds of things I’ve realized that I’ve been in the NFL for … to use that platform.”

This is the “Chief of Sinners,” Daniel Whyte III, president of Gospel Light Society International, reminding you of what the Bible says, that “Christ Jesus came into the world to save sinners” like you and me. Just as Kevin Mawae trusts Jesus Christ as his Saviour, may I encourage you to do the same. Here is how:

1. Accept the fact that you are a sinner, and that you have broken God’s law. The Bible says in Ecclesiastes 7:20: “For there is not a just man upon earth that doeth good, and sinneth not.” Romans 3:23 reads: “For all have sinned and come short of the glory of God.” In fact, I am the chief of sinners, so don’t think that you’re alone.

2. Accept the fact that there is a penalty for sin. The Bible states in Romans 6:23: “For the wages of sin is death…”

3. Accept the fact that you are on the road to hell. Jesus Christ said in Matthew 10:28: “And fear not them which kill the body, but are not able to kill the soul: but rather fear him which is able to destroy both soul and body in hell.” The Bible says in Revelation 21:8: “But the fearful, and unbelieving, and the abominable, and murderers, and whoremongers and sorcerers, and idolaters, and all liars, shall have their part in the lake which burneth with fire and brimstone: which is the second death.”

4. Accept the fact that you cannot do anything to save yourself! The Bible states in Ephesians 2: 8, 9: “For by grace are ye saved through faith: and that not of yourselves: it is a gift of God. Not of works, lest any man should boast.”

5. Accept the fact that God loves you more than you love yourself, and that He wants to save you from hell. Jesus Christ said in John 3:16, “For God so loved the world, that He gave His only begotten Son, that whosoever believeth in Him should not perish, but have everlasting life.”

6. With these facts in mind, please repent of your sins, believe on the Lord Jesus Christ and pray and ask Him to come into your heart and save you this very moment. The Bible states in the book of Romans 10:9, 13: “That if thou shalt confess with thy mouth the Lord Jesus, and shalt believe in thine heart that God hath raised Him from the dead, thou shalt be saved.” 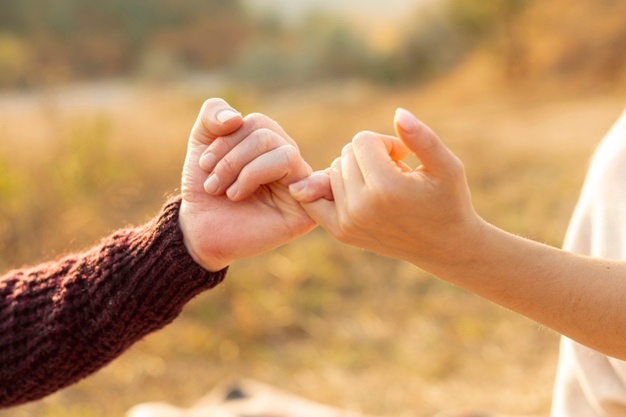 4 Highlights from 2019 with DOOR International

Kansas City Chiefs CEO Clark Hunt Thanks the Lord, Says ‘the Glory Belongs to Him’ After Team Defeats Tennessee Titans in AFC Championship to...