Americans shoulder a lot of debt. When it comes to past-due medical bills, the country collectively owes at least $81 billion, according to a 2018 Health Affairs study. One in six has a credit report tarnished by debt owed to someone who probably wears a white coat to work (or to that someone’s boss).

But there’s a new trend among American churches that’s taking aim at the mess. Over the past two years, more than a dozen congregations have partnered with a debt forgiveness organization to cancel millions in medical debt for people in their communities.

Pathway Church in Wichita, Kansas, spent a $22,000 chunk of its budget partly meant for publicizing its Easter services to eliminate $2.2 million in medical debt for local residents. Emmanuel Memorial Episcopal Church in Champaign, Illinois, used a $15,000 surplus from a building renovation project to eliminate $4 million of debt for more than 3,000 families.

Revolution Annapolis, a small Maryland church that doesn’t even have its own building, collected $15,000 last December. That donation wiped out $1.9 million for nearly a thousand families in a dozen surrounding counties. City Church in Evansville, Indiana, raised $15,000 to cover $4 million in debt.

Each of these campaigns was done through a nonprofit called RIP Medical Debt, which buys huge bundles of medical debt for cheap and then invites charitable donors—such as churches—to settle the bill. Once the donations are in, RIP sends letters to the debtors, alerting them that their bill was paid in full.

“Taking up debts, helping to relieve each other’s burdens . . . that’s a fundamental image of Christian discipleship,” said theologian Jordan J. Ballor, senior research fellow at the Acton Institute. “I think in a broad sense, this is a wonderful expression of the body of Christ caring for itself.”

The Bible has a complex but realistic view of debt. From a divine perspective, God created us; we owe him everything. Here on earth, lending and owing is a regular pattern of life, with Paul telling the early church to “give to everyone what you owe them” (Rom. 13:7).

Ballor sees that as an acknowledgment that loans and debts are normal and can serve as an expression of how justice works. “Good will come to those who are generous and lend freely,” according to Psalm 112:5.

But today’s debt-buying world is complex and can get seedy. Even the medical billing process raises questions. If collection agencies can buy debt bundles for pennies on the dollar, are hospitals just brazenly overcharging?

Since hospitals and other providers often have millions in unpaid bills every year, they are desperate to recoup their losses, explained Joe Antos, a scholar in health care policy for the conservative American Enterprise Institute (AEI). After exhausting every available means to get patients to pay, they can either take the hit or sell the debt for dirt-cheap to a third party, which then forges its own quest for repayment.

Because those third parties often buy the debt at such a steep discount, there’s a huge profit margin up for grabs if they’re successful. RIP wants to disrupt that process.

Still, Antos thinks buying and forgiving debt is a bad move for churches. “This is not something amateurs should try,” he said. “Churches that do not operate in a businesslike way will find themselves in financial trouble.”

Ballor disagrees. While all debts aren’t morally equal (loans for survival aren’t the same as loans for sports cars), he still sees the act of paying another’s debts as an apt reflection of Jesus’ sacrifice. 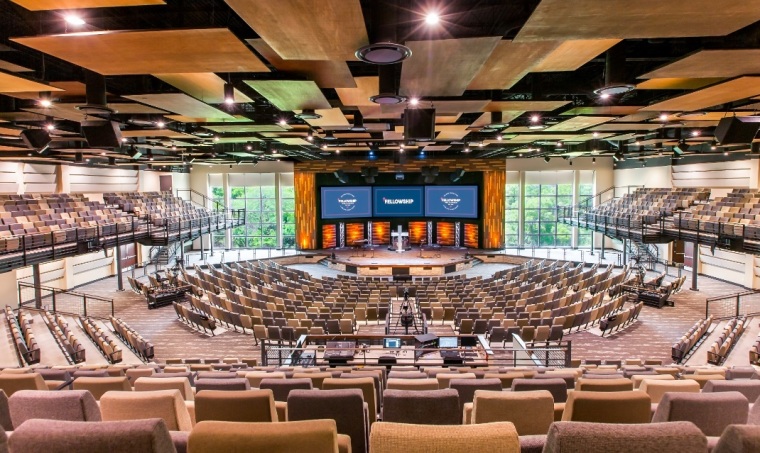 Fellowship Bible Church of Topeka in Kansas Helps Pay $4.7 Million in Medical Debt for Over 2,000 Individuals