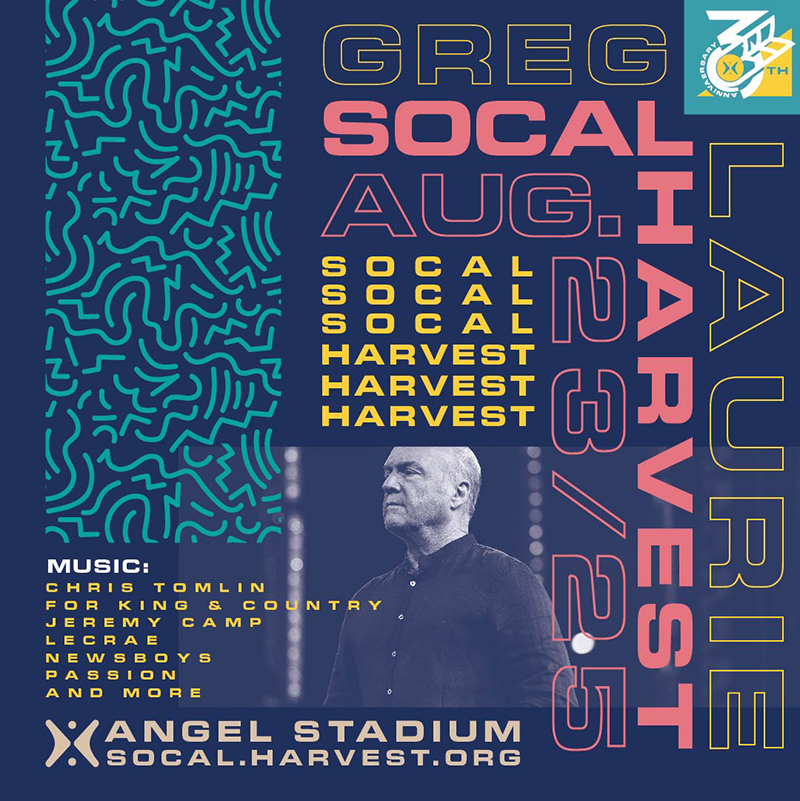 Called the “evangelist of the future” by the late Billy Graham, Laurie has preached the Gospel in person to millions of people throughout his life. His crusades in Southern California are the longest-running evangelistic outreach in American history.

“We have a lot to celebrate this year,” Laurie said during an interview for The Exchange with Ed Stetzer.

“Since 1990, over six million people have attended our Harvest Crusades in person, plus another 2.8 million who have tuned in via webcast. Our team has counted nearly 500,000 decisions for Christ. For all of this and so much more, we give honor and praise to God. But there’s still work left to be done,” Laurie continued. “Our country is in need spiritually. We need another spiritual awakening. We are praying for a 21st century Jesus revolution to sweep across America — and we are preparing for it.”

Laurie, a visionary with a heart for people, hosted his first Harvest Crusade in 1990, trailblazing a new approach to evangelism at the time. The 1990 crusade was “a casual evening of high energy music, authentic worship and a clear presentation of a biblical message.”

Since 1990, Harvest Crusades have been held in the United States, Canada, New Zealand and Australia. More than 8 million people have attended Laurie’s evangelistic crusades in person or via broadcast online and on TV.

But while the Harvest movement has grown exponentially over the decades, its purpose has remained unchanged: reaching people with the Gospel. An estimated 535,736 people have made professions of faith in Christ through Harvest Crusades since 1990.