Sanders, the Vermont senator whose struggles with black voters helped cost him the 2016 nomination, told the Young Leaders Conference that his family history shapes his approach to President Donald Trump’s rhetoric and the rise of white nationalism in the United States.

“I’m Jewish. My family came from Poland. My father’s whole family was wiped out by Hitler and his white nationalism,” Sanders said at the forum led by the Black Church PAC, a political action committee formed by prominent black pastors.

“We will go to war against white nationalism and racism in every aspect of our lives,” Sanders said, promising to use the “bully pulpit” to unite instead of divide.

Warren, a Massachusetts senator and United Methodist, quoted her favorite biblical passage, which features Jesus instructing his followers to provide for others, including the “least of these my brethren.”

Sanders and Warren are looking for ways to narrow the gap with Biden, who remains atop primary polls partly because of his standing with older black voters. Polls suggest that younger black voters, however, are far more divided in their support among the many Democratic candidates.

The senators, both of whom are white, connected their biblical interpretations to their ideas about everything from economic regulation and taxation to criminal justice and health care.

“This is a righteous fight,” Warren said, who noted that she’s taught “fifth-grade Sunday School.”

Sanders, while not quoting Scripture as did Warren, declared that “the Bible, if it is about anything, is about justice.” His campaign, he said, is “not just defeating the most dangerous president in modern American history. We are about transforming this nation to make it work for all of us.”

Warren and Sanders received warm welcomes, with notable enthusiasm for their proposals to overhaul a criminal justice system both derided as institutionally racist and to eliminate student loan debt that disproportionately affects nonwhites.

“They obviously tailored their message in a way that would resonate with this audience,” said Chanelle Reynolds, a 29-year-old marketing specialist from Washington, D.C. “But that means they spoke to issues and concerns that we care about.”

Reynolds described her generation of black voters — churchgoing or not — as more engaged than in the past, but cautious about choosing among candidates months before the voting begins. “I’m going to take my time,” she said, adding that “the last election, with Trump, shook us up, and we’re not going to let this one go by.”

Black voters collectively have driven the outcome of the past two competitive Democratic nominating fights. But Barack Obama in 2008 and Hillary Clinton in 2016 built their early delegate leads largely on the strength of older black voters in Southern states with significant African American populations.

Those states again feature prominently in the opening months of Democrats’ 2020 primary calendar, giving black millennials in metro areas such as Atlanta, along with Nashville, Tennessee, and Charlotte, North Carolina, a chance to wield their influence early in the process.

“Anybody who’s not talking to every community, particularly within the African American community, you’re running a fool’s race,” said the Rev. Leah Daughtry, a pastor from Washington, D.C., and member of the Democratic National Committee, who co-moderated the Black Church PAC forum.

Mike McBride, a pastor who was Daughtry’s fellow moderator, stressed that the black church and the black community as a whole are not monolithic. Democrats, he said, must reach beyond the traditional Sunday services in places such as South Carolina, the first primary state with a sizable black population.

Daughtry said all Democratic candidates were invited, and she noted the absence of other leading candidates, including Biden, who is attending campaign fundraisers in the Northeast this weekend.

“He missed an opportunity,” Daughtry said, to “make his case” to younger voters “who don’t know him like older folks do.” 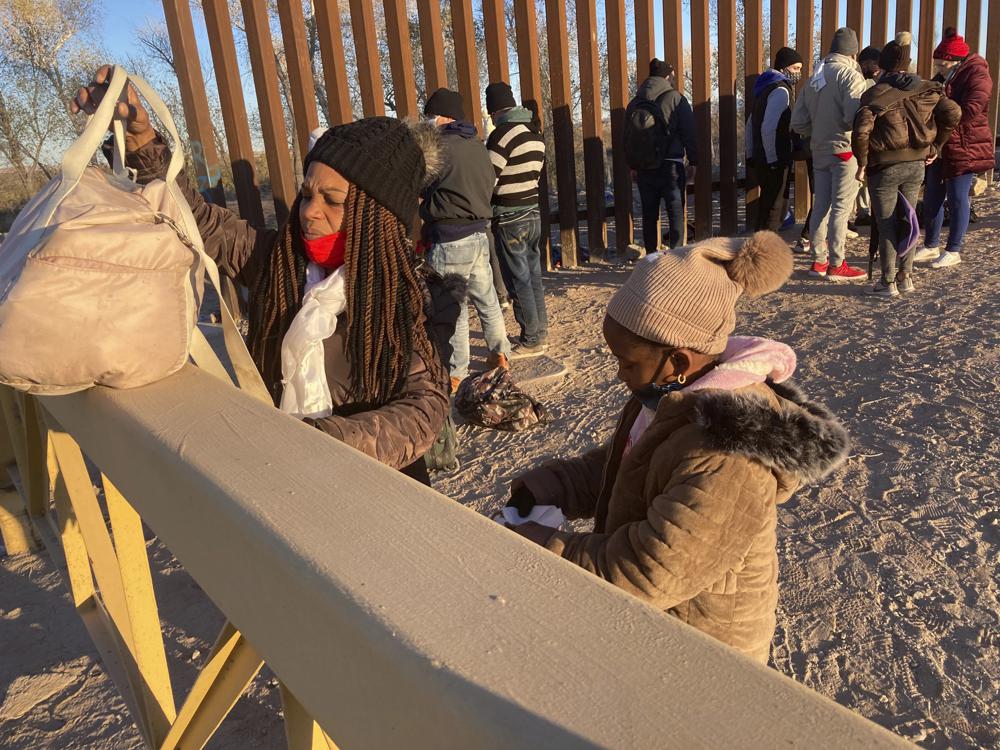