China, Iran and other countries that the U.S. considers the most egregious religious liberty violators aren’t invited to the State Department’s second summit on religious freedom this week, said Ambassador-at-Large for International Religious Freedom Sam Brownback.

Instead, the Ministerial to Advance Religious Freedom will focus on countries that have at least begun to work on improving the rights of religious minorities within their borders, he told Religion News Service in an interview Monday (July 15).

“The Chinese have been pushing back on this area; the Iranians have no remorse or thought that what (they are) doing to the Baha’is or Jews or Christians is wrong,” he said in his State Department office. “And so we thought while we’re trying to build a movement we need to get as many like-mindeds on board as we can.” 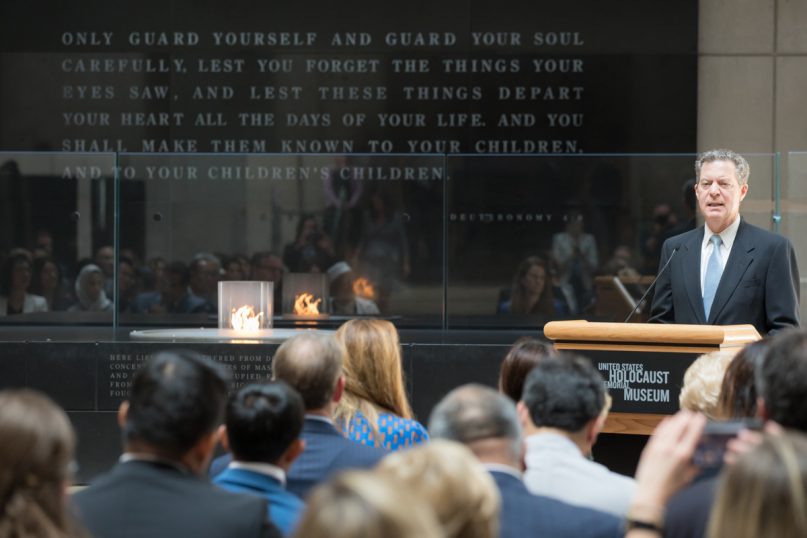 While countries like China, Iran and Pakistan that are considered “countries of particular concern” are not on the invitation list, Brownback said Uzbekistan, which is on the department’s second-tier watch list, will be included. Its foreign minister is expected to attend the summit that will be held from July 16-18. Leaders from Uzbekistan were also invited to last year’s ministerial.

“The only watch-list country we invited was Uzbekistan, and last time they were invited because they were really in the process of changing,” Brownback said. “They let 13,000 political religious prisoners out of jail. They were changing some of their basic laws on dealing with religion. So they were an aspirant.”

Brownback said it’s necessary for the State Department to work with other like-minded and “aspirational” countries, whose representatives will meet on the ministerial’s third day, as well as religious and civil society leaders, who will gather during the first two.

Earlier in the day, Brownback spoke at the U.S. Holocaust Memorial Museum after 45 religious persecution survivors and their guests toured it at a kick-off event prior to the ministerial. He noted that he visited the Auschwitz concentration camp for the first time last year.

“The level of gross evil conducted there is beyond imagination, and yet it happened, and unfortunately we hear from too many people these sorts of gross evil still happen in the world today,” Brownback said. “And this is a place for us to remember but not just to remember — to act as well.”

Mark Silk on Trump and Thomas Jefferson on Religious Freedom

The Aftermath of Protests in Iran, the Crackdown, and a Missing Christian Human Rights Activist