Police in St. Louis say five people have been discovered slain in an apartment building.

St. Louis County Police confirmed Saturday afternoon in a news conference posted to the department’s Twitter page that all five people killed were adults. Police would not give the names, ages or genders of the five people killed, nor disclose how they believed they had been killed. Police Chief Jon Belmar said only that investigators were certain they were victims of homicide.

Belmar said no arrests had been made and asked for information from the public, adding, “Somebody out there knows what happened.” 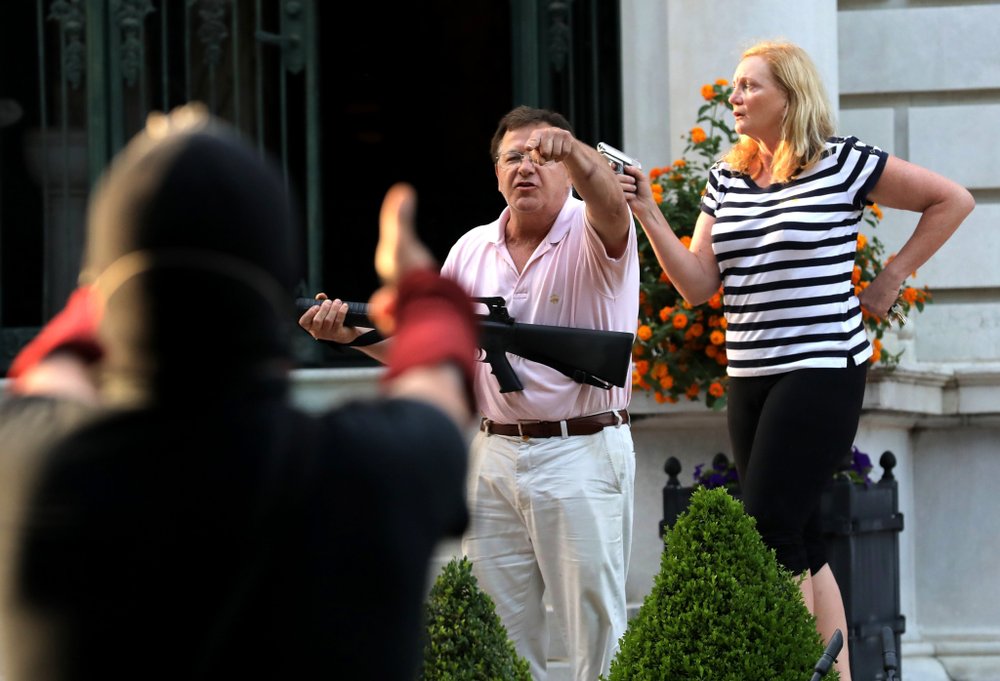 Protesters on their way to Mayor Lyda Krewson’s house to call for her resignation for releasing names and addresses of residents who suggested defunding...