A statement from the Plymouth County District Attorney’s Office details the allegations against Jacqueline Mendes, the 32-year-old Fall River woman accused of stabbing 41-year-old Jennifer Landry of Brockton in the neck Friday afternoon.

According to the statement, the fatal incident happened at 3:45 p.m. in Brockton. Fifteen minutes later, Mendes turned herself over to police.

Mendes remains in custody without bail on murder and assault charges.

She entered not guilty pleas to those counts Monday. It was unclear Tuesday if she had retained the services of an attorney who could comment on the allegations.

Police arrived at the scene after receiving numerous 911 calls, finding Landry “bleeding profusely and suffering from a stab wound to the right side of her neck,” reads the statement.

She was treated at the scene and rushed by helicopter to Boston Medical Center, where she would die Saturday. 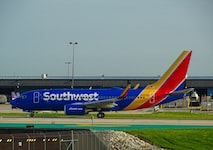 Southwest Airlines Employee Hospitalized After Passenger Punches Her in the Head