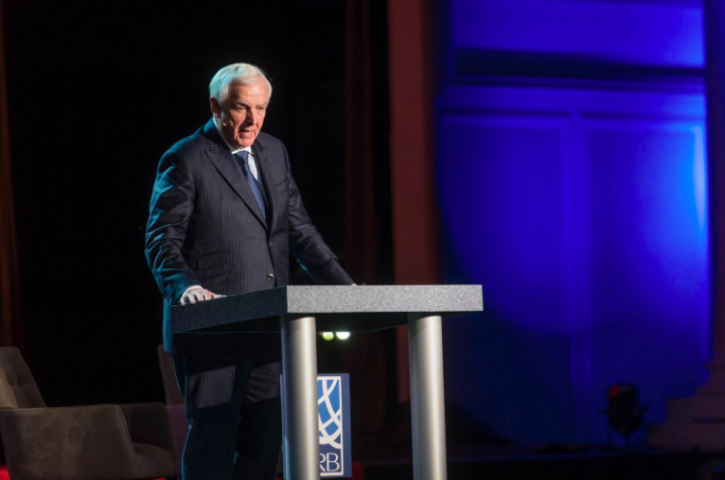 Many U.S. churches today have “forgotten” their purpose, becoming entertainment-driven social organizations eager to blend in with secular culture instead of focusing on biblical discipleship, Pastor David Jeremiah warned.

“The Church is coming under attack; it’s forgotten what the Church is supposed to be,” Jeremiah, founder of Turning Point Radio and Television Ministries, told The Christian Post. “We’re not an entertainment service; we’re not here to see how close we can get to what the world does. But there’s so much of the world in the Church and vice versa that we can’t tell a difference. We have to hold to the truth. We have to get nourished. If it’s not happening, you’re a social organization and not a church.”

Jeremiah, who also serves as senior pastor of Shadow Mountain Community Church in El Cajon, California, explained that amid a nationwide decline in church attendance, far too many churches have become “obsessed” with remaining relevant.

“There’s an incredible motivation on the part of everyone to be successful, and a lot of times people program their churches to see how many people will sit in the pews on Sunday,” he said. “There’s nothing wrong with getting people there, as long as you share the Gospel. But there’s no glory in just a number.”

“Don’t worship at the attendance altar,” Jeremiah advised. “A lot of good things happen in churches when there aren’t huge numbers but the pastor has prepared a good message and there’s worship. We get off on this thing that we have to be bigger than the guy down the street and how to get more people in the building. When you’re focused on that, you’ll never preach anything that’s controversial and you’ll always be trying to figure out how to get more people to come.”

The New York Times best-selling author pointed out that ironically, churches that focus on entertainment and fail to present the whole Gospel are actually driving millennials and Generation Z away. He cited research from Barna Group and the Cornerstone Knowledge Network which found that 67 percent of millennials prefer a “classic” church over a “trendy” one.

“Here in California, we see interest on the part of millennials and younger for the Bible and for truth,” the pastor said. “Most of the time, we see statistics about how people are leaving the Church, but in many respects, young people are demanding more truth, more teaching, and less entertainment. They’re not interested in shallow expressions of religion.”

He told CP that many Christians feel uncertain when it comes to living each day as followers of Christ — even though God equips all believers with everything they need to walk confidently as members of His kingdom. This, he said, is often a failure on the part of church leadership.

“Christians have two major markers in their lives: When they become Christians, and when they go to Heaven. But most Christians don’t know what to do in between those two markers, and that’s because churches don’t teach them,” Jeremiah said. “The whole idea that God expects us to build character in our lives is a foreign thing to so many people because it hasn’t been taught and explained from our pulpits.”