A U.S.-based aid worker who worked with a Amish Mennonite-run charity in Haiti has fled back to Ohio after it was discovered that he has been sexually abusing boys in the country, with reportedly as many as 40 children being affected. The man, who worked for Christian Aid Ministries (CAM), founded and led by David Troyer, has now admitted that he has engaged in child molestation from his youth, “living a life of deception and hypocrisy,” and Haitian officials want him deported back to the nation to face justice.

Jeriah Mast, 37, has been fired from his work with CAM and has turned himself into law enforcement in Holmes County, Ohio, according to reports.

“We understand that the individual made a confession to leaders in his local church in the U.S. and has reported himself to Ohio state legal authorities,” CAM said in a statement on Tuesday. “We recognize that any form of abuse of a child is both a horrific sin and a serious crime. We are actively working to investigate and address this situation and to care for those who have been harmed.”

Mast’s church, Shining Light Christian Fellowship in Millersburg, also released a statement explaining that the man confessed his sins upon his return to the states.

“He confessed multiple instances of immoral sexual relationships with boys, which began in his youth,” it said. “He acknowledged to living a life of deception and hypocrisy. He also confessed that he lied to cover up his sins.”

“Because of the sins that were committed and the victims that were abused, an appointment was made to report this to our local Sheriff Department. Jeriah voluntarily went in person for an interview and confessed to a local detective and an FBI agent (including giving names of victims).”

The church, led by Paul Hershberger, said that upon confession, “Jeriah spent hours on his face weeping and wailing over his sins and feeling such remorse over the hurt he caused so many people.” It said that a “restoration plan” has been developed and that Mast is seeing a licensed counselor.

The statement makes no mention, as a part of his repentance or restoration, of any effort to encourage and assist Mast in returning to Haiti as ordered by a supreme commissioner.

Christian News reached out to Hershberger at Shining Light Christian Fellowship — which has removed its phone number from its website, but he declined to answer any questions on the matter. When asked if he was aware of the earlier sexual abuse allegations which for which Mast had been sent home in 2012, he said no and hung up the phone.

According to a Haitian court document obtained by Christian News Network, one of the victims told a judge that when he was eight or nine years old, Mast asked him to stay the night. He was molested on the third night, and noticed on another occasion that “[a]ll the other little boys slept with their pants on and tied them with their shoe strings so Jeriah wouldn’t pull them down during the night.”

“I didn’t know this and slept with my shorts on. I tied my shorts on with a piece of rope so tightly that it cut me,” the young man said. “In the deep of night, I heard [my friend] say, ‘Don’t do that to me, Jeriah.”

A third young man, now 24, testified that Mast had “homosexual relations” with him as a child, and that he tried to resist but it made Mast angry.

“I was small. I was afraid of him. I could not resist him,” he said. As the boy got older, he spoke up to Mast and told him that he did not want to have sexual relations with him anymore.

“He knew I would tell my mom, so he gave her 50/100 of land so she would not go to the law with this,” the victim said. “Since that time, the land is in my mom’s hands, but he never gave her the deed to the land, plus he’s taken all the money I worked with him for. Since I’m a victim, I’m asking the law to find Jeriah … to make him pay the money he owes me and to compensate for the homosexual acts he committed with me when I was small.” 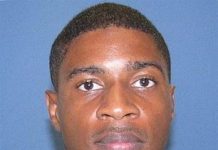 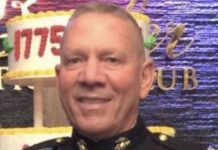 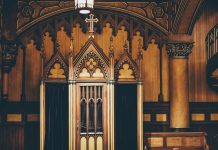 Jessica Mousery on Why We Need a Prayer of Confession 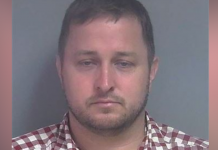 Anabaptist Missionary Accused of Sexually Abusing Boys in Haiti is Indicted in U.S. for Molesting Children in Ohio