A planned mixed-use development at the corner of Covington Highway and Porter Road is drawing criticism from neighboring residents who say it is the latest threat to one of DeKalb’s oldest communities.

Porter Road, which runs between Kensington Road on the north and Covington Highway to the south is named for Frank Henry Porter, one of DeKalb County’s first black rural landowners. Many of Porter’s descendants still live along the street and own much of the property in the area.

Mt. Pleasant Baptist Church, nestled in the curve of Porter Road just off Kensington, was built in 1849 and is the oldest church serving a predominantly black congregation in the county.

“This is a community that was once one of the last — if not the last — silk farm plantations in Georgia,” says Thaddeus Moore, a descendant of Porter who still lives along the road and is dedicated to preserving the community’s history. “A regiment of Sherman’s army came through here and burned a wing of the plantation house that is still standing here today.” 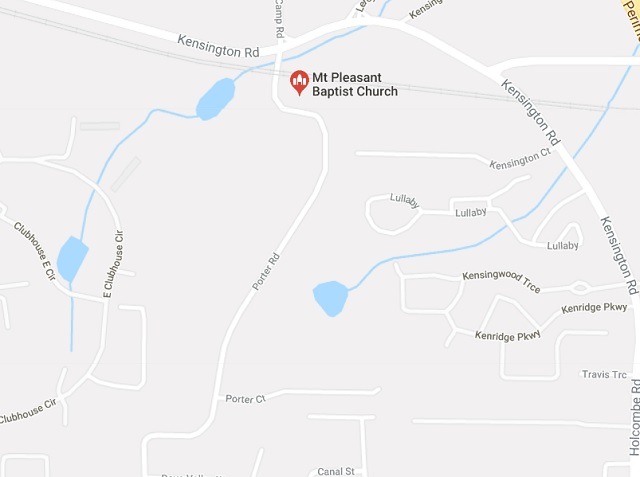 The land around Porter Road was once a part of a 200-acre plantation owned by a man named Joseph Walker, who called it Mount Pleasant after his birthplace in South Carolina. Walker had Mt. Pleasant Baptist Church built in 1849 to serve as a place of worship for the enslaved workers on his plantation, teaching a group of them to read the Bible and hold worship services — something that was illegal at the time.

On August 17, 1869, county records show that Walker donated the church and the surrounding 2.5 acres to the church deacons — four formerly enslaved men named Jacob Austin, James Howard, Robert Fowler and Jasper Fowler. The deed gave the property to the men “and their successors in office” stipulating that the land would revert to the larger original parcel it was derived from should the church ever be torn down. Walker’s heirs later relinquished their claim to the land, giving the church the right to dispose of the property any way it should choose, though it has remained at its original location ever since.

A deed recorded by the DeKalb County Tax Assessor’s office and dated Dec. 23, 1903 indicates Frank Porter bought the adjacent 50 acres of the former plantation property, including the former manor house, from descendants of Joseph Walker’s daughter, for $1,000.

Porter, his wife, and four children, Frances, Gertrude, Mattie Lou, and Henry, moved into the house and began working the land, growing cotton.

Today, all but five houses along Porter Road and Porter Court belong to descendants of the Porter children. Moore lives in a house next to his father, and two houses away from his brother. His aunts, uncles and cousins live in the surrounding houses, built on parcels divided from the original farm.

“It used to be a dirt road that allowed only one car at a time to pass through,” Moore told Decaturish. “Our mailboxes used to line along Covington Highway, and we had to walk a little way to get the mail.”

For a community that has survived the ravages of slavery, Reconstruction, the Depression, and segregation, it seems that the county’s emerging real estate boom may be the biggest threat to the preservation of their history.

A particularly vulnerable section of the Porter Road community is its cemetery, located along the road almost a mile from the church. Originally a burial place for family and slaves when the area was a plantation, Frank Porter gave it to the church to be used for burials after he purchased the land.

Now surrounded by houses, the cemetery is a small open plot of land without a fence. Simple headstones are visible from the road. The names on several have been worn away with time, and some graves are designated only with a flat stone.

When Moore was growing up, Porter Road was unpaved and ended at the cemetery. In the 1980s, it was paved and extended to directly connect Kensington Road and Covington Highway. The county argued it was necessary to allow emergency vehicles access to the homes, but community elders said that it paved over part of the cemetery containing unmarked graves.

Now, a nearby property owner’s plan to build townhomes directly across Porter Road will endanger the already vulnerable space, and permanently foreclose the community’s ability to research and document the graves they believe are located there.

“The community elders have always said that the cemetery extended to the land on the other side of the road,” says Derik Rinehart, a resident of a nearby subdivision who has been helping the Porter descendants seek historic designation for the neighborhood. “It’s almost 200 years of history here – and it’s inspiring history that people should know about. It deserves to be protected.” 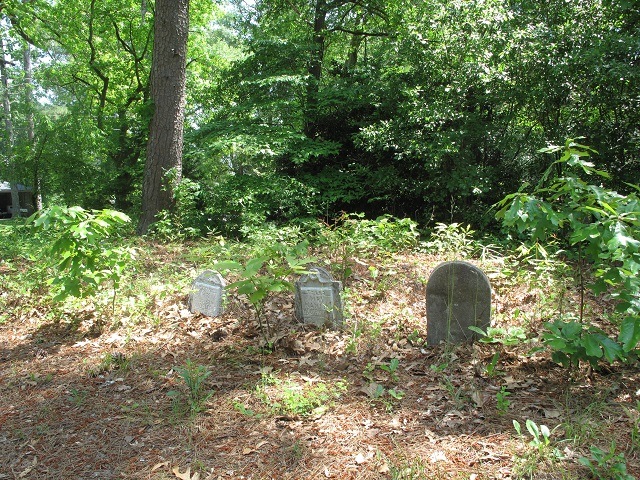 Ieshia Hall, a student of archaeology professor Jeffrey Glover, took a particular interest in the Porter Road cemetery after her internship with the Georgia State Historic Preservation Division.

“I selected this as my Capstone project after working with Melissa Jest, who is the African-American programs coordinator for the state historic preservation office,” she says.

The cemetery was on a list Jest maintains of sites that need more information in order to be registered with the state historic preservation division.

“I was really interested in this cemetery after seeing it and seeing the different markers from different times,” Hall says. “Some are handmade. Some are just field stones.”

Preservation of cemeteries in African-American communities can be particularly difficult, Hall says, because the communities often lack the funds to support preserving the properties and state and local government officials want to develop the land.

“For government officials, building on the property can seem more important than keeping the cemetery,” she notes. 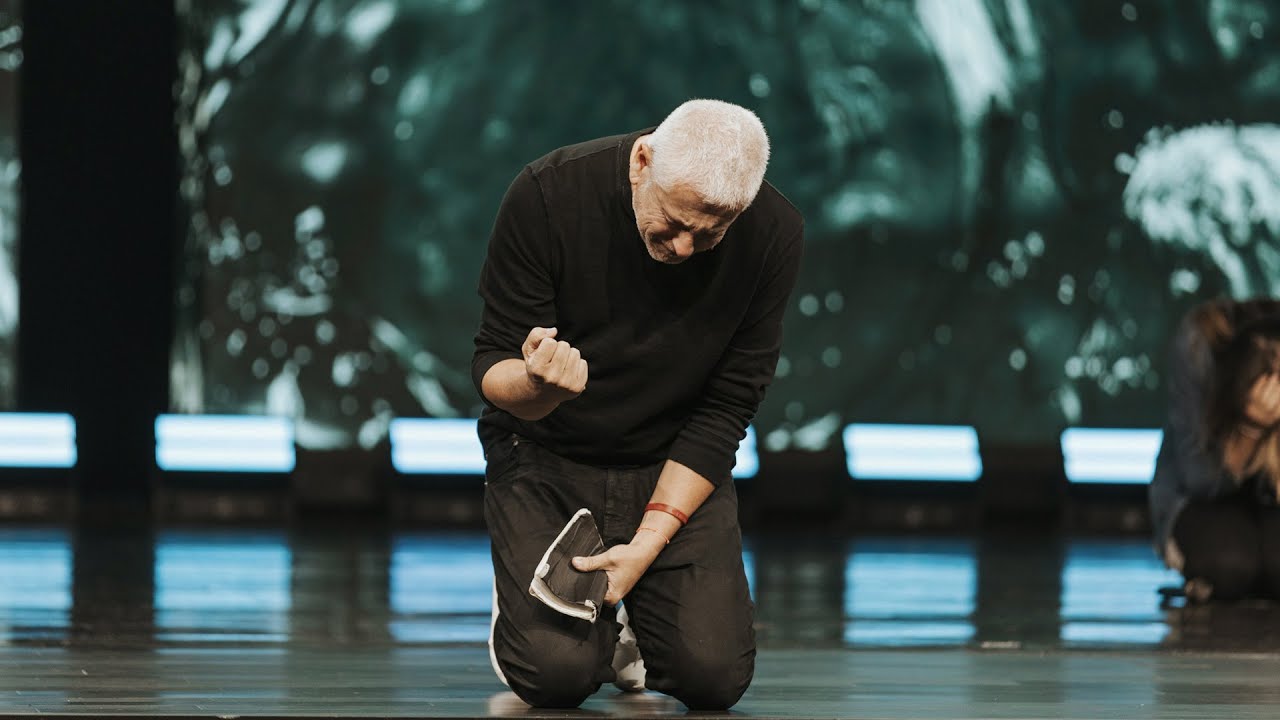 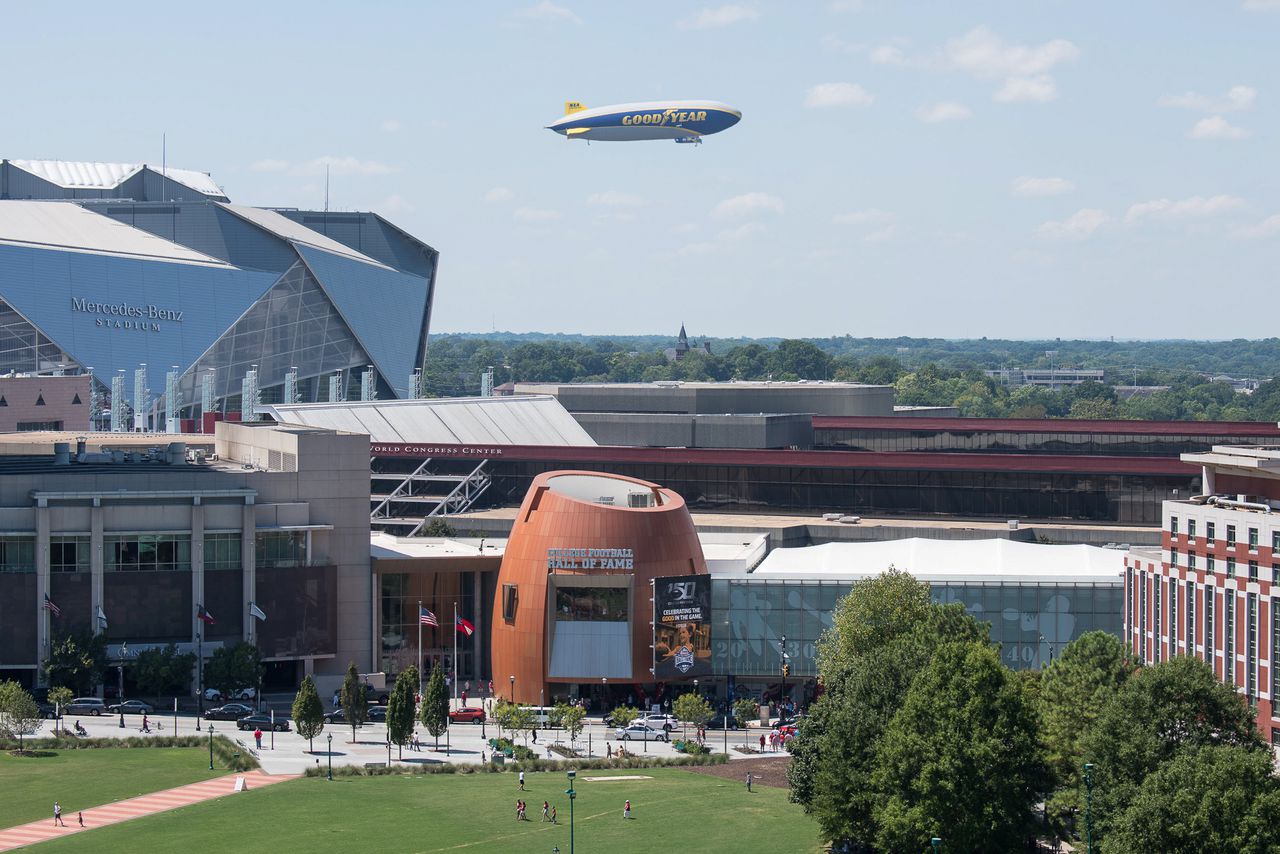