In college, I took a world religions class with an openly Christian, brilliant professor with a passion and respect for the religions of the world. On the first day, he said this:

“All religions have the capacity to be used for evil.”

He was not only speaking about the many other world religions we would study that semester, but also about his own.

One only needs to study history to be reminded of the people, groups and governments who have committed unfathomable evils in the name of God.

Before the Hulu series debuted, I had already read the book. Not knowing what I was getting into, I dove into Margaret Atwood’s fictional tale of an American dystopia and was quickly shocked and horrified by the story’s contents—yet, couldn’t stop reading. I didn’t know at the time that “The Handmaid’s Tale” currently ranks at number 37 on the American Library Association’s 1990-1999 list of the 100 most frequently banned books, and continued to make the list in the following years, as well.

The book tells a chilling account of a modern-day America run by a totalitarian, theocratic republic called Gilead, replacing the once secular, democratic state. It is an echo of the Islamic Republic established in Iran after the 1979 Revolution, which was close to the time that Atwood wrote her novel. However, the villains of this cruel republic are not Muslim, the villains of “The Handmaid’s Tale” are fundamentalist Christians who commit unspeakable acts with the intention of restoring Biblical morality to the world.

“The Handmaid’s Tale” provides an opportunity for those of all religions to reflect on the way they are living out their faith, especially those in power.

The main plot revolves around rampant infertility and infant mortality rates of the nation. The Republic of Gilead blames this on fallen morality and is set on restoring it. In this new state, when a member of the pious ruling class cannot have a child—a situation where the blame is always placed on the woman, never on the man—the state sends the family a “handmaid” to conceive in her place. Handmaids are fertile, young women who are enslaved, beaten and who live with a sole purpose of providing surrogacy for the ruling class of Gilead. The handmaid is forcibly raped by the husband—”the commander”— in a ceremony every month as she lays on the knees of the commander’s wife.

This is the first of many moments in “The Handmaid’s Tale” that make Christians squirm. The rape is justified by the story of Hagar in the Old Testament when Sarah took matters into her own hands and arranged to have her husband sleep with her handmaid as a workaround to fulfill God’s promise that Sarah and Abraham would have a child.

Christians watching might argue that for a theocratic state run by biblical literalists, turning to Sarah as an example for an approved solution to infertility is as an odd interpretation—as we all know that Sarah’s circumvention of God’s plan didn’t exactly turn out as she planned.

But thus, the frustrations begin. Time after time, we watch the elite rulers of Gilead twist Scripture to justify greed, lust, abuse, power and overall evil. Christians have been quick to speak out in defense of their faith, condemning the story as anti-Christian propaganda from a left-wing entertainment industry set on attacking Christianity, and by association, right-wing, conservative ideologies. The show feels like a personal attack on Christianity, with some dubbing it as ”hate speech against Christians,” and the tearing down of Christian values.

And for some secular, left-leaning media, the temptation to connect the dots from Atwood’s fictional world of religious, political fundamentalism to all of the right-leaning associations they dislike is ripe for the picking. It’s a tantalizing temptation for someone unfamiliar with Christianity, and ready to insert themselves into a trending political dialogue where they know they have a hungry audience. 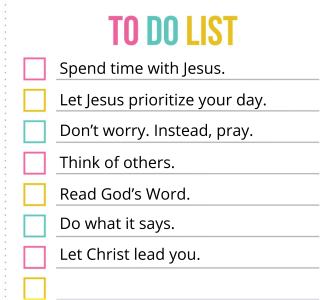 Husband of Instagram Influencer Found Dead on Side of Texas Road Denies Abusing Her and Says They Were Not Planning to Divorce as He...