A male teacher came out as non-binary transgender in a pre-recorded video for elementary students last month and asked them to start calling him by the suffix “Mx.,” according to a national legal group.

The teacher at Allis Elementary School in Madison, Wis., was previously known as Mark “Vince” Busenbark but in the video to students announces he is neither a boy or a girl but “everything in between.” Busenbark asks the students to use pronouns such as “them” and their” instead of “him” or “her.”

The video was shown to students in kindergarten through fifth grade May 16, according to Liberty Counsel, a legal group that specializes in religious freedom.

“I am transgender,” Busenbark says. “Do you know what that means? Maybe you don’t. Maybe you’ve only heard those words through the filter of those who hate and fear.”

Busenbark references a book, They Call Me Mix, about a girl who grows up to transition to non-binary.

“This is really my story,” Busenbark says about the book.

Busenbark then reads the book, which tells the story from the girl’s perspective: “Are you a boy? Or a girl? How can you be both? Some days I am both. Some days I am neither. Most days, I am everything in between. When I was born, everyone decided and agreed that I was a girl. … As a kid, I never felt like just a girl.” 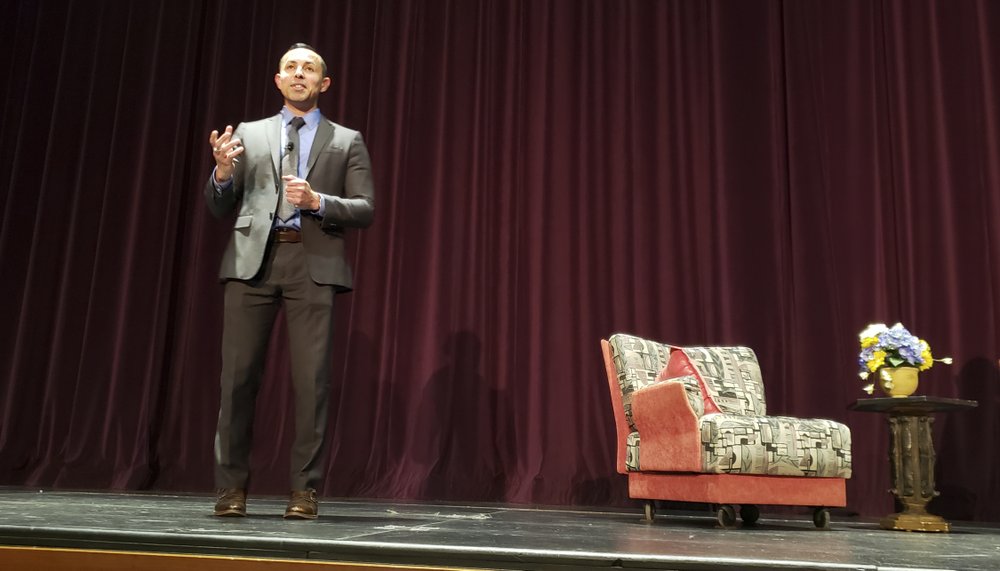