There have been 783,453 homicides in this country since the black-robed masters “allowed” us to continue our constitutional heritage of meting out capital punishment for murderers. Yet despite the raucous debate surrounding its use, just 1,500 individuals have been executed in 43 years. That is because the worst, most cold-blooded murderers have many ways to overturn capital convictions even when the evidence is beyond a shadow of a doubt. In recent years, Chief Justice John Roberts has been joining the Left in opening up a new avenue to disqualify such convictions: namely, tainting the jury pools as racist. With today’s opinion, it’s clear he now has a companion in Justice Kavanaugh.

In Flowers v. Mississippi, Kavanaugh wrote a 7-2 majority opinion overturning a sixth conviction of a cold-blooded murderer who was convicted of killing four people 23 years ago. Although he was convicted with evidence beyond a shadow of a doubt, in Kavanagh’s view the jury pool was racist. Overturning state due process: This is yet another example of the growing trend of the federal courts taking over state criminal law procedures and according the worst criminals a degree of process that would confound our Founders. And it’s most often because of racial politics.

Nobody disputes the fact that the Mississippi courts convicted Curtis Flowers for the murders based on solid eyewitness and physical evidence and that the jury’s verdict itself was impartial. However, Kavanaugh and the other six justices believes that the Mississippi Supreme Court erred in ruling that one particular peremptory (discretionary) strike conducted by the prosecutor against someone in the jury pool at jury selection for the original trial was animated by “discriminatory intent” and therefore entitles Flowers to a seventh trial!

“In sum, the State’s pattern of striking black prospective jurors persisted from Flowers’ first trial through Flowers’ sixth trial,” concluded Kavanaugh in an opinion that was tinged with racial overtones about the suspect being black and the witnesses, prosecutors, and victims being white.  “In the six trials combined, the State struck 41 of the 42 black prospective jurors it could have struck. At the sixth trial, the State struck five of six.”

Justice Thomas shot back in his dissent and noted that not only does he disagree with the underlying premise and recent precedent (in Foster v. Chatman) that such facts would be grounds to overturn a conviction, but he disagrees with the notion that there was discriminatory intent. “The only clear errors in this case are committed by today’s majority,” wrote a clearly irate Thomas, who is getting tired of these cases.

Confirming that we never should have taken this case, the Court almost entirely ignores—and certainly does not refute—the race-neutral reasons given by the State for striking Wright and four other black prospective jurors. Two of these prospective jurors knew Flowers’ family and had been sued by Tardy Furniture—the family business of one of the victims and also of one of the trial witnesses. One refused to consider the death penalty and apparently lied about working side-by-side with Flowers’ sister. One was related to Flowers and lied about her opinion of the death penalty to try to get out of jury duty. And one said that because she worked with two of Flowers’ family members, she might favor him and would not consider only the evidence presented. The state courts’ findings that these strikes were not based on race are the opposite of clearly erroneous; they are clearly correct.

In Thomas’ view, “Today’s decision distorts the record of this case, eviscerates our standard of review, and vacates four murder convictions because the State struck a juror who would have been stricken by any competent attorney.” 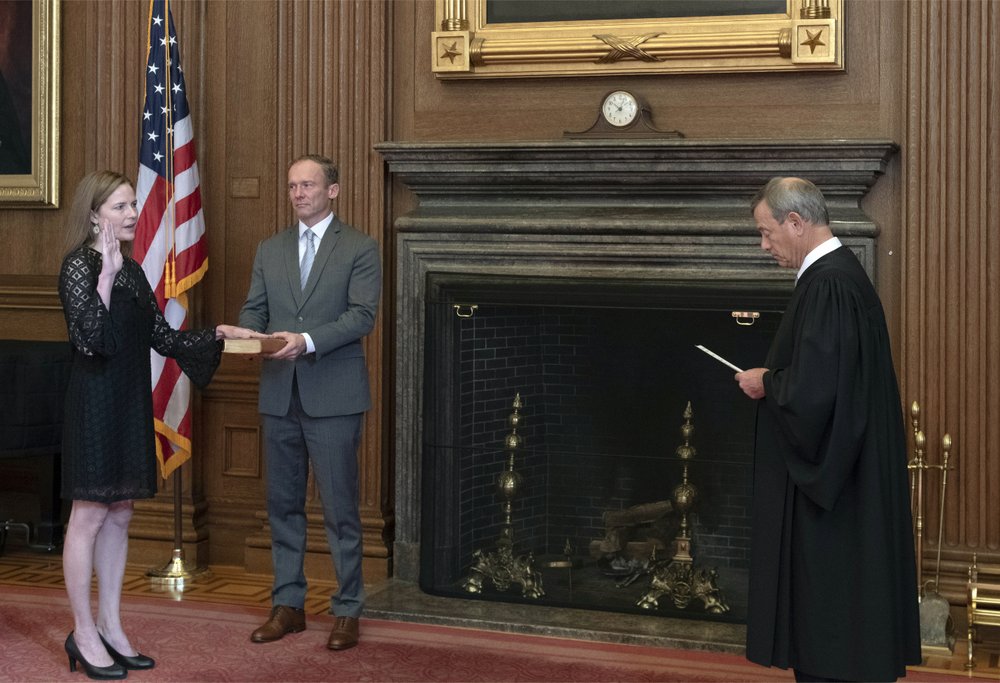