The U.S. Catholic Church spent $10.6 million on lobbyists to prevent victims of clerical sex abuse from suing for damages.

According to a new report, the money was doled out from 2011 through 2018 in eight northeastern states where bills to reform statute of limitations laws were either in the works or being considered.

“This report lays out what we have known all along — that the Catholic Church refuses to take responsibility for the decades of abuse that took place knowingly under its watch,” said attorney Stephen Weiss, who works for one of the law firms that commissioned the study.

“Statute of limitations reforms give survivors more time to obtain some measure of closure on the atrocities committed against them,” attorney Gerald Williams added. “The church has yet to implement meaningful reforms, and by working to prevent these laws from passing, the church is clearly demonstrating that it does not stand with survivors.”

In Pennsylvania, where currently victims of child sex abuse can come forward with criminal allegations until the age of 50 and can file civil claims until age 30, the church spent $5,322,979 to keep those limitations in place, according to the report, “Church Influencing State: How the Catholic Church Spent Millions Against Survivors of Clergy Abuse.”

The report was commissioned by Seeger Weiss LLP, Williams Cedar LLC, Abraham Watkins and the Simpson Tuegel Law Firm, which collectively represent 300 survivors of clergy sex abuse nationwide. The data in the report was obtained from public filings in the individual states.

Attorney General Josh Shapiro, whose blockbuster grand jury report last year identified 301 “predator priests” in six dioceses who were alleged to have abused more than 1,000 children, has been leading the charge to lift those statutes of limitations.

“The extensive lobbying by the Catholic Church in Pennsylvania against the reforms recommended by the Grand Jury proves what I have said all along: the Church cannot be trusted to police itself,” Shapiro said. “It’s reprehensible that the Church continues to spend significant sums of money fighting these reforms, instead of protecting and supporting the victims of clergy sexual abuse.”

The Pennsylvania Catholic Conference and the U.S. Conference of Catholic Bishops did not return an NBC News request for comment.

In New York, the church spent $2,912,772 in what ultimately was a failed bid to prevent the passage of the Child Victims Act, which Gov. Andrew Cuomo signed into law on Feb. 14. It allows child sexual abuse victims to sue their abuser or institutions until age 55. Previously the cutoff was age 23.

Of that money, 80 percent went to the Catholic Conference Policy Group Inc., which was tasked with lobbying on “statute of limitations, legislative issues and liability issues,” the report found.

“I think it’s incredibly troubling that parishioners who on Sundays contributed to the church collections may have been inadvertently funding lobbying efforts against victims of sex abuse seeking legal redress,” New York State Sen. Brad Hoylman, who championed the Child Victims Act, said. “Three million dollars that went for lobbying could have done a lot of good elsewhere, including soup kitchens, after-school programs for children, support for seniors. In my district, a Catholic school that is closing might perhaps have stayed open if that money had been used for better causes.”

Runaway New Jersey Teen Told Police Her Mother Stabbed Her, Beat Her, and Sprayed Bleach in Her Eyes Among Other Abuses 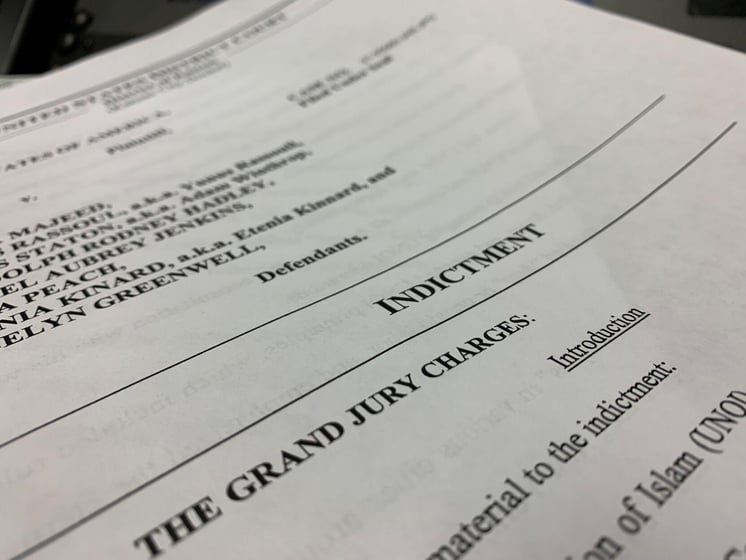