An Alabama woman has been charged with the sexual torture of a 25-year-old man who was “under the influence of GHB” and bound with duct tape when he was assaulted, according to court filing.

In a charge sheet filed this week, Jennifer Johnson, 36, was accused of violating the incapacitated man with a sex toy at a residence in Cottondale, a Tuscaloosa suburb.

Police learned of the March 19 attack when they discovered incriminating videos on Johnson’s phone following her arrest last month for possession of a stolen Honda Civic. At the time of her May 10 bust, Johnson “stated she was a prostitute,” according to a court filing. 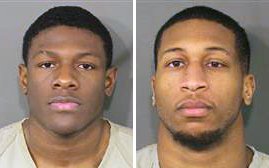