He and his wife are working with a Los Angeles businessman to create an Italian restaurant in the basement of the historic black church they bought in 2016. But he was even more excited about the news about a national honor in the works for the building at Second Street and Clay Avenue.

The Texas Historical Commission’s state board of review, meeting in Marfa earlier this month, nominated the building to the National Park Service for placement in the National Register of Historic Places.

Such inclusion means Murphy and his wife, Amy, must meet strict guidelines in renovating the church that a black congregation built in 1924. But that’s no sweat, said Murphy, who probably perspired more moving a Hammond C-3 organ and piano into the church sanctuary last Thursday, with several Baylor University students contributing elbow grease.

Lane Murphy is a Baylor Magazine editor and part-time English lecturer at the university. The Murphys bought the 13,000-square-foot church in 2016, after it had become a financial burden for the congregation. Attendance had fallen from more than 600 on Sundays during its heyday to fewer than 60.

The couple has secured $530,000 in Tax Increment Financing pledges, and are pursuing state and federal tax credits to bankroll a similar amount toward the project of $2 million to $2.5 million . Banks and private investors would finance the balance, said Murphy, adding that TIF money, for example, can’t be spent on amenities such as kitchen equipment, furniture or furnishings.

Historical designations are nothing new to St. James United Methodist Church, though federal recognition would top its list of achievements.

An onsite Texas Historical Marker states: “One of Waco’s oldest churches, St. James Methodist Church was organized in 1874 by Father Anderson Brack. From the first worship services, conducted in a house near the Brazos river that served as a school to the black community, the congregation built several sanctuaries before completing work on this building in 1924.

“Designed in a modified Gothic Revival style, it features decorative brickwork, pointed arch windows, and octagonal towers. For over a century the congregation of St. James has been active in missionary work, community service, and Christian education,” Texas Marker No. 4444 concluded.

The marker, dated 1986, declares the church a Texas Historic Landmark.

In 2017, the building was recognized for its historical significance by the Waco Historical Landmark Preservation Commission, Murphy said.

Murphy said state and federal entities apply similar guidelines in determining what changes can be made to historically significant buildings. With that in mind, he said, he believes the Murphys’ vision for St. James, as reflected in documents submitted to the Waco City Council, the board of Tax Increment Financing Zone No. 1 and the Texas Historical Commission will prove acceptable to the National Park Service for National Register listing. 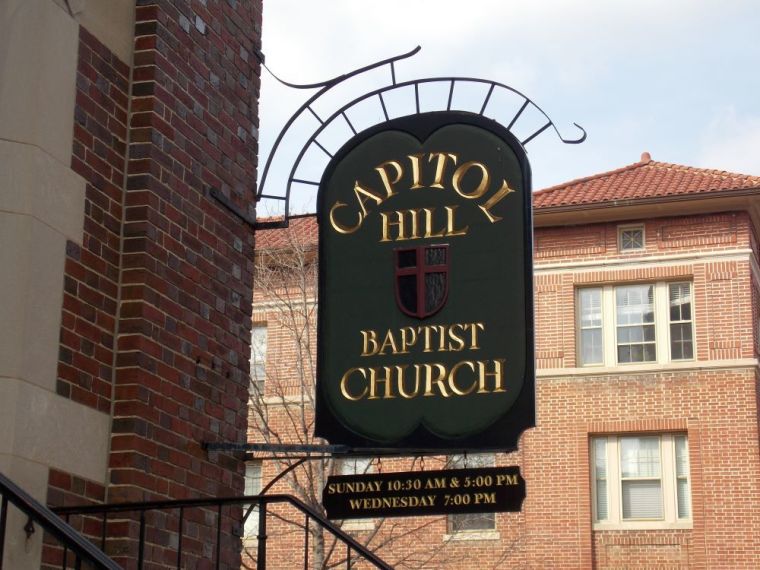