Chapman, 29, and Long, 30, met just over two years ago on a dating app while they were both living in New York.

“We were both looking for a special connection we didn’t think we could find in a bar,” Chapman tells PEOPLE. “Pretty early on in the relationship we each knew that we had found the person we wanted to be with.”

“We didn’t have a specific timeline, we just did what felt natural,” she adds. “We also had a longer engagement, 16 months, which felt right for us.”

Chapman says that her only “bridezilla moment” came while picking out her dress.

“I had actually decided on another dress that was beautiful but not quite it,” she says. “Then right before we got in the car to head to the bridal shop so I could get measured and send in the order, someone described a tiny part of the dress in front of Ben. Which, of course, in my mind meant the whole thing was ruined and he’d basically been given a photo of it.”

“This was probably my only bridezilla moment,” she continues. “I was so upset I didn’t even want to put the dress on when we got there, so my mom said, ‘Then let’s just try another one.’ I put on the new dress and the rest is history.”

All in the Details

Chapman’s wedding jewelry is pictured sitting atop her invitations, which were custom designed by Nico and Lala.

The cotton paper invitation was stamped in gold foil and featured a pomegranate colored border to match the bridesmaids’ dresses and other wedding accents.

For the wedding rings, Chapman says she and Long picked them out together.

“My engagement ring and wedding band are both from the Vera Wang Love Collection,” she says. “Ben saw them first and loved how they both have a little sapphire under the main diamond.”

Long’s ring, on the other hand, is black titanium with an onyx blue stripe in the middle.

“It looked a bit like a super hero ring,” Chapman says. “Which was perfect for him.”

Grant, 58, prepped her daughter to walk down the aisle by helping with her gown and veil.

“It is hard to believe that same 6-week-old girl who inspired the lyrics to ‘Baby Baby’ is now a beautiful married woman,” Grant tells PEOPLE. “Her life has given us a lot of reasons to dance and celebrate through the years!”

“Ben cried, but we always knew he was going to,” Chapman says. “I think he cried before the doors even opened.”

“As I got closer, his face just sort of melted,” she continues. “I, on the other hand, was so focused on not crying while walking down the aisle, I looked very serious. In reality I was just putting up every emotional wall in my arsenal.”

Chapman’s father, Grant’s first husband Gary Chapman, responded to the question “Who presents this bride?” with the words “We all do!”

“He captured the joy and healing of our big blended family,” says Grant, who married country singer Vince Gill in 2000.

Through Thick and Thin

In 2017, Dudley received one of Chapman’s kidneys in a transplant and is now in “great” health.

“We joke that she got my good kidney,” Chapman says. “The only thing I had to do was stop drinking sugar free Red Bull, something I used to love and she woke up craving after the transplant surgery.” 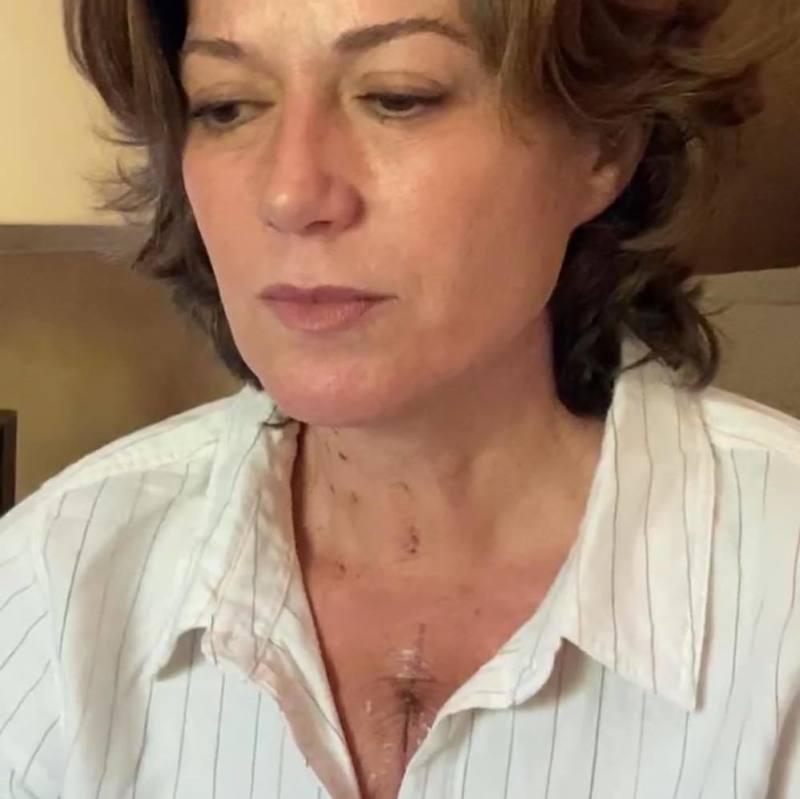 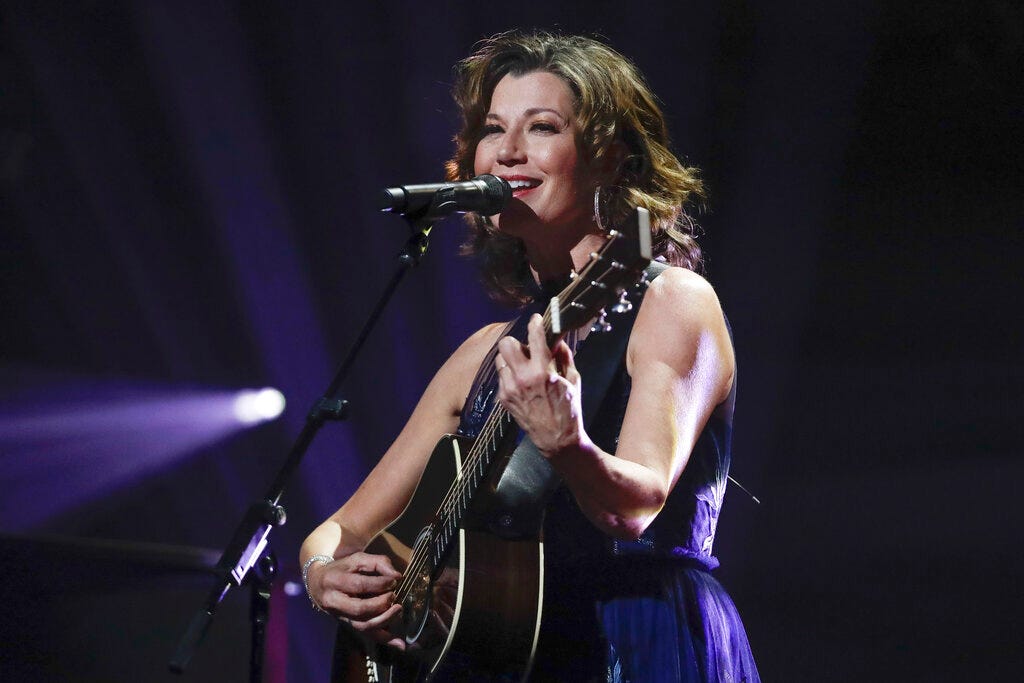