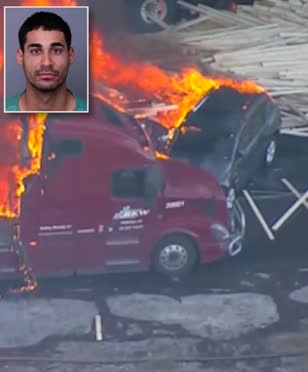 The man arrested on suspicion of vehicular homicide charges, related to the deaths of four people in the 28-vehicle crash on Interstate 70 in Colorado Thursday, has been pictured. Police on Friday identified Rogel Lazaro Aguilera-Mederos, 23, as the driver of the semi that they believe caused the collisions west of Denver that sparked the eruptions in a fireball that reached 2,500 degrees Fahrenheit. Aguilera is of Cuban descent and a permanent resident of the United States who lives in Texas, his brother told CNN. Daniel Aguilera said he spoke to his sibling following the crash and was told that his brakes failed. He is pictured wearing orange jail garments in a mugshot released from Jefferson County Jail on Friday. In another mugshot he appears with a lip piercing. He was released from the hospital with minor injuries after ‘one of the worst accidents’ the Lakewood area has ever seen, according to police.

Why did the plane’s engine exploded over Denver? 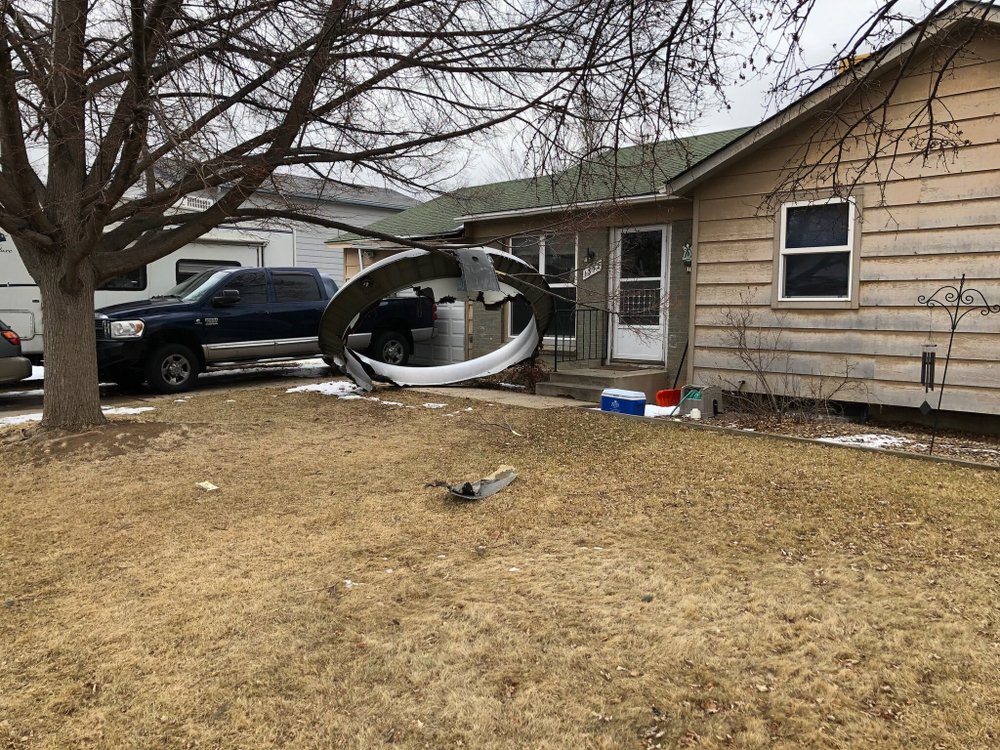 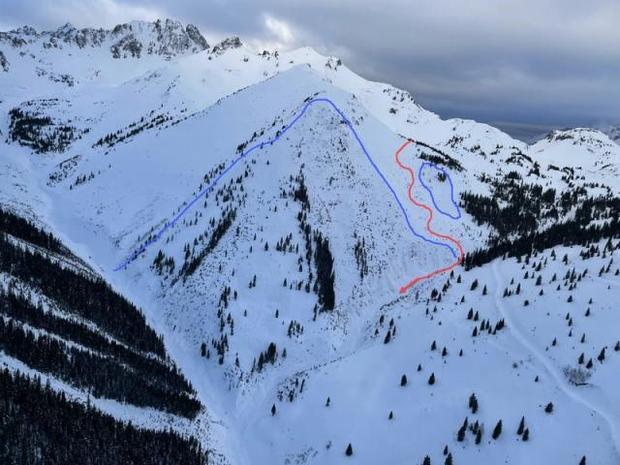