A House committee chairman on Wednesday formally asked the IRS to provide six years of President Donald Trump’s personal tax returns and the returns for some of his businesses as Democrats try to shed light on his complex financial dealings and potential conflicts of interest.

The request by Massachusetts Rep. Richard Neal, who heads the tax-writing House Ways and Means Committee, is the first such demand for a sitting president’s tax information in 45 years. The move is likely to set off a huge legal battle between Democrats controlling the House and the Trump administration.

Neal made the request in a letter to IRS Commissioner Charles Rettig, asking for Trump’s personal and business returns for 2013 through 2018. He asked for the documents in seven days, setting an April 10 deadline.

Trump told reporters Wednesday he “would not be inclined” to provide his tax returns to the committee.

Three of the eight Trump businesses in Neal’s request are also among the 14 Trump legal entities that were subpoenaed by the attorneys general of Maryland and Washington, D.C., in a lawsuit now in a federal appeals court. That suit alleges that Trump is violating the Constitution by accepting profits through foreign and domestic officials who stay at his Washington hotel.

The Trump businesses in the new request — part of Trump’s global empire of some 500 entities — include the trust he set up to handle all his holdings during his presidency, making it the most important of the group.

An IRS spokesman said the agency had no immediate comment on Neal’s request.

Democrats insist that obtaining Trump’s tax filings falls within their mandate of congressional oversight. Republicans have denounced it as a political witch hunt and invoked privacy concerns.

“We have completed the necessary groundwork for a request of this magnitude, and I am certain we are within our legitimate legislative, legal and oversight rights,” Neal said in a statement Wednesday evening.

Rep. Kevin Brady of Texas, the senior Republican on the Ways and Means panel, denounced the move as “an abuse of the tax-writing committees’ statutory authority.”

“Weaponizing our nation’s tax code by targeting political foes sets a dangerous precedent and weakens Americans’ privacy rights,” Brady wrote in a letter Wednesday to Treasury Secretary Steven Mnuchin, who oversees the IRS. “As you know, by law all Americans have a fundamental right to the privacy of the personal information found in their tax returns.”

The legal battle set to ensue could take years to resolve, possibly stretching beyond the 2020 presidential election.

Trump broke with decades of tradition for presidential candidates by refusing to release his income tax filings during his 2016 campaign. He has said he won’t release them because he is being audited, even though IRS officials have said taxpayers under audit are free to release their returns. Trump claimed at a news conference following the November election that the filings are too complex for people to understand.

The IRS has a policy of auditing the tax returns of all sitting presidents and vice presidents, “yet little is known about the effectiveness of this program,” Neal said in the statement. “On behalf of the American people, the Ways and Means Committee must determine if that policy is being followed, and if so, whether these audits are conducted fully and appropriately.”

Neal continued, “In order to fairly make that determination, we must obtain President Trump’s tax returns and review whether the IRS is carrying out its responsibilities.”

Neal is one of only three congressional officials authorized to make a written request to the Treasury secretary for anyone’s tax returns. The Internal Revenue Service is part of the Treasury Department. A rarely used 1924 law says the Treasury chief “shall furnish” the requested material to members of the Ways and Means Committee for them to examine behind closed doors.

A spokesman for Mnuchin didn’t immediately respond to requests for comment.

Mnuchin suggested in testimony to Congress last month that he would protect Trump’s privacy if the House Democrats requested his tax returns. “We will examine the request and we will follow the law … and we will protect the president as we would protect any taxpayer” regarding their right to privacy, Mnuchin said. 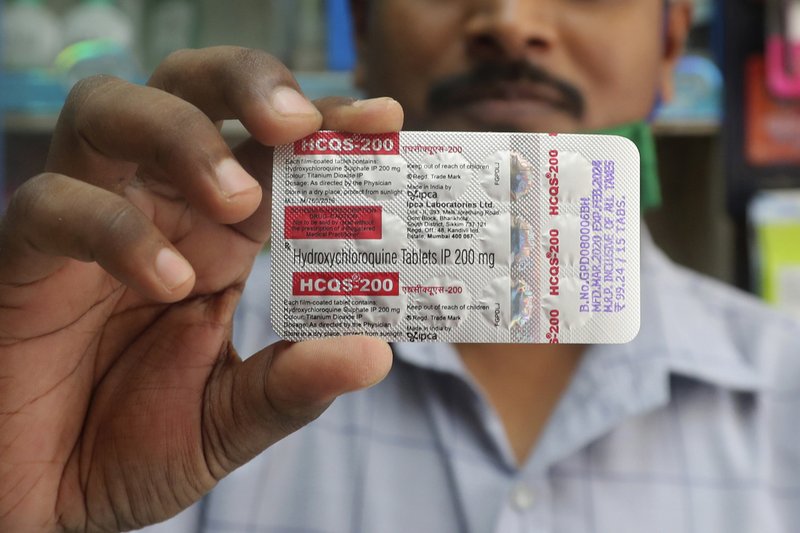 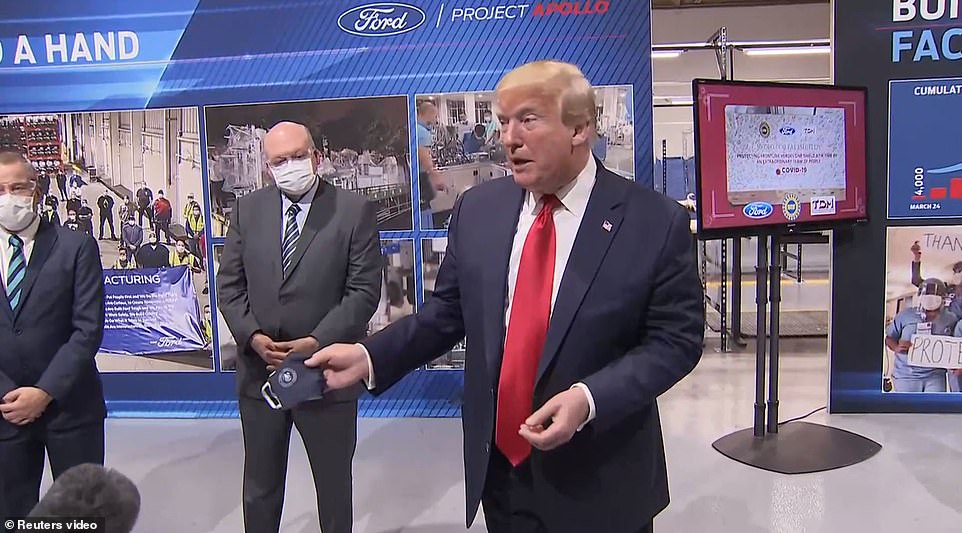 WATCH – Pandemic Politics: President Trump Shows Off Personalized POTUS Face Mask but Refuses to Wear It in Public as he Defies Michigan AG’s...