While many predicted that there would be schism within the United Methodist Church following a recent General Conference vote affirming the denomination’s stance against homosexuality and gay marriage, it may not be coming just yet, according to pro-LGBT groups.

In February, delegates at the UMC’s special session of General Conference in St. Louis, Missouri, voted to adopt a plan that not only upholds the church body’s position against homosexuality and the ordination of noncelibate homosexuals, but also put in place stricter enforcement of said rules.

The Traditional Plan succeeded in large part because of delegates representing Africa and other overseas regional bodies within the UMC.

Jan Lawrence, executive director of the Reconciling Ministries Network, which has hundreds of churches affiliated with them, told The Christian Post that leaving the denomination is not being considered.

“We do not know of any churches currently discussing exit. We are encouraging our churches not to discuss leaving at this point,” explained Lawrence.

Bridget Cabrera, executive director of the Methodist Federation for Social Action, another pro-LGBT group, told CP that she has found many churches her organization has ties with are saying they will “dissent” from the plan and “continue to welcome everyone.”

“None of the churches that I’m connected to have voiced they are planning to leave. The response has been the opposite,” said Cabrera. 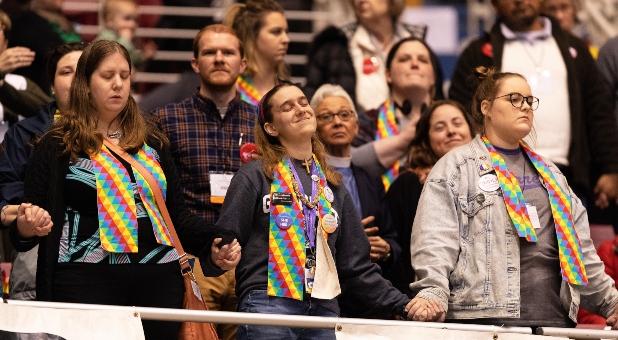