The “CFers,” as the characters refer to themselves, are both in the hospital for various treatment sessions. But they couldn’t be more different: Sprouse’s Will, the combat boot-wearing artistic type, doesn’t take his medical regimen seriously, as he’s all but given up the idea of ever beating the illness. “It’s just life, it’ll be over before you know it,” he says. In turn, Richardson’s Stella is a bright and energetic YouTuber who lives according to the rules, determined to get better in hopes of receiving a lung transplant.

Despite their differences, it doesn’t take Will and Stella long to fall in love shortly after meeting in the hospital’s neonatal wing. However, their relationship is complicated by the fact that they must maintain at least five feet of distance from each other to avoid dangerous cross-infection.

“Human touch,” Richardson says in the film’s intro, “We need that touch from the one we love almost as much as we need air to breathe. I never understood that until I couldn’t have it.”

With themes of love, sacrifice, and hope, “Five Feet Apart” reminds viewers that life is worth living, every breath, no matter how difficult, is precious, and that love isn’t contingent on physical touch.

Baldoni, who’s best known for his role as Rafael Solano on The CW’s “Jane the Virgin,” is an actor, director, and entrepreneur whose efforts are focused on creating impactful media. He spoke to The Christian Post about the inspiration behind “Five Feet Apart” and its poignant yet hopeful message, and why he believes death can be a messenger of joy.

CP: Congratulations on your directorial debut! What inspired this story?

JB: It all started seven years ago when I gave up acting to start telling stories of amazing individuals who were living with terminal illness and choosing joy, hope, and love in the face of tremendous adversity. I gave up the material life I was living to use my skills and talents to lift others up and to tell their stories, which I did in a documentary called “My Last Days.”

In the process, I realized that I was the one being lifted up; many of these people living in these conditions were happier than I was, and I knew that if I could take a piece of that, I would have lived a life I was proud of.

During this time, I met a young woman named Claire who had CF. She was the one who told me that people living with that disease can’t get closer than five feet, and I knew it was a movie I had to make and a story I had to tell. I wish that I’d had a movie like that growing up, learning about myself and the material and physical temptations that exist in the world. So for me, telling a story without physical touch where intimacy couldn’t be explored was a challenge I was willing to take on.

I also wanted to honor the 300,000 people who live with CF every year. These people have never been represented in a sincere way. Claire passed away just before I was able to show her the film; she never got to see it finished. But there’s no doubt in my mind she will continue to impact millions with her resilience and love for life.

CP: This film is, in many ways, a beautiful tragedy — it’s heartbreaking yet uplifting. I love how it shows the importance of making every moment count in this life.

JB: We live in such a dark time, and it’s easy to lose faith and hope. I wanted to create a movie that shows love is worth fighting for. We live in a time where everything is on demand and we have so many choices and it’s easy to quit when there’s a bump in the road. We can confuse that with thinking we’re not with the right person, and I wanted to explore what it means to fight for someone you love when giving up isn’t an option.

There’s a beautiful tragedy to this story; these young adults make difficult choices. The themes of this film — love, sacrifice, and hope — are desperately needed today.

CP: I worked for hospice for years, and it was such an honor, yet so sobering to be with people in their final moments. Did you feel a sense of sacredness and spirituality when approaching the subject of death?

JB: Absolutely. If you bring it all the way back, it was inspired by a quote I once heard: “I have made death a messenger of joy to thee. Wherefore dost thou grieve?”

It’s something that always struck me: How can death be joyful? But reflecting on our mortality can actually inform our lives. For me, this was all rooted in service and also in the belief that there isn’t an end, and that in the journey of life there are so many lessons to be gleaned from death. It’s a sacred space.

The documentaries weren’t just for the audience, but for the subjects themselves. They trusted me with telling their stories. I’m a filmmaker with a mission to help those facing the end of their lives leave a legacy. That’s the sacredness of the film for me, handling those issues delicately but not turning off an audience.

There’s a large sector of the population that doesn’t want to be fed any spiritual themes or serious matters; they just want to see a film with a compelling story. But I don’t believe those things are mutually exclusive, and I hope this film shows that.

CP: You make films and documentaries about topics that matter. What drives that passion? 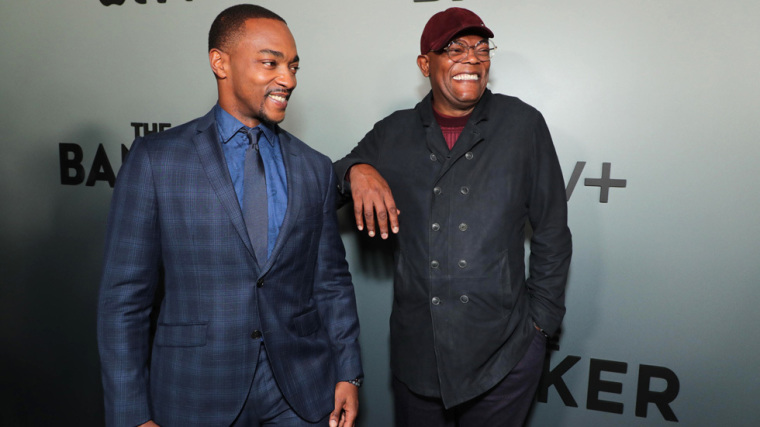