Michigan authorities are investigating to see if someone cheated music icon Aretha Franklin by cashing in a $178,000 check in her name before her death.

The ‘Queen of Soul’ filed a complaint with Bloomfield Township police about a missing check in June.

But she never found out where that check went, as she died a few months later of pancreatic cancer on August 16, 2018, at the age of 76.

Oakland County Chief Assistant Prosecuting Attorney Paul Walton said Friday there has been an active investigation into the missing check.

‘In June 2018, she filed a complaint with the Bloomfield Township Police that one of her checks was missing and believed stolen,’ Walton said to the Detroit News.

‘But unfortunately with her death, it is difficult to determine whether she actually passed it on to someone else who had the permission and authority to cash it,’ he added.

He said police have spoken to the person who endorsed that check at a bank in Oakland County, but declined to release a name or specify the relationship with Franklin.

‘It may take more evidence or someone coming forward with more information about the transaction,’ he said.

‘I would presume there is a chance that someone in the estate may pursue this as well,’ he added. 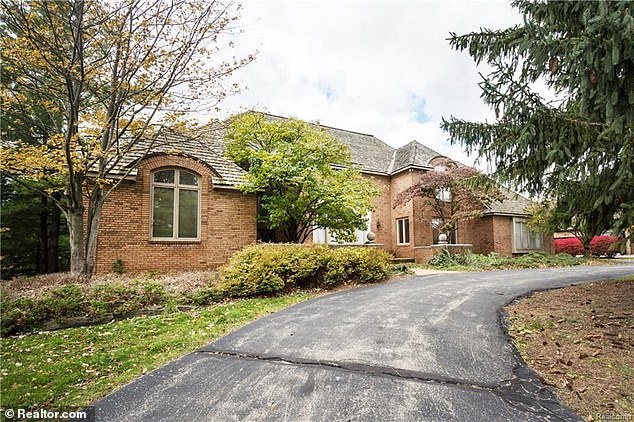 Bloomfield Township police also announced last month that they were investigating a reported theft from Franklin’s home there.

Franklin left her estate valued at an estimated $80million but also left no will. She was survived by four adult children, who will share in her estate.

Walton says that the check could become an issue for Franklin’s family and estate.

The famed singer had a history of mismanaging her finances, according to reports and the Franklin estate’s attorney David Bennett.

But Bennett noted back in December that Franklin always paid her debts and she did not immediately cash checks.

‘She had a lot of checks lying around that she had never cashed,’ Bennett said.

‘I had to have some of them reissued because they were so old. I don’t know why she didn’t cash them but it seems that the IRS figures some of it as undeclared income and are going after it,’ he added.

US surgeons transplant a PIG heart into a human in BREAKTHROUGH world first: 57-year-old dying Maryland handyman who’s ineligible for a human organ is...