Dr. Dre is one proud dad—his daughter Truly Young, 18, got into the University of Southern California (USC). He praised her on Instagram for the achievement on Saturday night, and couldn’t help but also throw some shade at the people who were recently indicted in a college admissions scandal, which include Lori Loughlin and Felicity Huffman.

“My daughter got accepted into USC all on her own. No jail time!!!” the rapper wrote, alongside a photo of him standing with his daughter as she holds a folder containing her USC certificate of admission and college brochures.

Several fellow rappers congratulated Dre’s daughter on her acceptance to USC, including Sean “Diddy” Combs, Busta Rhymes, T.I., and Timbaland. Fans also expressed their congratulations, while others pointed out a curious fact: In 2013, Dre and music executive Jimmy Iovine donated $70 million to USC to establish the college’s Jimmy Iovine and Andre Young Academy for Arts, Technology and the Business of Innovation.

Dre’s daughter also posted the photo of her and her dad on her own Instagram page, writing, “I got accepted into USC all on my own. No jail time!!!”

“ALL MY HARD WORK PAID OFF,” she wrote on her Instagram Story. “IM GOING TO FILM SCHOOL.” 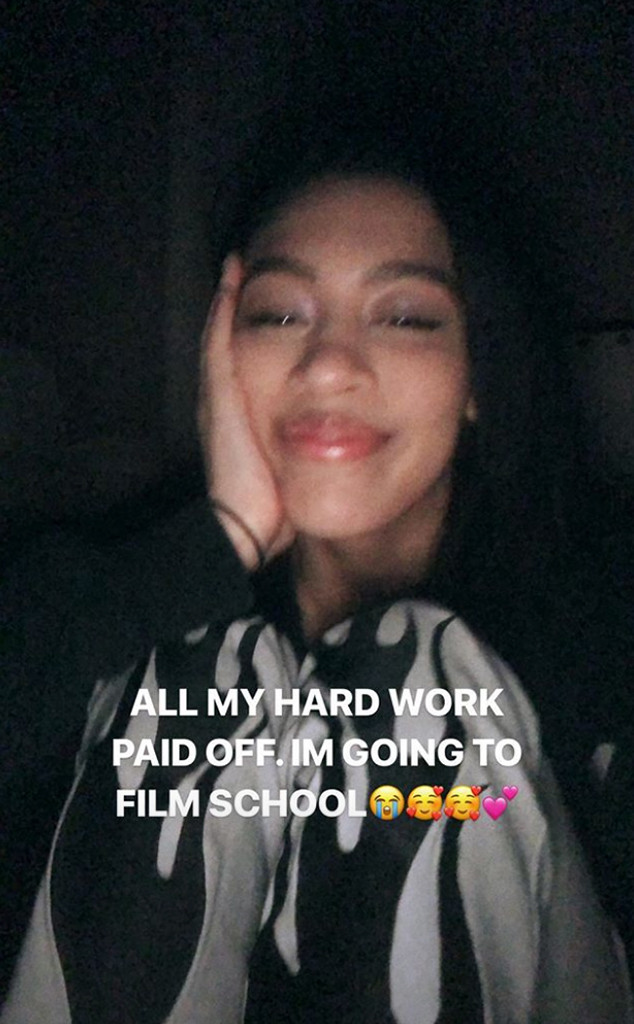 Earlier this month, some 50 people, including Loughlin and Huffman, were charged in an alleged $25 million racketeering scheme to help wealthy American parents get their children into elite universities, including Yale, Stanford and USC.

The scam, the largest in U.S. history, allegedly involved bribes given to coaches and stand-in test takers, as well as doctored photos misrepresenting applicants as elite athletes.