New York Rep. Alexandria Ocasio-Cortez says she considers herself ‘privileged’ for not having to deal with the trauma of being transgender.

The first-term lawmaker made the comment on a podcast with the Intercept that dealt with a series of other topics including health care, taxes, and her adjustment to serving in Congress.

She made the remark at the tail end of an interview after speaking about obstacles faced by the poor and other groups and how during a transition ‘you actually see and feel and sense and taste and smell all of the differences.’

Then she called herself a ‘cisgender’ woman, using a term that means someone whose gender identity matches the one they were born with.

‘Almost every single person in this country can acknowledge some privilege of some type, you know? I’m a cisgender woman,’ said Ocasio-Cortez, a self-described Democratic socialist who won the election stressing her working-class struggles tending to a bar. 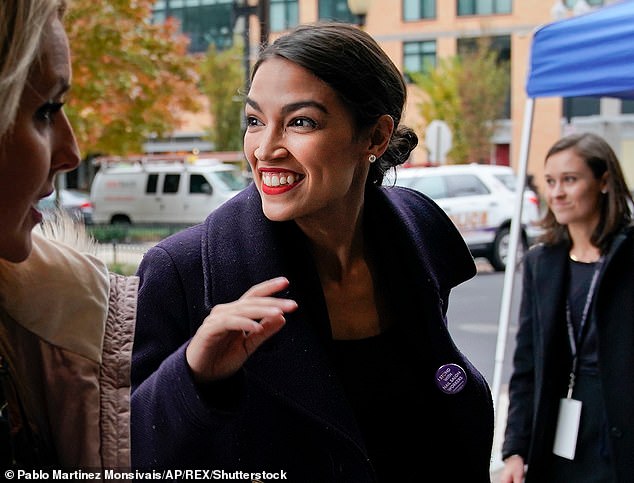 ‘You know, I will never know the trauma of feeling like I’m not born in the right body, and that is a privilege that I have no matter how poor my family was when I was born,’ she continued.

‘But it’s really hard for some people to admit. It’s part of this weird American dream mythology that we have, that for a lot of people, in a lot of circumstances, isn’t as true or isn’t as clearly communicated as we’d like for it to be, or we wish it were,’ she said.