Venezuelan soldiers opened fire on a group of civilians attempting to keep open a segment of the southern border with Brazil for deliveries of humanitarian aid, causing multiple injuries and the first fatalities of a massive opposition operation meant to deliver international relief to this devastated South American country, according to eyewitnesses and community leaders.

At 6:30 a.m. on Friday, a military convoy approached a checkpoint set up by an indigenous community in the southern village of Kumarakapay, on the main artery linking Venezuela to Brazil. Venezuelan President Nicolás Maduro on Thursday ordered the closure of Venezuela’s border with Brazil.

When the volunteers sought to block the military vehicles by standing in front of them, soldiers began firing assault rifles. At least two people were killed and a dozen wounded, at least three of them seriously. The dead were named as a woman, Zorayda Rodriguez, 42, and a man, Rolando Garcia.

The Trump administration, which opposes Maduro, promptly denounced the shooting. “The United States condemns the killings, attacks, and the hundreds of arbitrary detentions that have taken place in Venezuela,” a State Department spokesman said. “We stand with the victims’ families in demanding justice and accountability.” (Vice President Pence, who is one of the administration’s most forceful Maduro critics, is scheduled to be in Colombia on Monday for a scheduled meeting of the Lima Group — a consortium of Latin American countries, plus Canada, that have called for Maduro’s ouster.)

In tweets, opposition leader Juan Guaidó — who was en route to the Colombian border — said: “In the community of Kumarakapay, 2 soldiers shot against Pemones that were at a checkpoint. The result of this crime is 12 people wounded and one dead. Our solidarity is with them. It will not go unpunished.”

In a separate tweet, he added, “To soldiers: between today and tomorrow you will define how to be remembered. We know you are with the people, you have made it clear to us. Tomorrow you can demonstrate it.”

At least 30 neighbors took to the streets following the shootings, kidnapping three soldiers, according to Carmen Elena Silva, 48, who had joined the roadblock, and George Bello, a spokesman for the indigenous community.

“The majority of the people support the entrance of humanitarian aid, and we want to keep our border open,” Silva said. “This is help, not war. . . . Every day more children die.”

A spokesmen for Venezuela’s Communications Ministry said it could not yet comment on the incident.

The activists belonged to the Pemones indigenous tribe that has joined the opposition effort to haul in aid donated by the United States and other countries from bordering nations on Saturday. The aid is coming from nations — including the United States — that have demanded that Maduro step down. His government has ordered a full blockade of the aid and dispatched the military to reinforce Venezuela’s borders.

The incident appeared to be the most violent confrontation yet in a still-unfolding operation in which thousands of volunteers are seeking to reach bordering nations to haul in the aid. Opposition leaders feared more clashes on Saturday, when volunteers plan to bring aid over the border.

Tensions between the military and the indigenous Pemones involved in the fatal exchange have been rising for years over the fast spread of illegal gold mining on their traditional lands. Opposition leaders convening in San Cristobal, the largest Venezuelan metropolis near the Colombian border, denounced the use of excessive force.

“We have to condemn what happened today,” said Maria Gabriela Chávez, a coordinator for environmental issues in the National Assembly, the opposition-controlled legislature that Maduro stripped of its powers in 2017. “In the new Venezuela that is coming, we will assume this pain and experience as a lesson.”

In this city of nearly 300,000, opposition lawmakers outlined plans for an operation Saturday meant to receive aid shipments that have piled up in Cucuta, a Colombian border city.

Franklin Duarte, an opposition official, announced four points of departure starting at 3 a.m. He said volunteers would be bused to the four international bridges that connect bordering cities to Cucuta, to help the aid come in. Those volunteers who are planning to stay in San Cristobal, he said, would march toward the city’s military barracks holding flags.

“Unlike protests in the past, this time the people will stay in the street until containers of humanitarian aid come in,” he said.

“Tomorrow will mark the before and after for Venezuelans fighting to get back their democracy,” said Edgar Zambrano, vice president of the National Assembly. 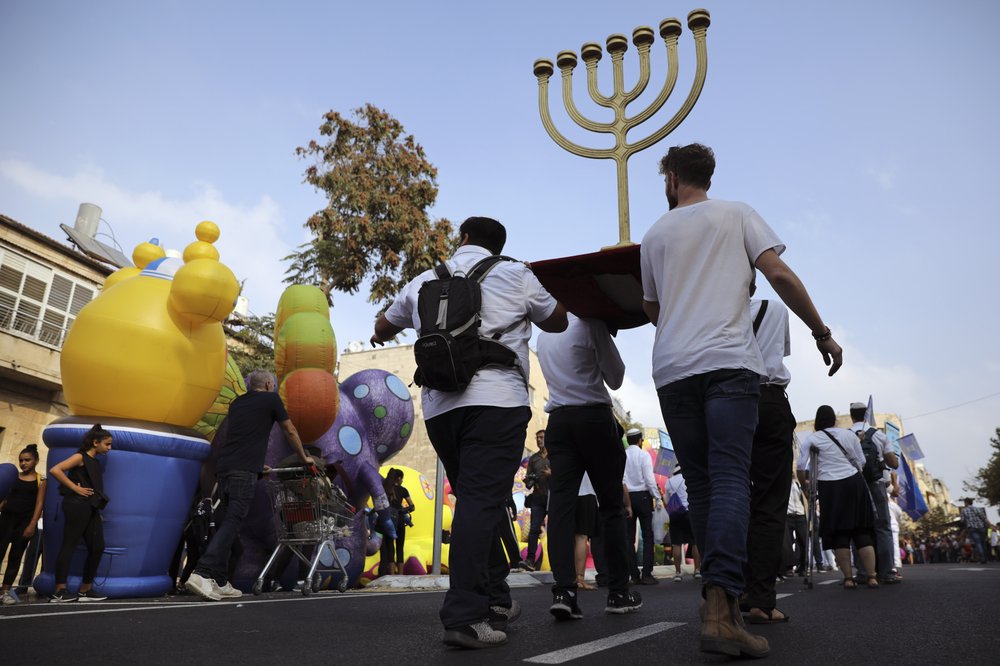 Controversy over “GOD TV” has put Israel and its evangelical Christian supporters in an awkward position, exposing tensions the two sides have long papered...

Suffering Venezuelans Seek Help Near Colombia Border as Maduro Continues to Block Aid Citing, “We are Not a Country of Beggars”

U.S. to Give Colombia $9 Million to Help Aid Venezuelan Immigrants