An Oregon wildlife center is offering people the opportunity to symbolically tear their ex-boyfriends and girlfriends to pieces this Valentine’s Day.

Wildlife Images Rehabilitation and Education Center in Merlin, Oregon has several programs available for the loved-up holiday — but one is much less romantic than the others.

For a $20 donation, the center will name a salmon after the donor’s ex, after which it will promptly feed the fish to a bear for dinner.

‘Did you fall hook, line, and sinker for someone who broke your heart? Kodi & Yak would love to help you get your revenge!

‘In exchange for a $20.00 donation your ex’s name will be on a salmon and served up for dinner. There is a limited number of salmon for this promotion so don’t lose your chance!’

‘Name a salmon after your ex and let our bears provide some closure!’

While knowing you’re symbolically feeding your ex to a brown bear might be satisfying, Wildlife Images is playing two sides of this coin: They’ll also name a salmon after your sweetheart ‘and help support a healthy diet for our bears.’

There are other programs, too. For a $5 or $10 donation, anyone can become a ‘Valentine’ of one of the center’s animal ambassadors.

The salmon tribute is just the latest gimmick of its kind.

Since 2015, the Bronx Zoo has been running a program called Name a Roach. For a $15 donation, the zoo promises to assign any name the donating party chooses to one of its Madagascar hissing cockroaches, and will also send along a certificate as a memento.

The zoo has also offered several other gifts for bigger donations over the years.

To promote the campaign last year, the zoo created a video of a cockroach using a Tinder-like app called Wilder.

In the clip, a very realistic — and disgusting — rendering of the bug is perched on top of a smartphone, which one imagines the actual owner never wanted to use again.

The roach swipes left and right through other roach profiles, like ‘Lee’, who poses with wine glasses, and ‘Robin’, who composed a poem about yoga.

There’s also a bug named ‘Sam’ at the library, whom the original roach finally swipes right on. The two match and are then seen on a date.

The program was actually conceived not for naming bugs after exes but actual loved ones because, the site says, ‘roaches are forever’.

It is very hard to kill a cockroach, as it is widely known that they can even survive nuclear explosions. They can live a month without food, and for up to 30 minutes underwater. They also live for nine days without a head.

New Study Says, This Eating Habit Can Add Over 13 Years To Your Life–Could we Call This the Hezekiah Diet?

7 Tips to Avoid Gaining Weight During the Holiday Season 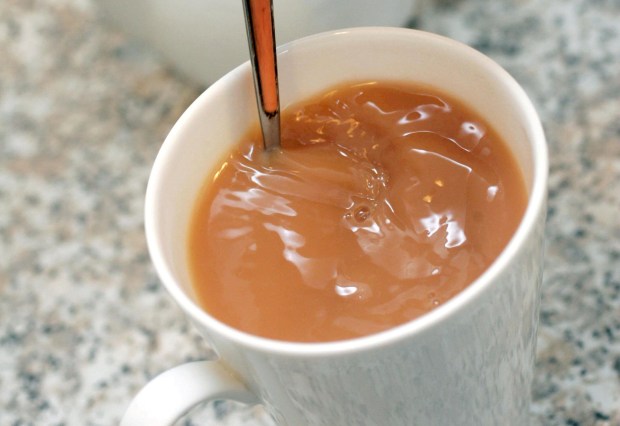