Supreme Court Justice Clarence Thomas on Tuesday called for reconsideration of a landmark First Amendment precedent, criticizing the 1964 decision that the Constitution creates a higher barrier for public figures to claim libel.

Thomas wrote alongside a court decision not to take up the case of a woman who accused Bill Cosby of sexual misconduct in 2014. He suggested that the seminal case New York Times v. Sullivan, holding that public figures have a higher burden to prove libel, was wrongly decided.

“If the Constitution does not require public figures to satisfy an actual-malice standard in state-law defamation suits, then neither should we,” the opinion states.

He continued, saying, “We did not begin meddling in this area until 1964, nearly 175 years after the First Amendment was ratified. The States are perfectly capable of striking an acceptable balance between encouraging robust public discourse and providing a meaningful remedy for reputational harm. We should reconsider our jurisprudence in this area.”

His position echoes complaints of President Donald Trump, who has called for libel laws to be reconsidered in light of news stories about him, said CNN Supreme Court analyst and University of Texas School of Law professor Steve Vladeck.

“Since he was on the campaign trail, President Trump has complained about libel laws in the United States, and has argued that they should be rewritten,” Vladeck said. “Justice Thomas’s opinion today concurring in the denial of certiorari is a road-map to exactly that result.”

It would take four justices to grant such a case should one even reach the high court and no other justice joined Thomas’ opinion on Tuesday.

Trump has harped on the issue repeatedly, publicly calling on politicians to change the currently standing libel laws.

“Isn’t it a shame that someone can write an article or book, totally make up stories and form a picture of a person that is literally the exact opposite of the fact, and get away with it without retribution or cost. Don’t know why Washington politicians don’t change libel laws?” Trump wrote on Twitter in September.

In another instance, Trump specifically named The New York Times in a March 2017 tweet: “The failing @nytimes has disgraced the media world. Gotten me wrong for two solid years. Change libel laws?” 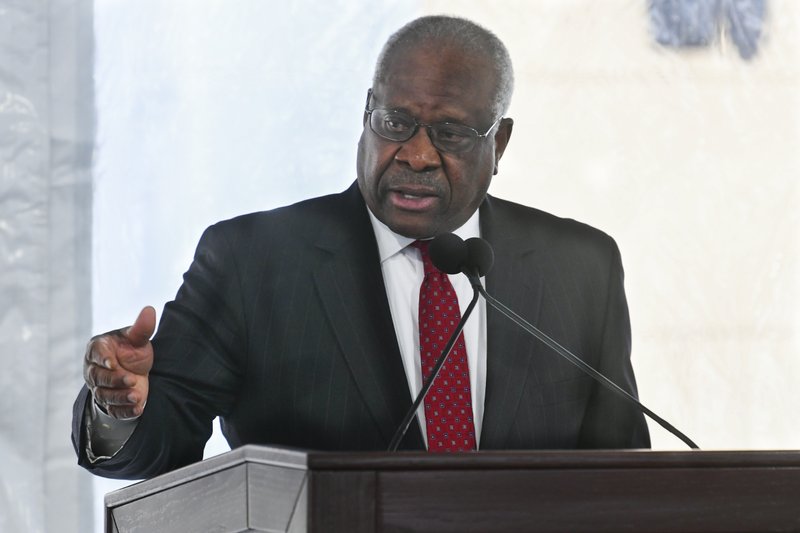