Phil Robertson, “The Duck Commander,” has just released a new book titled The Theft of America’s Soul: Blowing the Lid Off the Lies That Are Destroying Our Country.

Robertson, 72, is the co-owner of Louisiana’s Duck Commander Company and the head of the duck calling Robertson family made famous on A & E’s hit reality television series “Duck Dynasty” that’s still in syndication.

“I decided from the very beginning that I would tell it like it is because I have not — and will not — be ashamed of the Gospel of Jesus Christ. God’s truth is always right, and I’m very proud that this notable publication has accused me of preaching it,” Robertson said in a press release.

“And preach I will — more of it, and louder. That’s exactly why I wrote The Theft of America’s Soul to begin with. It is one long sermon from my heart to the soul of America,” he continued.

Robertson preaches like he’s using a shotgun. In his book, Robertson blasts way at some of the “lies” being spread throughout our culture. The book exposes what he says are 10 essential deceptions and schemes being used by the devil to “steal, kill and destroy America’s soul.”

Robertson told The Christian Post in a recent interview he fears that United States — as it backs away from its founding on “Judeo-Christian principles”— will one day dissolve because God could leave the country to wallow in its own wickedness. 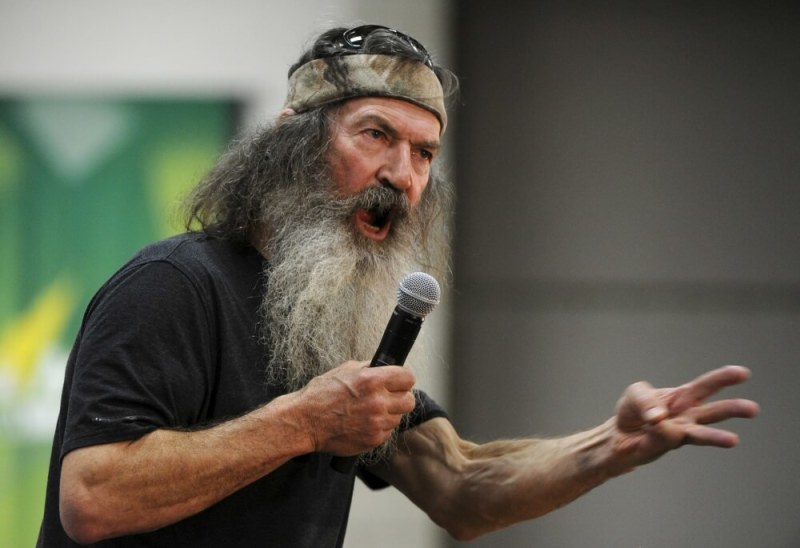 Phil Robertson Says People All Over the U.S. Who Listen to His Podcast Travel to Louisiana to be Baptized by Him