What’s a gold statue to do?

The odds are all over the map in this unusually unpredictable awards season – particularly in the Oscars best-picture race, where critical darlings are going head to head with box-office blockbusters. Will it be a small film made in Mexico City or a hotly debated film about race relations that earns the Academy Awards’ biggest prize of the night? Could Spike Lee’s latest film prove to be a dark horse on Sunday night (ABC, 8 ET/5 PT)?

USA TODAY’s movie experts weigh in on how and why each of the eight nominees could win.

There remains a massive disconnect between how the masses feel about “Green Book” – audiences gave the 1960s-era film a hearty 94 percent approval rating on Rotten Tomatoes – and the issues critics found with it.

To many, “Green Book,” buoyed by strong performances, is the balm this divided country needs right now: The movie showcases common ground a racist white guy (Viggo Mortensen) can find with a refined world-class black musician (Mahershala Ali). But detractors have branded “Green Book” a shallow white-savior story that frames deadly prejudice as though it’s a not-so-nice thing of America’s past. It also doesn’t help that the film has been hobbled by negative stories surrounding the film’s director, Peter Farrelly, and screenwriter, Nick Vallelonga.

But the ultimately feel-good film has soldiered on to claim a bellwether Producers Guild of America prize, and now, “Green Book” could very well take the night’s top prize. If it does, it will be partly due to motion picture academy voters burying Netflix’s critical darling “Roma,” fearing what a best-picture win for the streaming service could mean for the industry. – Andrea Mandell

This Marvel powerhouse deserves its nod for the top prize. But can it win, too? Filled with sprawling, African-influenced visuals, spectacular special effects (Chadwick Boseman‘s T’Challa runs up the side of a building!), and black representation in the superhero space like never before, “Black Panther” racked up $700 million on the way to universal acclaim and a full-on cultural movement.

True, the Marvel film doesn’t have the usual nomination harbingers of a best-picture contender: Of its seven nods, none are for acting or even effects, and there also was no love for filmmaker Ryan Coogler in the directing or screenwriting categories. What it does have is momentum after a Screen Actors Guild win for outstanding ensemble and a deep respect within an industry that hasn’t always taken these sorts of movies seriously.

“Black Panther” is that rare beast that shakes up pop culture for the better, changes the game for an entire genre, and is endlessly entertaining. If a blockbuster like “Titanic” can become king of the world, so can T’Challa. – Brian Truitt

Why should Oscars voters formally crown “The Favourite”? Let us count the bodice-ripping ways. The diabolical comedy is steeped in Sapphic subterfuge while serving up Oscar-nominated performances from a triangle of female leads. It’s got a gout-ridden Queen Anne, played delectably by Olivia Colman in all her bejeweled inertia. Her scheming confidante (and lover) Lady Sarah Churchill, played with gusto by Rachel Weisz. And bless Emma Stone, going full speed ahead at this point in her career as a social-climbing scullery maid hell-bent on trampling her cousin Sarah by way of the queen’s tufted bed.

It’s true that Oscar voters tend to lean away from comedy on the big night, but is there anything more 2019 than the madcap way “The Favourite” shakes up history through the female gaze? (For extra measure, Greek director Yorgos Lanthimos – of “The Lobster” fame – is one of the most exciting directors working today.) Anoint Sunday ladies’ night and call it for this wonderfully weird film, would you? – Andrea Mandell

Statistically speaking, “Roma” is the film to beat Sunday. Throughout awards season, Netflix’s Spanish-language black-and-white drama has picked up a bevy of precursor prizes that typically portend Oscar gold (including best film from BAFTA and Critics’ Choice, and a Directors Guild Award for Alfonso Cuarón). Factor in its leading 10 Oscar nominations and hefty awards campaign from Netflix, and voters might ultimately be swayed to choose “Roma” as the highbrow alternative to controversial nominees “Green Book” and “Bohemian Rhapsody.”

It’s not a bad choice, either. Cuarón’s latest is a transcendent piece of filmmaking, which he tenderly constructed from his memories growing up in 1970s Mexico City. The movie is a tribute to Cuarón’s own childhood nanny, represented here by Cleo (best-actress nominee Yalitza Aparicio), a beloved live-in housekeeper for a middle-class family. Although Aparicio is silent for much of the film, her expressive face is filled with a lifetime of emotions: empathy, as she watches a marriage crumble inside their home; heartache, when she sees her first love for who he truly is; and relief, after overcoming unspeakable loss with her head (quite literally) above water.

“Roma” is a celebration of all of life’s little moments, both good and bad, and a rewarding slow burn for those that give it the time and attention it so richly deserves. And while no foreign-language film has won best picture in the Oscars’ 90-year history, Cuarón’s masterpiece has what it takes to buck the trend. – Patrick Ryan 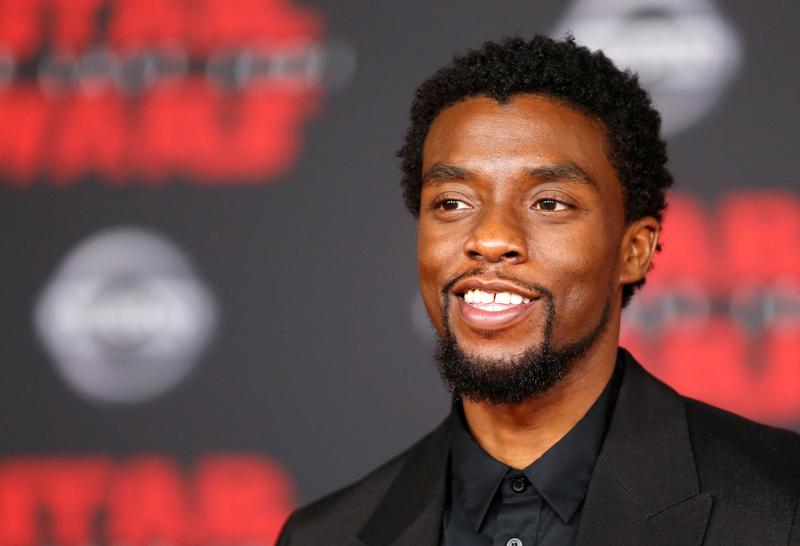