Bishop T.D. Jakes, senior pastor of The Potter’s House in Dallas, Texas, rebuked a spirit of suicide from fellow megachurch Pastor John Gray on Saturday, just days after Gray revealed he had been contemplating suicide.

“I literally thought about how I could end my life and still get to Heaven and somehow my kids would not be scarred but there was no way I could figure out how to do it. And I’m not the only person that thought about that. I’m not the only person the devil attacked in that area,” Gray said in a recording of his sermon to his church on New Year’s Eve posted to YouTube.

Gray, who recently became pastor of Relentless Church in Greenville, South Carolina, after serving at Joel Osteen’s Lakewood Church in Texas, has faced much public scrutiny in recent months for lavishing his wife with a $200,000 Lamborghini. He also admitted last summer to listening to voices that lured him away from his wife and his family and to being on the brink of getting a divorce.

Dressed in all black attire, which he called “my funeral outfit,” he quipped that “2018 tried to kill me so I thought I’d try to dress for the occasion.”

While revealing that the backlash that he received over some of his personal choices triggered his suicidal ideation, he also revealed in the sermon that he was getting counseling because prayer alone wasn’t enough to deal with some of the unresolved trauma he has in his life.

“The truth is some of the stuff that tried to kill me I helped. Nobody wants to shout. Everybody needs to know some stuff wasn’t the devil, some stuff was you. It would be great if we shout for that too because when you shout for that what you’re saying is I take personal responsibility,” he said.

“I wanted to call it quits. ‘Hey you sound like you need counseling,’” he said, mimicking criticism.

On Saturday, at a special leadership training session at First Baptist Church of Glenarden in Marlboro, Maryland, Bishop Jakes revealed to Gray that the spirit of suicide was still lurking in his home and he openly rebuked it.

“I don’t even want to open this up in public because I know how deep it is,” Jakes explained in a clip from the session posted to YouTube. 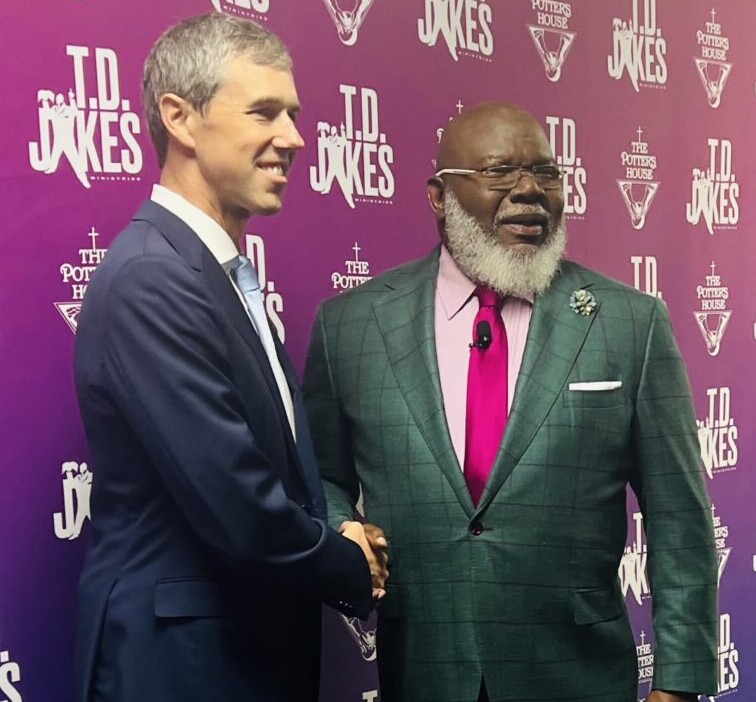