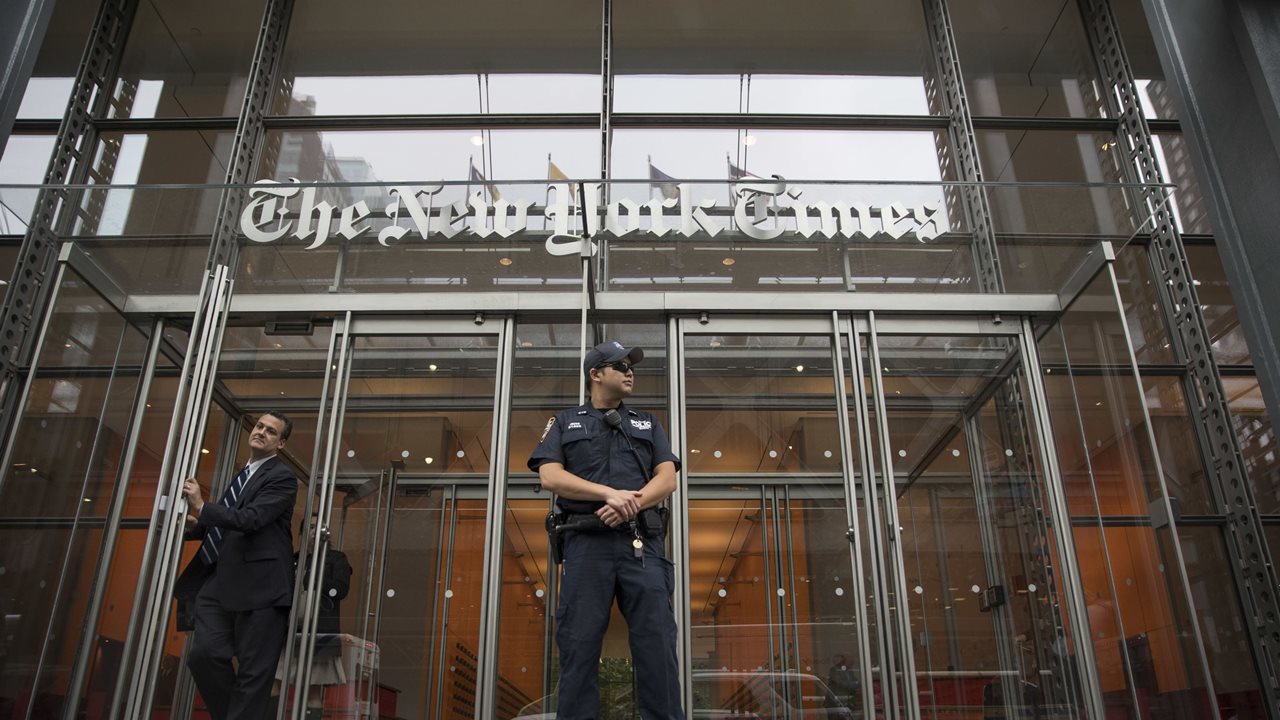 In a year-end op-ed piece for the New York Times, Katherine Stewart alleges that, “The Christian nationalist movement today is authoritarian, paranoid and patriarchal at its core. They aren’t fighting a culture war. They’re making a direct attack on democracy itself.” Such claims are as ludicrous as they are misleading.

According to Stewart, when evangelicals like Lance Wallnau compare Trump to King Cyrus in the Bible, they are actually wanting Trump to be a king. Indeed, she claims that, “in Mr. Trump, they have found a man who does not merely serve their cause, but also satisfies their craving for a certain kind of political leadership.”

Evangelicals, whom she slyly characterizes as “Christian nationalists,” want a king, not a president. They want someone to impose their views on the nation. They are theocratic, not democratic. That’s why Trump is their man.

She writes, “I have attended dozens of Christian nationalist conferences and events over the past two years. And while I have heard plenty of comments casting doubt on the more questionable aspects of Mr. Trump’s character, the gist of the proceedings almost always comes down to the belief that he is a miracle sent straight from heaven to bring the nation back to the Lord. I have also learned that resistance to Mr. Trump is tantamount to resistance to God.”

Let’s analyze these claims one at a time, as factually and as dispassionately as possible.

First, with regard to the Cyrus comparison, I can say without equivocation that those using the analogy did not use it with reference to Trump ruling over the nation like a king. As evangelical Americans, we trace our roots back to those who overthrew British rule. We reject a king over America just as much as we reject attempting to set up a theocracy where religious leaders rule the land by fiat and force.

The Cyrus analogy had to do with the unlikelihood of someone like Trump being president, just as it was unlikely that God would use someone like Cyrus (an idol-worshiping, non-Israelite), to restore the Jewish exiles from Babylon.

Wallnau even read Isaiah 45 to Trump at a gathering of evangelicals during the primaries, including these words: “For the sake of My servant Jacob, Israel My chosen one, I call you by name, I hail you by title, though you have not known Me” (Isa 45:4).

In other words, God was raising up Donald Trump, a non-evangelical, non-Christian, to help America and, in particular, to help evangelicals. It had nothing to do with him reigning as a king.

Second, these evangelicals are not paranoid. We are fighting a very real battle for our liberties. We are standing up for the rights of our children. Even Time Magazine published an article on June 29, 2016 titled, “Regular Christians Are No Longer Welcome in American Culture.” And already in 2003, David Limbaugh could write the book, Persecution: How Liberals Are Waging War Against Christians.

There’s a reason I have urged fellow-evangelicals to rise up and speak up in 2019. (For a fair, academic evaluation, see George Yancey and David A. Williamson, So Many Christians, So Few Lions: Is There Christianophobia in the United States?)

Third, we evangelicals are fighting a culture war. We are not fighting “democracy itself.” To the contrary, we believe the democratic principles of our country are being undermined by radical ideologues who have a very different vision for America.

We see a rise in mobocracy, not democracy. We see a push towards socialism, which will destroy the democracy. We see an anti-Constitutional, even anti-American vision from the radical left that is destructive, and we see Trump opposing that.

David Jeremiah on In a Distracting World, Remember the Greatest Commandment