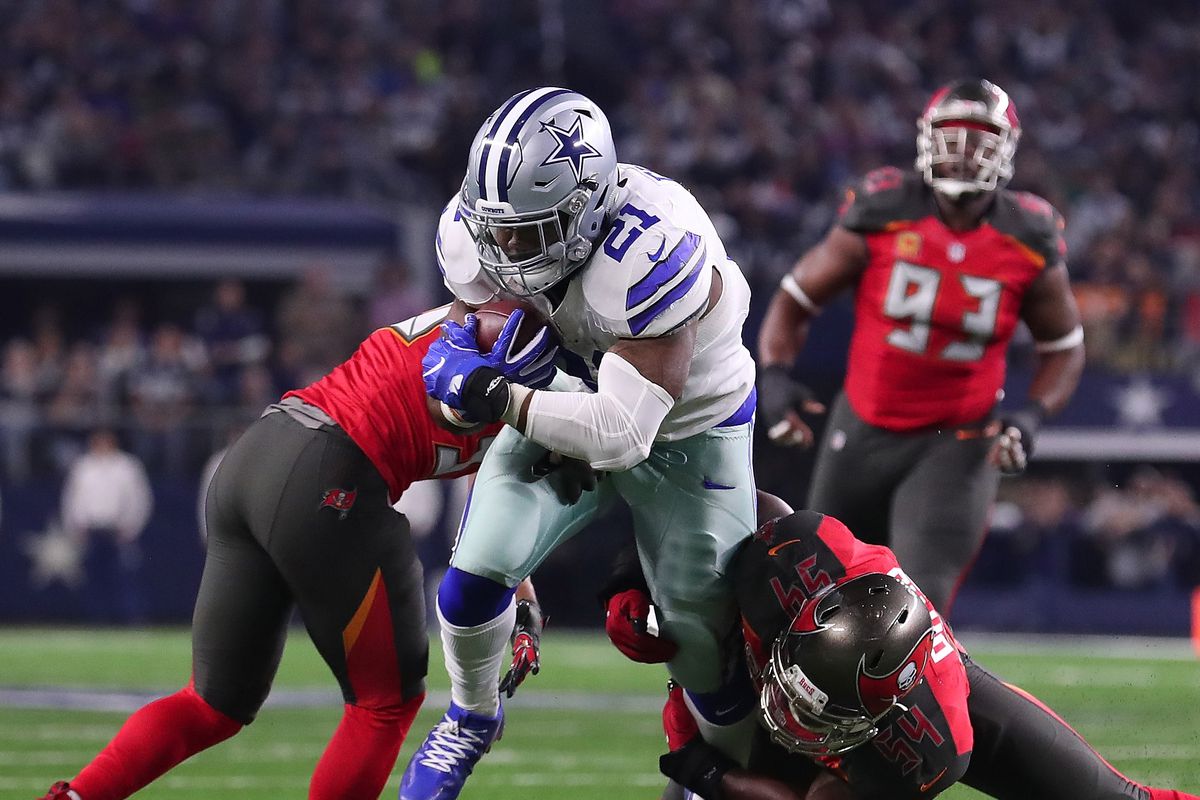 The Tampa Bay Buccaneers faced off against the Dallas Cowboys in hopes of diminishing their playoff hopes, but instead found themselves on the losing end of the battle.

For the ones hoping Christmas would come early for the men in Pewter & Red, I’m sorry, but you were denied yet another moment of happiness.

Jameis Winston and Mike Evans picked up right where they left off from the week before as Wintston dropped on in over Evans’ shoulder for a 38-yard gain on the opening drive. It took the Bucs all the way down to the Cowboys’ 13-yard line, but Caleb Benenoch was called for an all-too-frequent hold on the next play.

The penalty proved to be too much and Tampa Bay had to settle for a field goal. Cairo Santos nailed the 37-yard attempt and the Bucs led, 3-0.

Dak Prescott and Michael Gallup did their best Winston/Evans impersonation on the next drive, hooking up for a 31-yard completion on 3rd-and-12. The Cowboys were able to overcome a block in the back on Allen Hurns and facemask call on Vita Vea placed the ball on the Tampa Bay 7.

Prescott raced into the end zone on the next play and Dallas took a 7-3 lead.

.@Dak the halls 🎁
Runnin’ it all the way in…#WPMOYChallenge + Prescott pic.twitter.com/Hy6z3OoJoy

Winston and the offense were on the move until a Randy Gregory strip sack paved the way for a Jaylon Smith touchdown return.

It was a 3rd-and-5 from the Dallas 36. Winston navigated the pocket perfectly, stepping up to avoid the initial pressure off the edge, but didn’t feel Gregory as he came back around and took Winston down from behind to push the lead to 14-3.

Penalties were the name of the game on the next drive for both teams. Dallas gave Tampa Bay a couple of free first downs on a neutral zone infraction call and a defensive holding call, while the Bucs had to overcome a holding call on Demar Dotson and an illegal block in the back call on Winston.

They were able to overcome the former, but not the latter. It prevented the Bucs from reaching the end zone and they had to settle for another Santos field goal, but this time it was a bit further at 45 yards.

The kick sailed through the uprights and the Bucs now trailed, 14-6.

Defense took over for both teams for the rest of the first half. Dallas forced the Bucs into consecutive three-and-outs, with the second one highlighted by a Winston sack deep in Tampa Bay territory.

The Cowboys started with excellent field position at the Bucs’ 46, but Tampa Bay’s defense held strong. It wasn’t enough to keep points off the board, however, as Brett Maher nailed his 59-yard attempt to make it a 17-6 game.

The Bucs needed to score before halftime. Dallas would receive the ball to begin the third quarter, so points were a must on the next drive.

A roughing the passer call on Gregory and an unnecessary roughness call on Xavier Woods helped the Bucs drive right down the field and score off a Jacquizz Rodgers touchdown run. Despite the big turnover and all of the penalties, Tampa Bay found themselves down by just four points, 17-13.

It was a defensive half for both teams, but the Bucs’ defense came to play in the first half. They held the Cowboys’ offense to just 116 net yards and one third down conversion.

The offensive struggles continued for the Cowboys on the opening drive of the second half. Carlton Davis punched the ball out of Ezekiel Elliot’s hands on 2nd-and-4, but Tampa Bay couldn’t recover. The Bucs did force Dallas into another three-and-out though and they had to punt the ball away.

A 17-yard strike to Evans and a 20-yard pass to Godwin down the sidelines put the Bucs at the Dallas 26. Winston couldn’t escape the Dallas defensive line for the third time and it left Tampa Bay with another field goal attempt.

The 52-yard attempt – a career long if made – sailed wide right and Bucs’ fans were left with an oh-so-familiar taste in their mouth as the score stood stagnant at 17-13.

It was just a matter of time before Dallas would get things going offensively. They finally started to piece things together on the next drive. Another big reception from Gallup and some receptions by Cole Beasley had the Cowboys knocking on the door at the Bucs’ 3.

But Jason Pierre-Paul perfectly read a toss to Amari Cooper and took him down for a 7-yard loss. The play set up a 3rd-and-goal from the 10 and Dallas couldn’t convert as Beasley was pushed out of bounds while reaching for the end zone at the 2.

Maher hit his second attempt of the game and extended the lead to 20-13.

Disaster struck for the Bucs on the next drive. A big run by Peyton Barber was called back due to a holding call on Anthony Auclair, giving the Bucs a 2nd-and-12 instead of a first down inside of Dallas territory.

Wide receiver Bobo Wilson then proceeded to fumble the handoff on a reverse sweep and Randy Gregory was right there to scoop it up. He was able to get all the way down to the Bucs’ 4-yard line before Winston took him down.

Gallup was there in the back left corner of the end zone for the touchdown pass from Prescott and Dallas was now up, 27-13.

GALLUP-ing in a Winter Wonderland ❄️

Tampa Bay needed to respond and to do it quickly.

What they got was a whole lot of neither of those options.

In spite of fourth downs and with some help from some defensive penalties, the offense was able to drive back inside the Dallas 10-yard line. But an inexcusable delay of game penalty on 3rd-and-1 from the Dallas 2 put the Bucs in a position faced with a 4th-and-6. Winston attempted to get the conversion with his legs, but fell just short after his outstretched arms couldn’t get past the chains.

It was a 17-play, 73-yard drive that took 9:35 off the clock. Tampa Bay walked off the field with zero points to show for it.

I don’t know what else better sums up the 2018 season than those two sentences.

Winston was able to drive the Bucs down for a late touchdown to Evans, but with no timeouts left, it was either an onside kick or a 5-10 record.

Unfortunately, the Bucs couldn’t recover the kick and were left with the 5-10 record.

Tampa Bay will conclude the 2018 season next season at home when they face off against the Atlanta Falcons. Kickoff is set for 1PM EST. 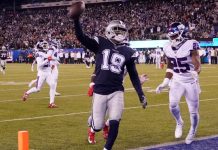 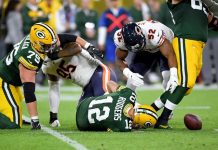 NFL: Scores and Highlights from Week 1