When I was a young girl, I gathered up all my books from my bedroom, carried them downstairs into our finished basement, arranged them on a bookcase, and opened my own little library. I’d like to say I did this in order to let my friends check out the books to read, but I think it’s more accurate to say that I made them do it. Now as an English professor, I make my students read books, and it has been both my passion and my job to encourage people to read widely.

When I began teaching, I found I had to become a kind of apologist for literary reading. Some of my Christian students (along with their nervous parents) were wary of reading “worldly” literature by authors who, perhaps, were hostile to the Christian worldview. As a young professor at an evangelical university, I developed an approach to teaching my classes that began with a biblical basis for reading literature, including literature that is not necessarily “Christian.” I came to relish every opportunity to teach my students (and sometimes their parents) how such reading ultimately can strengthen one’s Christian faith and worldview. I became an evangelist for reading widely.

Then, over the past several years, something began to shift. Now nearly everyone seems to be reading more—and more widely. I seldom encounter students who have been sheltered from diverse points of view, transgressive ideas, or atheistic arguments. Or even Harry Potter. Between blog posts, Twitter feeds, listicles, and long-winded Facebook rants, everyone seems to be reading something most of the time—right from the palm of their hand. Yet we don’t seem to be better readers. In fact, we seem to be worse. (Just spend two minutes following a Twitter thread if you have any doubts about this.) Yes, reading seems to be on the rise. But reading well? That’s another story.

Story, in fact, is where we might turn to improve our reading skills. Numerous studies by cognitive and behavioral scientists over the past several years have indicated that reading literary fiction cultivates empathy. This is because literary fiction—which shows rather than tells—requires readers to make the same kind of predictions, assessments, and evaluations we must make every day in real life. Indeed, the connection between literature and character goes all the way back to Aristotle, who argued that literature is a training ground for the proper development of human emotions.

Jesus himself affirmed the power of stories by telling parables, little stories that cast a real-life truth alongside the fictional one. In the Old Testament, Nathan used the form of a story to confront King David with the truth about his sin. The wisest people in history have always known that good literature is a school of virtue. In rediscovering the art of reading well, we can recover our sense of virtue, too.

The word virtue simply means excellence. A virtuous person is someone of excellent character. Reading virtuously, or with excellence, means putting into reading all that it demands so that you can harvest the fruit it is designed to yield.

Reading is inherently virtuous. Consider the fact that Christianity is a religion of the word, a faith centered on words and, ultimately, the Word itself. From the inscription of God’s will in stone at Mt. Sinai to the God-breathed inspiration of the Bible’s 66 books (which include numerous literary genres, from poetry to epistles, from history to prophecy), Christianity places primacy on reading—and reading well. Indeed, the widespread literacy of the modern world was a gift from Christianity; followers of Christ wanted to spread the Word of God by teaching as many people as possible to read it.

Now, centuries later, in the midst of what many cultural critics describe as a post-literate age, the major questions we face in both the church and our nation center on reading: How do we read Scripture? How do we read the Constitution?

Two inseparable disciplines are at the heart of virtuous reading: the straightforward task of comprehending the words on the page and the more complicated project of judiciously interpreting their meaning, both within and beyond the text.

Reading well isn’t just a virtuous activity in itself. It can also help cultivate other virtues. Consider what reading requires of the body and the mind: stillness, rest, reflection, focus, attentiveness. It’s easy to imagine how luxurious and indulgent such an activity was hundreds of years ago, when life, for most people, revolved around long hours of hard, physical labor. Yet even as life has become more sedentary in the 21st century, our lives are anything but quiet and focused. So even today the very act of reading helps moderate the excesses that characterize much of modern life. And this is the essence of virtue in traditional thought: It is the mean between an excess and a deficiency, or the moderation between two extremes.

In a world rife with choice, where so many activities compete for our attention, the simple decision to set aside time to read requires a kind of temperance. If, like me, you have lived long enough to have experienced life—and reading—before the internet, perhaps you now, again like me, find your attention span shortened and your ability to sit and read for long stretches diminished. Researchers have studied the disruptive, fragmentary, and addictive nature of our digitized world—the demands of its dinging, beeping, and flashing devices—and cataloged its dangerous effects on our minds. As Nicholas Carr explains in The Shallows: What the Internet Is Doing to Our Brains, “the linear mind is being pushed aside by a new kind of mind that wants and needs to take in and dole out information in short, disjointed, often overlapping bursts—the faster, the better.” Our brains work one way when trained to read in logical, linear patterns, and another way when continually bouncing from tweet to tweet, picture to picture, and screen to screen.

To read virtuously is to rebel against this chaos. Above all, reading well requires reading closely: being faithful to both text and context, interpreting accurately and insightfully. The attentiveness necessary for deep reading—the kind we practice in reading literary works as opposed to skimming news stories or social media posts—requires patience. Careful interpretation and evaluation require prudence. To practice any of these skills is to cultivate the virtues they demand. 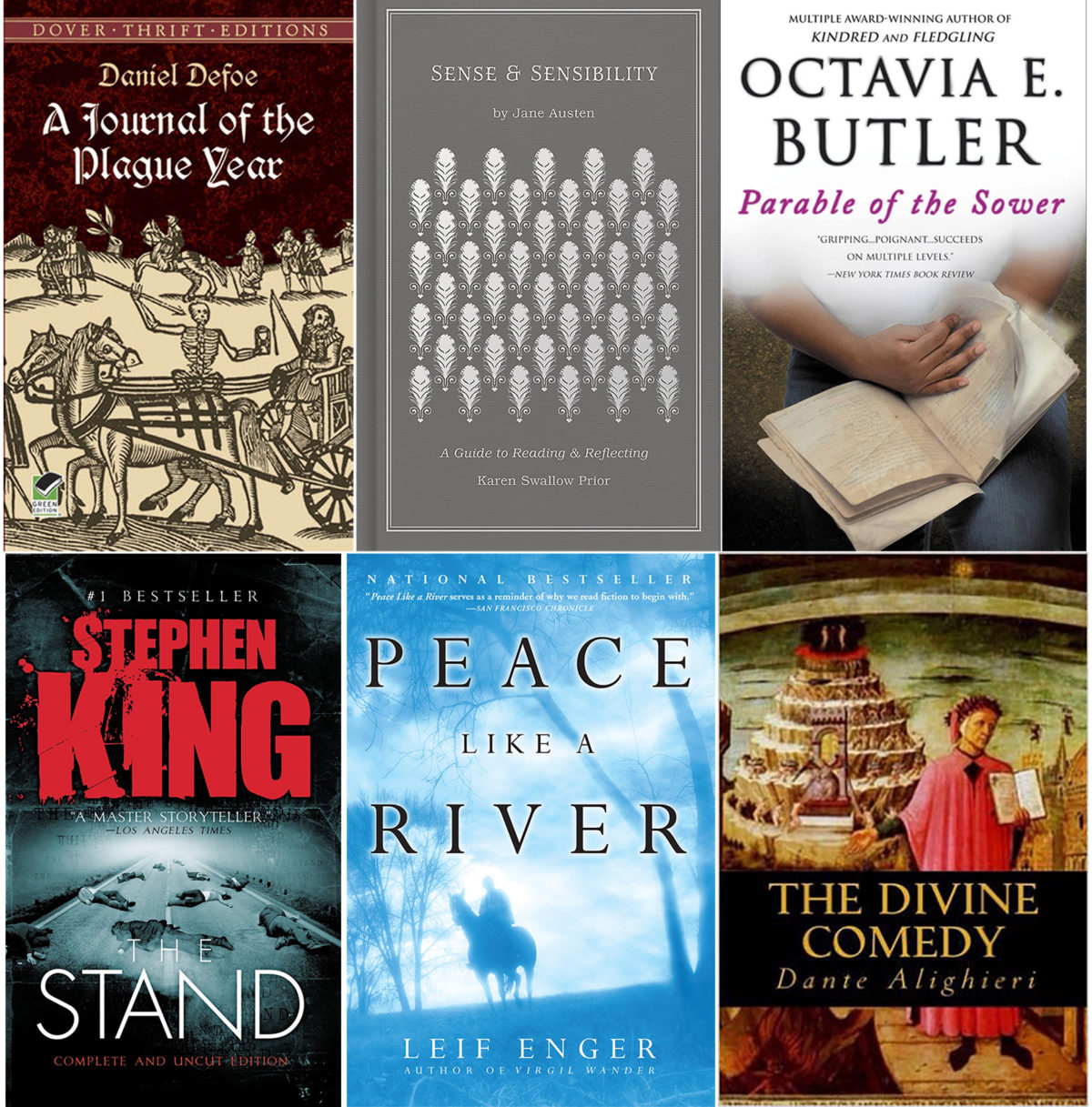 John Stonestreet on Four Books to Gift This Christmas