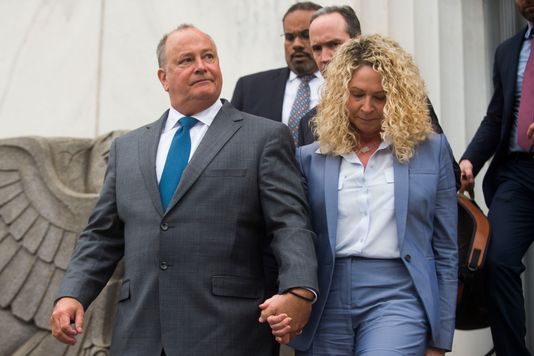 He slipped between skins and lived two lives in one – the big-hearted businessman and the corporate con artist, the self-made man who talked to truckers like one of their own just to pick their pockets at the pump and laugh behind their backs.

He heads to federal prison at month’s end.

Mark Hazelwood helped build Pilot Flying J into a billion-dollar national powerhousewith travel centers in 44 states and six Canadian provinces. Along the way, he presided over a fraud plot that ripped off small trucking companies to the tune of more than $50 million and still wasn’t satisfied, federal prosecutors say.

A federal judge sentenced Hazelwood, 59, to 12½ years in prison last month for his role in the plot, which spanned at least five years. The sentence followed a jury’s guilty verdict in February on charges of wire fraud, witness tampering and conspiracy to commit wire fraud.

Hazelwood insists he’s innocent. His attorneys say they’ll appeal. Neither responded to requests for an interview.

The man portrayed in court testimony and captured on undercover recordings? 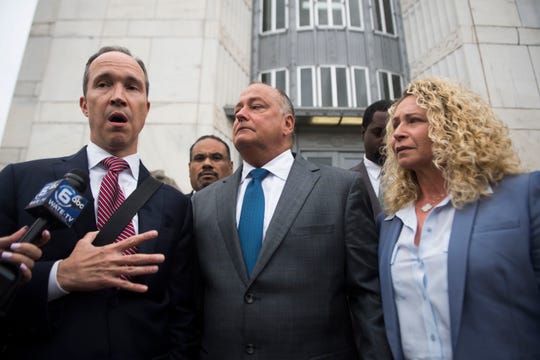 “That’s not me,” Hazelwood told WVLT-TV after his conviction. “That’s never been who Mark Hazelwood is.”

The president-turned-felon worked his way up from a teenage dish rat in a truck-stop kitchen to a boardroom boss commanding nearly $27 million in pay at the height of the fraud. Hazelwood’s rise took 40 years. His fall took just five.

From busboy to boardroom

Hazelwood loves to point to his humble upbringing as the inspiration for his innovations at Pilot. His father worked as a printer for the Dayton Daily News in Ohio, his mother as a waitress at a truck stop off U.S. Highway 40.

His first job? Opening Cokes for Mom at the truck stop at age 5. His first paycheck? Washing dishes for $1.65 per hour at age 13 in between school and helping out on the family tobacco farm.

At 15, Hazelwood went to work for himself washing trucks and tractor-trailers. He graduated from high school in 1977 as student body president and joined Truckstops of America, now Travel Centers of America. Within a year, he’d risen to store manager; within five, to general manager.

Hazelwood began his career with Pilot in 1985 as a district manager. The Knoxville, Tenn.,-based corporation reported $250 million in sales that year, 100 convenience stores and 1,500 employees.

His friends and former co-workers credit him with one innovation after another for Pilot, including devising the travel centers that now dominate interstate exits around the country, complete with fast-food options and private showers.

He starred in a corporate training video as “Mark the Driver,” preaching to Pilot managers about what the everyman trucker wants, needs and expects on the road. On business trips and vacations, he stopped at Pilot stores along the way to inspect the setup.

“He understood the trucking industry (and) their needs,” Alan Wright, a former Pilot vice president, wrote in a letter on his behalf. “He has a gift of developing solutions. … In fact, there were times when I felt Mark was ‘too good’ to the customers.”

The company named Hazelwood president in 2012. By 2014, Pilot reported more than $30 billion in revenue, 700 locations and more than 28,000 employees – and fired its president for cheating customers.

Pilot’s rebate program offered discounts on diesel fuel to trucking customers in exchange for guaranteeing a minimum number of gallons a month. Sales reps promised rates based on wholesale fuel costs plus a pumping fee, usually a few cents per gallon.

Between wholesale costs that fluctuated daily and the various state and local gas taxes, many customers couldn’t keep up to verify they got the promised deals. Pilot staff calculated the discounts day by day, for what became known as a “manual rebate” – called “Manuel” for short.