Last week, the night before Together for the Gospel began, someone asked Ligon Duncan what advice he’d give the first–time attender. He replied, “I come here to sing.”

The last time I personally attended T4G was 10 years ago. But every year it’s been held since, a number of folks from our congregation went, returning with some version of Dr. Duncan’s comment. Of course, while they’d tell me about the sermon(s) I needed to stream and show off the stacks of books they received, inevitably their visage would visibly brighten as they recounted the joys of singing with thousands of gospel–loving people. Last week, after a 10–year hiatus I’ll blame on 10 years of seminary, I joined 12,000 other men and women to hear a number of sermons. And to hear 12,000 people sing in a gym. Here are four reflections on that experience.

Martin Luther once said, “A person who…does not regard music as a marvelous creation of God, must be a clodhopper indeed and does not deserve to be called a human being; he should be permitted to hear nothing but the braying of donkeys [edited] and the grunting of hogs.” My wife’s family and my own both live on farms. I’ve heard that sound. I’ll stick with music.

Psalm 92:1 says, “It is good to give thanks to the Lord, to sing praises to your name, O Most High.” When I studied music in college, one of my professors asked our class, “What is the highest art form in the world?” After some debate, he persuasively argued that the opera held that distinction, mainly due to the combination of literary aspects in the libretto, artistic aspects in the staging, thespian aspects of the actors/actresses, and the obvious musical aspects of the singing.

However, I’d put opera in a distant second. When the Creator of the world tells his image–bearers that which would be good for them, the argument ceases. The highest of art forms on the planet is the redeemed congregation singing praises to its Redeemer.

2. The Human Voice Is the Greatest Instrument

I won’t bore you with the details, but most instruments in the West are tuned to something called equal temperament. This is because unfortunately if you tune a piano perfectly in one key (say E–flat), it won’t be perfectly in tune in some of the other keys. To correct this imperfection, most instruments are tuned to equal temperament—a series of small compromises in each key—to enable the instrument to play beautifully, though somewhat imperfectly, in all 24 keys.

I remember my secular music professor explaining this concept one time and then matter–of–factly asserting that the human voice was the only instrument that could perform every key perfectly in tune. In my secular university classroom, he said so without wonder. I worshiped. Steinway, Gibson and Stradivarius masterfully make instruments; but they too come in a distant second.

Bob Kauflin said one time this week to the 12,000 voices that surrounded him, “It’s my joy to accompany you.” That’s what he did. He accompanied; he didn’t perform. I wonder if he even had the capability to stop a song once he started us. After that initial piano chord, 12,000 men and women were off to the races, employing the greatest instrument in the greatest art form with the greatest of songs. 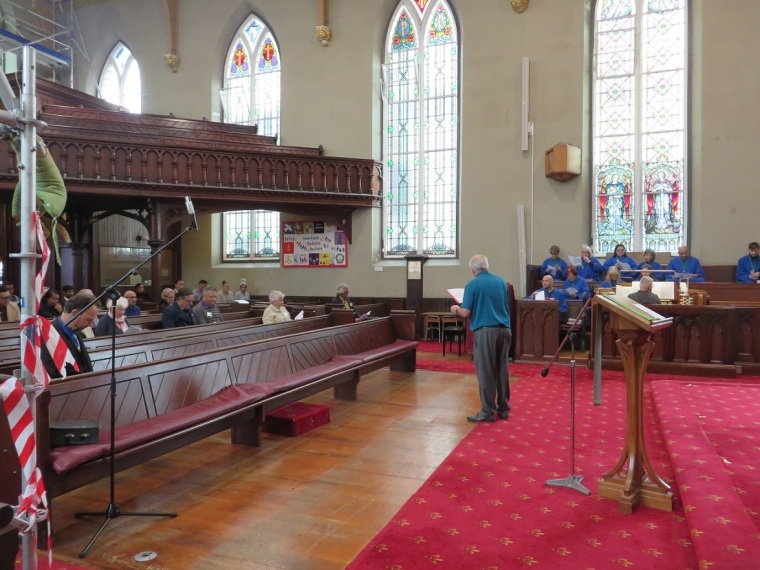