Taraji P. Henson is using her star power, hard work and determination to help stamp out the stigma surrounding mental health issues in the African-American community.

The 48-year old actress celebrated the launch of her nonprofit organization – The Boris Lawrence Henson Foundation – which was named in honor of her father, with a fundraising event at a swanky Beverly Hills home on Saturday.

And the Empire star shined from pride in a red 1960’s retro mini skirt dress as she prepared to greet selected guests.

Henson owned the red number that seemed to pop even more with its black and white trim.

She matched it perfectly with a pair of white open toe heels and a minimum of accessories that included a bracelet and her amazing engagement ring.

Her black tresses were styled in a bob cut with major body and a part down the middle.

Actress Jenifer Lewis also shined at the event as she stood next to her friend in an all-white ensemble that dispelled the myth that you can’t wear white after Labor Day. 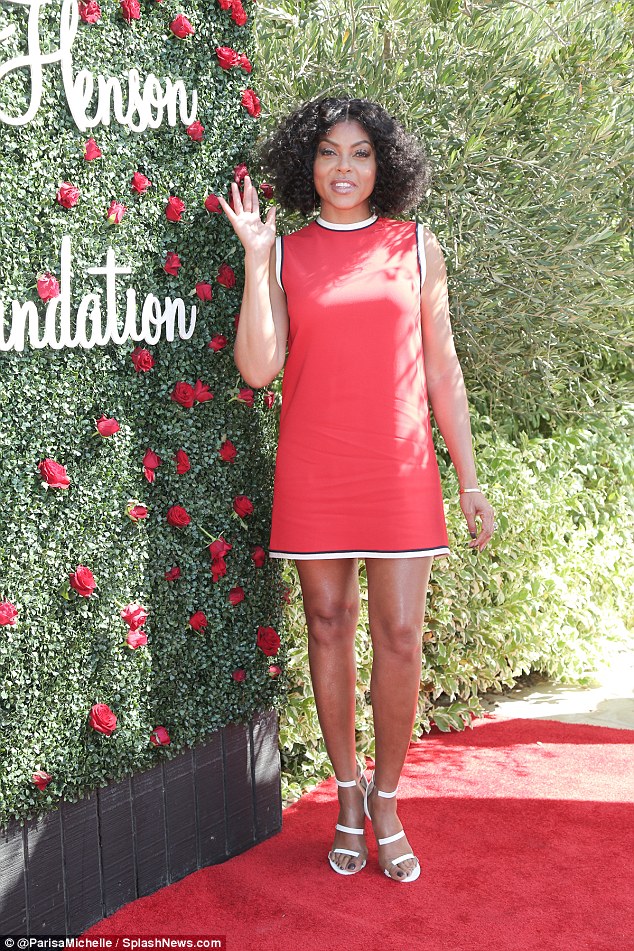 Owning it: The Empire star shined from pride in a red 1960’s retro mini skirt dress 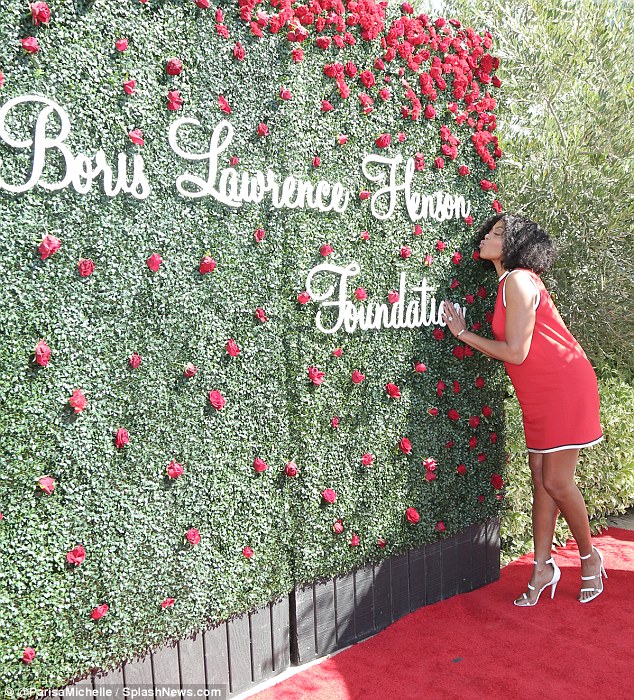 Paying tribute: The Boris Lawrence Henson Foundation was named in honor of her late father who struggled with mental health issues after he returned from serving in the Vietnam War

Taraji’s Boutique of Hope event provided invited guests a chance to enjoy a few hours of shopping in rooms at the home that featured select designer brands.

Those guests also received access to an online auction with special items donated by some of her celebrity friends.

But on this day, the fabulous fashion was only a means to a very important end for Henson and her foundation.

‘I named the organization after my father because of his complete and unconditional love for me; his unabashed, unashamed ability to tell the truth, even if it hurt; and his strength to push through his own battles with mental health issues,” Henson said to People. 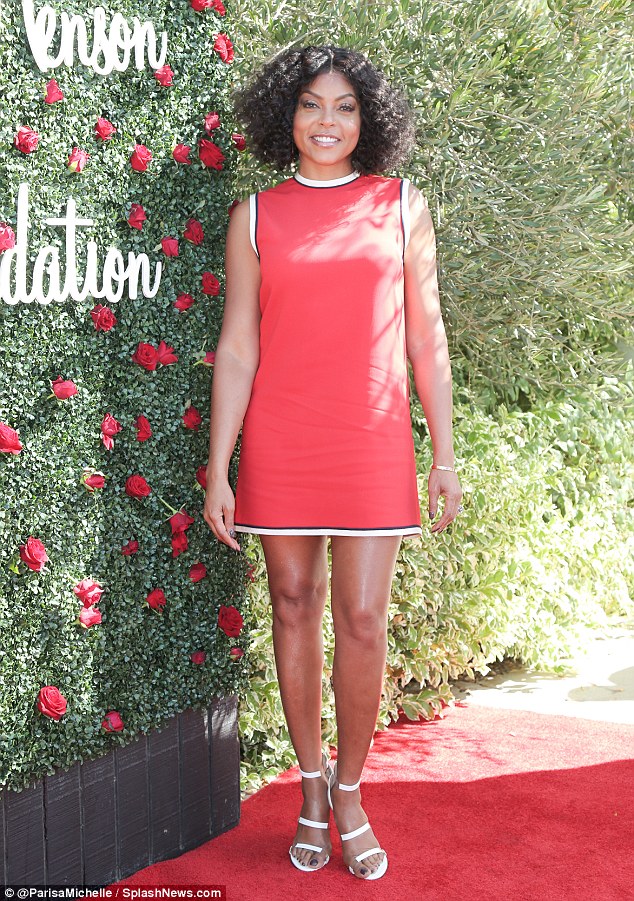 For a great cause: The Taraji’s Boutique of Hope fundraising event provided invited guests a chance to enjoy a few hours of shopping in rooms at the home that featured select designer brands

Taraji’s father died in 2006 at the age of 58 after battling liver cancer.

‘My dad fought in the Vietnam War for our country, returned broken, and received little to no physical or emotional support,’ the Empire star wrote in her 2016 memoir Around the Way Girl.

‘I stand now in his absence, committed to offering support to African Americans who face trauma daily, simply because they are black.’ 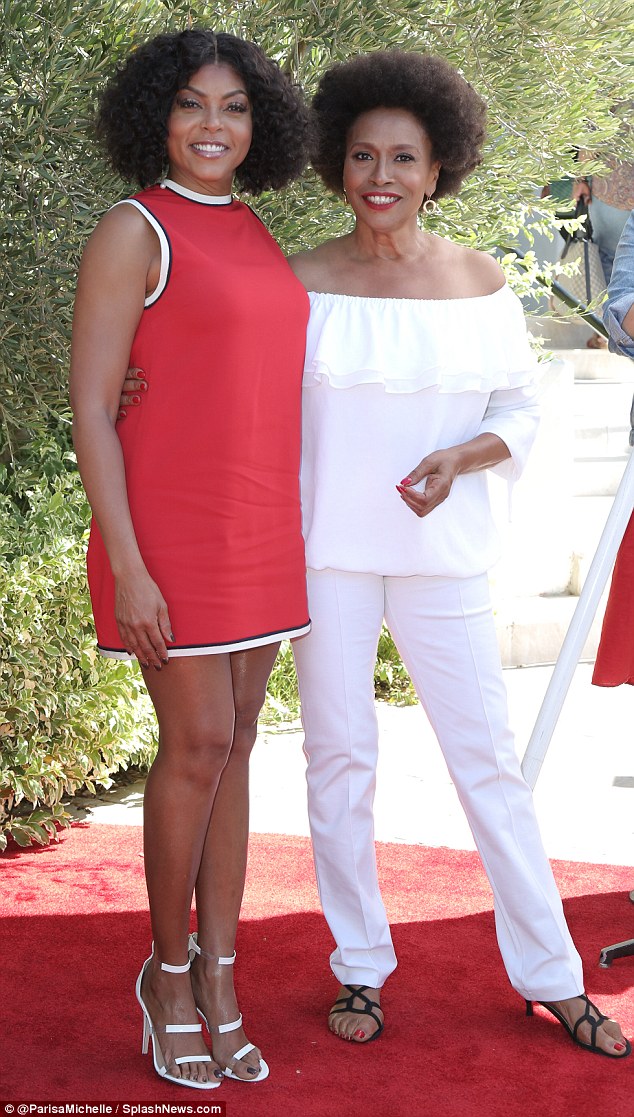 Stand by me: Actress Jenifer Lewis also shined in an all-white ensemble at the charity event 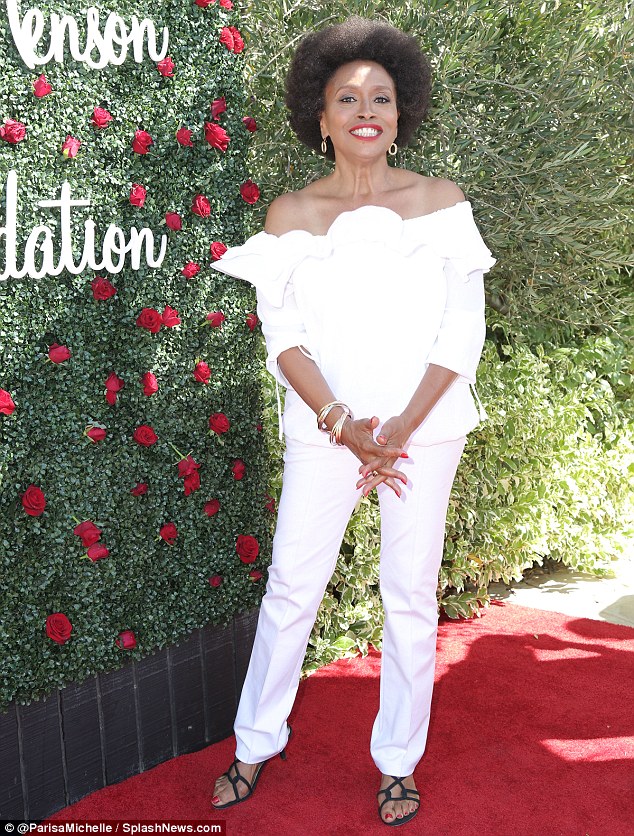 Angel in white: Lewis, 61, has starred in films like Beaches, Poetic Justice and The Preacher’s Wife

‘BLHF is breaking the silence by speaking out and encouraging others to share their challenges with mental illness and get the help they need,’ said Tracie Jenkins, executive director for the foundation.

‘African-Americans have regarded such communication as a sign of weakness and our vision is to change that perception.’

All of the funds raised for the foundation will help provide resources to help increase mental health support in urban schools.

It will also partner with school districts help to provide mental health therapists, social workers and counselors to African-American children in need and other nonprofit organizations that offer mental health wellness programs as well.

The mission: All of the funds raised for the foundation will help provide resources to help increase mental health support in urban schools, as well as help to provide mental health therapists, social workers and counselors when needed