He was honored with an all-star 85th birthday tribute concert at the O2 Arena in London in June.

On Tuesday, the birthday celebration came back across the pond in the form of Q85: A Musical Celebration for Quincy Jones at the Microsoft Theater in Los Angeles.

And what better way to shine the spotlight on such a festive event than to have one the one-and-only Oprah Winfrey as a presenter. 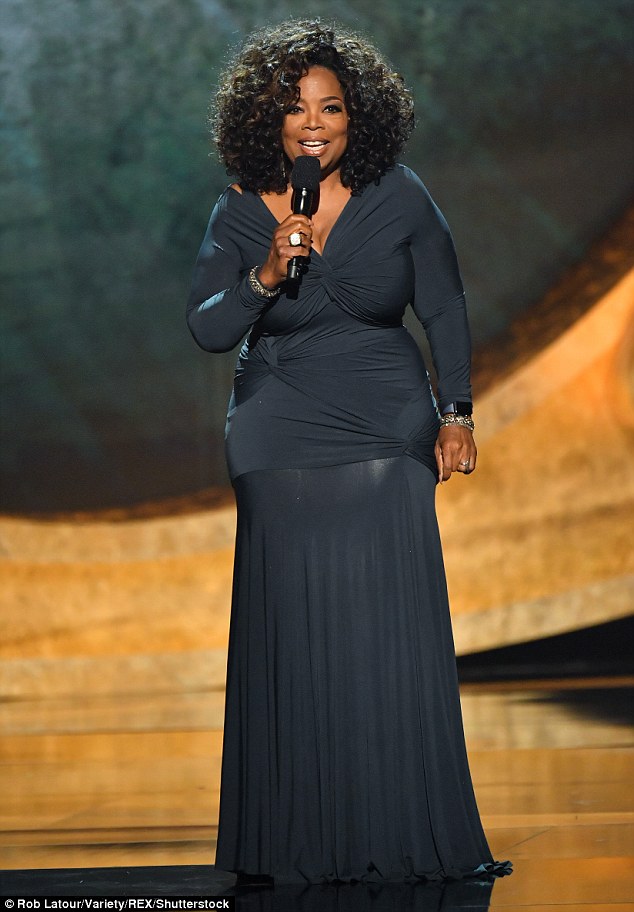 Picture of elegance: Oprah Winfrey presented at the Q85: A Musical Celebration For Quincy Jones in Los Angeles on Tuesday

Oprah, 64, was the picture of elegance in a black gown that hugged her curves from the hips up, but stylish hung off her body from the legs down.

The media mogul accessorized with a pair of high-fashion bracelets and rings.

And, on this night, she had her dark tresses styled in a shoulder-length bob, complete with major volume and curls.

Turns out, Oprah and Quincy have been friends since he discovered her for her iconic role in the 1985 period drama The Color Purple. 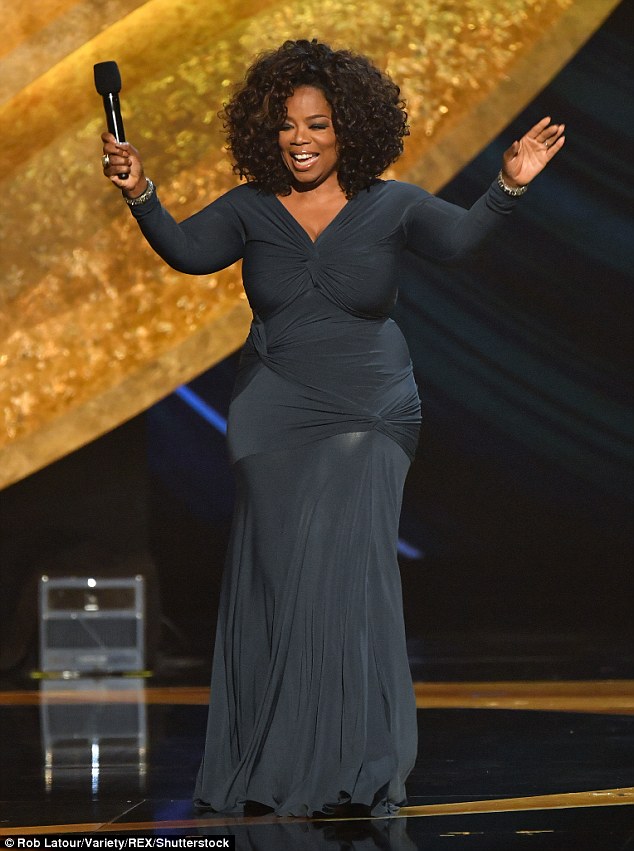 Icon: The media mogul shined in an elegant black gown as she paid tribute to Quincy

The tribute concert was a live television show taping that is expected to air at a future date.

The birthday bash at London’s O2 Arena in June, titled Quincy Jones: A Life in Song, got good reviews, according to AXS.

The three-hour show had an orchestra and featured mostly British artists who performed songs that Jones had written or produced. 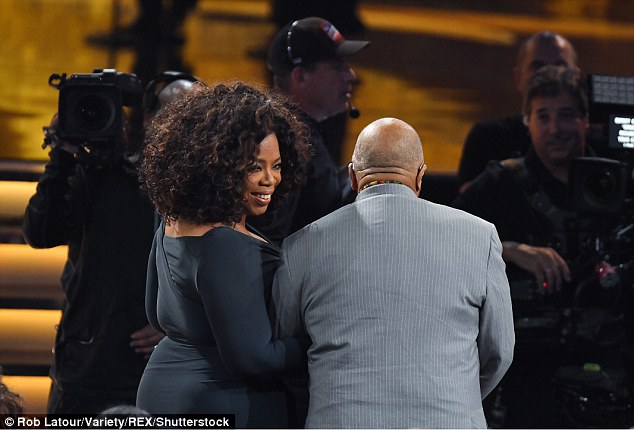 Long-storied history: Oprah and Quincy have been friends since he discovered her for her iconic role in the 1985 period drama The Color Purple

Quincy’s daughter/actress, Rashida Jones, worked with filmmaker Alan Hicks on the project, which has been described as ‘an intimate look into the life of the iconic music producer, trumpeter, songwriter, conductor, composer and music arranger.’

The IMDb synopsis added: ‘A unique force in music and popular culture for 70 years, Jones has transcended racial and cultural boundaries; his story is inextricably woven into the fabric of America.’

Rashida, 42, and Hicks had the monumental task of sifting through 800 hours of new video they shot and 2,000 hours of archival footage.

The music legend came to prominence in the 1950s as a jazz arranger and conductor, before moving on to popular music and film scores.

Along the way he won 27 Grammys and produced albums for late musical icons such as Ray Charles, Michael Jackson, Frank Sinatra, and Aretha Franklin.

Quincy Jones turned 85 back on March 14.

Iconic: Quincy Jones turned 85 on March 14; he was also honored with a birthday tribute concert at London’s O2 Arena in June

WATCH: MSNBC Apologizes for Confusing the Late Alcee Hastings With Another Black Congressman During Coverage of Hastings’ Death

Writer for National Geographic’s “Genius: Aretha” Says Show Was ‘Fueled by the Spirit’ and a Lot of Prayer