(Duncan’s family and Manigault Newman have been publicly feuding since his death in 2012. Judy Duncan is pictured on the right at the actor’s memorial service)

Family and friends of the late Michael Clarke Duncan are once again lashing out at Omarosa Manigault Newman accusing her of ‘manipulating’ her ex to change his will in the months before he suffered a heart attack and died.

Judy Duncan, who has publicly feuded with Manigault Newman in the past, slammed the former White House adviser for being money-hungry, telling the Daily Beast that she made the Green Mile actor alter his will so she would receive most of his fortune – while the family was left with very little.

Judy said the last time she saw her brother before his September 2012 death was around Christmas 2011. She said the actor ‘seemed a bit off’ and was not acting like his ‘natural, normal self.’

‘I think anyone can be manipulated at any time. I think there’s always somebody that’s going to try and get something out of you, and I think that’s what it was,’ she said, reiterating her claims that Manigault Newman influenced Duncan to alter his will. Michael Clarke Duncan’s family lashed out at Omarosa Manigault Newman (bottom) in a new interview. Duncan is pictured at the top in 1999 with his sister Judy Duncan 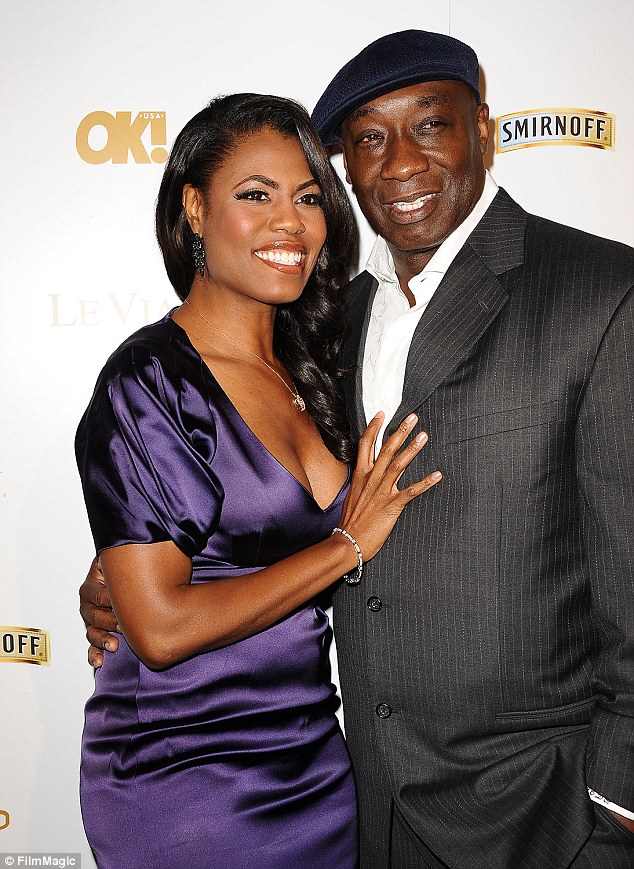 ‘Because like I said, the last time we saw him, he just wasn’t right. There was something going on, and I know it. So for him to have left her everything, there was some manipulation there.’

Judy said Duncan ‘was not of sound mind when he made the changes… slurring words and stumbling around.’

She added: ‘People want me to comment on her, and it’s like, what can you really say about a serpent, other than it’s a serpent? I’m not a snake handler, so I stay away.’

Duncan’s niece, who did not want to be named, told the Daily Beast that Manigault Newman repeatedly brought up the will while the actor ‘was sitting there in a coma’. The niece said Manigault Newman also ‘asked for his sperm while he was in a coma’.

She told the outlet that she was upset that Manigault Newman got personal items the actor left behind. She said she wanted Duncan’s Green Mile chair as a keepsake, but it was reportedly sold.

The niece said her son wanted some of Duncan’s favorite watches and cologne he wore, but he never got anything.

‘She was getting way more than any and everybody. And that just sat wrong,’ the niece said. ‘She got some stuff that originally my oldest son should’ve had in the will. And also it was changed to the point where the will stated that if anybody in the will contested, they got nothing. Who writes that in a will?’

She added: ‘As a family, we’re not trying to exploit his death for financial gain. We’re not trying to get ahead. It was just like, why would my uncle leave family things to a girlfriend? No matter what else she got, why personal things?’ The family also said Manigault Newman was never engaged to Duncan and said she did not display and ‘engagement ring’ until the funeral. Manigault Newman is pictured at the actor’s memorial service on September 10, 2012 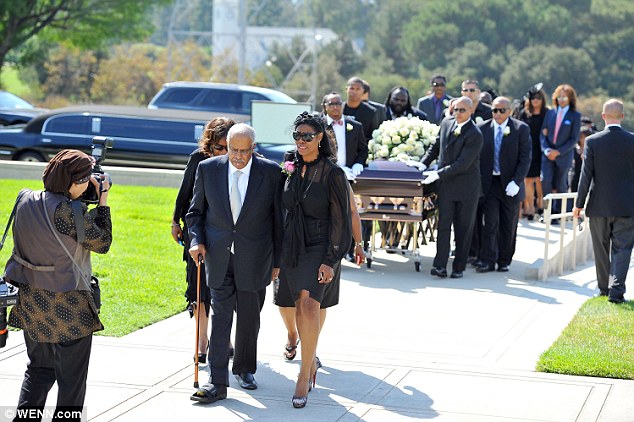 According to the niece, Manigault Newman had an estate sale and sold most of Duncan’s belongings, including the things family members had asked for.

The family also accused the former Apprentice reality star of lying about being engaged to Duncan, claims they have made in the past. Several members said Duncan never proposed and had started dating other people.

‘At the hospital, it was brought up about her being engaged, and she showed my mother a picture of a ring that she had printed off from somewhere,’ Duncan’s niece recalled.

‘She never showed my mother the actual ring. And then mysteriously after his death she started wearing a ring. But it was not the ring that she had shown my mother (in the picture). It was a different ring.’

Andrea Weltman, a friend of Duncan’s, said the entire time she was in the hospital with Manigault Newman the former reality star never displayed a ring.

‘I never saw a ring. And she made sure that it was front and center at the funeral, she had pictures taken of it,’ Weltman said.

Another long-time friend Kevin Jones accused Manigault Newman of using Duncan’s death ‘to elevate her own self’.

Jones told the Daily Beast that he was not allowed to visit his ailing friend in the hospital prior to his death and said Manigault Newman purposefully told the actor’s friends that he was going to be okay to keep them away.

‘Omarosa put on this front to me that he was just OK—like he had a heart attack, but he’s responsive—and that was never the damn truth. And I never got a chance to go out there and be by his bedside, and I think she did that intentionally, because she didn’t want me out there,’ he said.

‘She lied to me and told me that he was going to be OK, and I didn’t even get to go out there and see him. My god.’

Duncan’s niece said the family was not allowed to talk publicly about the actor being hospitalized because Manigault Newman reportedly felt it would ‘mess up a lot of his business deals and contracts’.

Another issue the family has with Manigault Newman is how Duncan’s funeral turned out. Weltman described it as a ‘five-hour red carpet funeral’.

Others said they were not allowed to help plan the memorial service and whenever they picked out something for the funeral, Manigault Newman reportedly changed it.

‘I didn’t get to plan the funeral,’ Judy said. ‘When I went to pick out flowers, she changed them. And that hurt me so much. Because this is my only brother.’

Manigault Newman has not responded to the family’s claims, and her rep has not yet returned DailyMail.com’s request for comment.

However, in previous interviews Manigault Newman has made it clear that there is tension between her and her ex’s family. In the past she has accused his family members of asking him for handouts.

‘I don’t control the estate or the finances and Judy knows it. If you saw all of her emails and texts to me, you would see that she is just trying to get money from me, and threatened going to the press if I did not give it to her and that is a crime!’ she previously said, according to the Daily Beast.

In her new book Unhinged, Manigault Newman said: ‘I had to deal with all of Michael’s long-lost family members and associates who came out of the woodwork making demands for money and inheritance.’

Lamar Odom Announces He ‘Got Saved’ at The Word Church and is ‘Doing the Best I Can in Walking With the Lord’, Thanks Jesus...