Google is preparing to release a new Chrome Material Design refresh next month. “Chrome Browser will have a new design across all operating systems,” reveals Google in its latest Chrome enterprise release notes. That new design will debut in the Chrome 69 release, which is currently scheduled to release on September 4th.

Chrome’s new desktop design will include a more rounded and whiter appearance, but the mobile version of Chrome has been majorly redesigned on iOS. Google is moving the navigation controls to the bottom of the screen, making it far easier to use in one hand or with an extra tall display. You can already enable some of the changes in the current Chrome 68 release for both desktop and mobile. 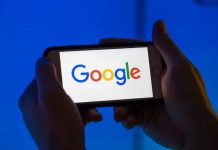 Google Could Soon Have Native Ad-blocker for Chrome

Now, You Can Talk to Your Google Chrome Browser