In 1874, Harry Houdini was born as Erich Weiss. Houdini was an aviator, a film star, and a profound marketing genius, but ultimately he was an expert on the human psyche, able to manipulate people’s perceptions and their experience of reality for the purposes of entertainment.

Houdini was the son of an Hungarian Rabbi who settled his family in Appleton, WI. I recently spoke at an event near Appleton and between my messages I wandered down to a beautiful urban park named after the famed Harry Houdini. Houdini Park is a street corner park set amidst historic buildings and churches. There, you will find a wall inscribed with one of Houdini’s most memorable quotes: “What the eyes see and the ears hear, the mind believes.” This statement summed up his understanding of misdirection, and with this singular principle, he could manipulate people’s perceptions and shape their experiences.

This black slab wall with this thought-provoking quote was a sad backdrop, however, for my encounter with a homeless man named Lance. As I sunk into a low high-back porch chair amidst lush green grass and gorgeous trees, I noticed the park’s activities. There were energetic youth skateboarding and playing lawn games. There were couples holding hands and families eating ice cream and taking pictures.

By everything I saw with my eyes and heard with my ears, it was a gorgeous summer night.

In the center of the park, however, was a very stereotypical homeless man yelling into the air, waving at imaginary people, and glaring at anyone who would make eye contact. Now, I know that we are supposed to look past such people and pretend we don’t hear them—to see only what we choose to see—the trees, the couples, and the young people having fun.

Within a few minutes, this man spotted me, walked across the park, and pulled up a high back chair of his own, sitting within six inches of me. Lance began to rant, repeating strange phrases and profanities that expressed deep anger and sadness. Instead of moving, I chose to listen and engaged him with my eyes. I never looked away as he began to slow down and articulate his despair with a greater intentionality.

That day, Lance told me horrible things, but I believe everything he told me was the truth. He told me that the young, energetic skateboarders frequently harassed him, demanding that he yell the N-word on their behalf to the African-American park patrons. Lance told me the young people playing lawn games had hand guns and occasionally threatened to shoot him if he didn’t leave Houdini Park.

He told me the families and couples took pictures of the buildings, but avoided him and avoided getting him in their pictures. Who could blame them? Lance had recent head trauma and stitches on his face. Dried blood covered his eye socket like a morbid tattoo. His fingers were burnt from drug pipe use and he had the stench of BO and alcohol on him.

But as we sat opposite one another in those high back chairs, in contrasting life situations, there was a deep connection—I saw him and he saw me. That day, I chose to believe something I didn’t see with my eyes and didn’t hear with my ears.

There are a million Lance’s on our urban streets and it is easy to consider them as dispensable, disposable, and invisible. When we allow Lance to mix in with the background, to become a park accessory like a high-back chair or monument, we ignore the reality of a man made in the image of God, a precious yet broken creation of the living God. 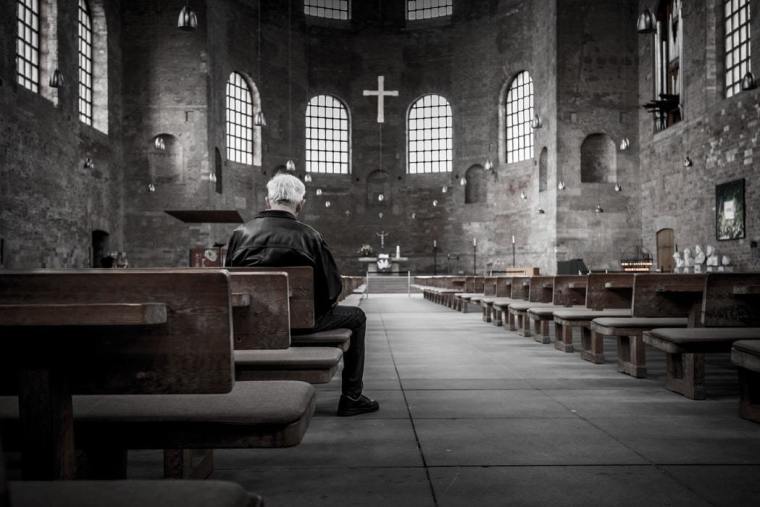