You may never know the woman next to you in church had a miscarriage.

Pregnancy loss happens to as many as one in five pregnant women before the 12th week. Yet researchers have found the topic remains a social taboo, often considered almost a nonevent because of the lack of status accorded to a developing child in the early stages in the womb. The experience is validated by many Christian women who harbor the pain of a “secret miscarriage.”

Add to that a general ignorance about abnormal cell development and other causes of most miscarriages, and many women would rather not suffer the victim-blaming inquiries of whether they lifted something heavy or smoked during the pregnancy.

There is some hopeful news, however, for couples grieving over the loss of an unborn child they already envisioned as part of their family.

If social support is generally lacking elsewhere, some new studies are finding there is one area of life that can have a significant positive effect on the mental health of women dealing with miscarriages: faith.

In a new study analyzing six waves of the National Longitudinal Study of Youth, sociologist Richard Petts of Ball State University found that religion may increase mental health and be an important coping mechanism for women dealing with pregnancy loss.

“The social support and framework provided by religion may be especially beneficial to mothers who miscarry but also have a live birth,” Petts noted.

The results were published in the March 2018 issue of the Journal for the Scientific Study of Religion.

Researchers have generally found that religion can be an important resource for those coping with loss, including the death of a child.

Yet relatively little research has been done on the role of religion, pregnancy loss, and mental health. What studies that have been done have largely focused on a small group of women in a limited area.

Where Petts’s study makes a major contribution is in using six waves from 2000 to 2010 of a nationally representative sample of young women. The final sample size was 3,646 females who reported having a miscarriage.

“Overall, these results suggest that religious participation may help protect against negative mental health outcomes among women dealing with miscarriage,” Petts stated. Though, the paper doesn’t distinguish religious affiliation, 86 percent of those surveyed identified as Christians.

Akin to experiences CT writer and author Trillia Newbell has described in her writing, other recent research affirms a positive role for religion in helping cope with miscarriage. 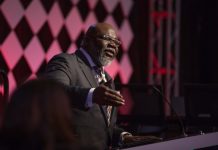