On Tuesday, the beloved 96-year-old actress – an engaging personality whose fan base crosses many generations – gets a PBS tribute, “Betty White: First Lady of Television” (check local listings).

As “First Lady” illustrates, the five-time prime-time Emmy Award winner’s accomplishments are legion. Here are a few reasons that fans hold her in awe:

She’s the ‘first lady’ in more ways than one

The title fits as an honorific, but literally, too.

Over her eight-decade career, White was there for the infancy of television. Her first performance came in 1939 on an experimental broadcast, followed by a co-hosting gig on “Hollywood on Television” in the 1940s and a sitcom, “Life With Elizabeth,” which she starred in and produced in the early 1950s.

In 1954, White produced her own national TV show (“The Betty White Show”), assuming a role that had been the domain of men, and hired a female director, a move that stood out in the prefeminist era.

She stood firm against racial pressure, even though it could have hurt her career

Her daytime variety show featured Arthur Duncan, a talented young singer and dancer who credits White with giving him his start in show business. According to a PBS biography, Duncan was the first black series regular on a talk/variety show.

However, as White’s show expanded nationally, she faced a potential boycott from stations in the South, which threatened to pull it from the schedule if White didn’t remove Duncan. “I said, ‘I’m sorry. Live with it,’ ” White says in the film.

During a panel in July at the Television Critics Association summer press tour, Duncan said he wasn’t aware of the matter until White wrote about it years later. “She just stood up for her beliefs. That solved everything at the time.”

Many actors might have been intimidated about succeeding Valerie Harper, whose wisecracking, self-deprecating Rhoda Morgenstern was the best friend of Moore’s Mary Richards.

But White, who guest-starred before taking a full-time role in 1974, created her own icon in Sue Ann Nivens, winning two Emmys as the character whose cheerful Happy Homemaker veneer barely concealed the cutting, sexually voracious schemer underneath.

Sue Ann’s naughtiness was at odds with White’s wholesome persona, illustrating her acting skills. At a time when most female characters weren’t allowed the personality flaws that created great comedy opportunities for their male counterparts, White luxuriated in Sue Ann’s peccadilloes, playing them to the humorous hilt.

She showed her range on ‘The Golden Girls,’ playing against the Sue Ann type

Rose Nylund was the opposite of Sue Ann. Of all the “Girls” characters, worldly Blanche (played delightfully by Rue McClanahan) was the closest to White’s “Mary Tyler Moore” character, but she counterintuitively chose sweet, naïve Rose, winning an Emmy during the run of the much-loved comedy (1985 to 1992).

Jim Denison on Why Christmas Should be All About Christ 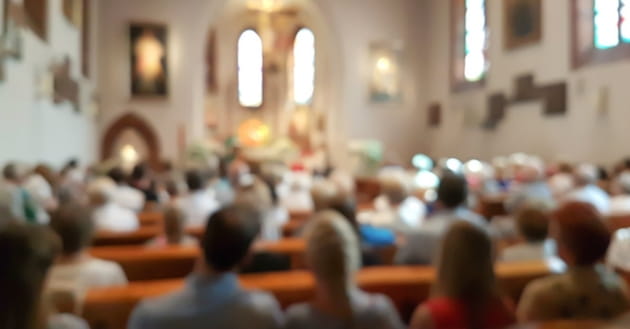