He is known as the ‘Warrior Monk’ who has lived a spartan life which he has devoted to the military.

But Secretary of Defense James Mattis once nearly quit the Armed Forces and got married – to a woman who jilted him at the altar.

Mattis’s former fiancée Alice Clark told DailyMail.com that she left him three days before the ceremony in Hawaii in 1981 because she could not stand the prospect of being apart from him for months while he was on deployments.

Mattis was all set to quit the military and settle down with the only woman who would truly win his heart.

The 67-year-old Marine has never married and has no children.

In an exclusive interview Clark, now 71, said: ‘If he had married me he wouldn’t be Secretary of Defense.’

At the time Mattis was a 30-year-old Marine captain who was tipped for the top; Clark was 36, and an ‘attractive, unattached’ woman, according to a new book about Mattis. 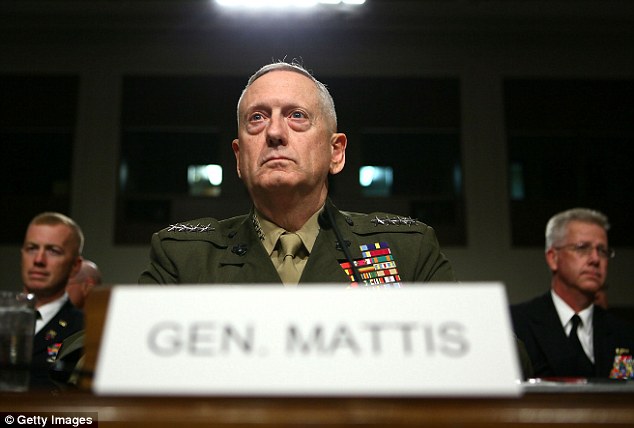 Love, not war: Secretary of Defense James Mattis once nearly quit the Armed Forces to marry the only woman he truly loved, a new book reveals 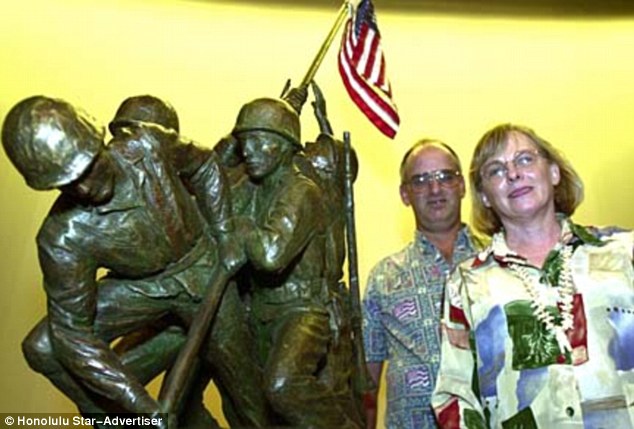 The one who got away: Mattis was engaged to Alice Clark, 71,  (pictured right with her husband Sefton, 69) but she called off the wedding three days before the ceremony

She called it off because she felt she would be a ‘burden to him and his career’ and made her dramatic decision even though guests had begun arriving and the caterers were getting ready, author Jim Proser writes in No Better Friend, No Worse Enemy: The Life of General James Mattis.

After breaking up with Mattis, Clark married her husband Sefton, 69, and spent the rest of her life in Hawaii where she remains to this day.

Mattis continued his career in the Marines and rose up the ranks and helped lead the US invasion of Iraq in 2003 before becoming Secretary of Defense under President Donald Trump.

Mattis has become known as the ‘Warrior Monk’ – a tough-talking intellectual who quotes Homer and Sun Tzu and takes books of Stoic meditations by Roman emperor Marcus Aurelius to the front lines.

His small stature and glasses belie a man who once told his troops: ‘Be polite, be professional, but have a plan to kill everybody you meet’.

At the time Clark met Mattis she was known by her maiden name of Alice Gillis.

Mattis and his troops had returned from Operation Eagle Claw, the backup rescue mission for the Iran hostage crisis, and had a stop in Perth, Australia on the way back.

According to the biography, when they were back in Hawaii, Mattis and Clark began their relationship ‘slowly’ and Mattis ‘kept it from most of his closest colleagues’.

The book says: ‘Because she shares his reverential worldview and has a deep appreciation for the Marine Corps, the romance grows.

‘He is ready for this romance. Mattis has traveled the world, met civilian and military leaders in dozens of nations and seen much of what the world has to offer.

‘He has tested himself in extreme conditions and passed those tests. He has found his place among men in the brotherhood of arms. His obvious self-confidence in the simple spartan lifestyle of a Marine officer signals his maturity and readiness for a more serious relationship.

‘He relinquishes command in matters of the heart to Alice’.

The idyll was short-lived and in April 1980 Mattis was deployed again, this time to Africa, the Middle East, and the Philippines, returning more than three months later in August.

He proposed to Clark, she accepted and they set a date in June 1981 to coincide with his return from his next posting.

They planned a ‘private’ ceremony with a few close friends and family but a few days before Mattis was due to depart, Clark began to have doubts.

The book says that the long times apart, the ‘frequent moves to different parts of the world’ and the ‘constant threat’ of him being killed start to weigh on her.

The book says that Clark gave Mattis an ultimatum: choose her or the Corps.

Speaking to DailyMail.com Clark gave her account of what happened next.

‘We were engaged to be married but it didn’t work out. Three days before the wedding his commanding officer called me and said he resigning because of you. I called off the wedding,’ she said.

‘If he had married me he wouldn’t be Secretary of Defense.’

She said: ‘Being a military wife would have been OK, the trouble was his deployments, him being gone for months at a time’.

She said Mattis was ‘very sad’ when she told him she was breaking it off but it was the right thing to do, ‘I just remember him as a good man.’

Teacher at U.S. Army Base in Germany Charged With Sexually Abusing Two Children